‘We need to keep our fingers crossed for the restart’: Aston Villa defender Frederic Guilbert admits he is itching to get back on the pitch and help the team secure Premier League survival

Aston Villa defender Frederic Guilbert has revealed he is desperate to return to action as Premier League bosses try to push ahead with Project Restart.

Dean Smith’s team would resume 19th in the table – albeit with a game in hand – if the 2019-20 campaign is able to begin again, while they would likely be relegated by the points-per-game formula that may be used if the season is curtailed.

‘We need to stay positive. We play football. It’s the best work in the world. Life is most-important for me,’ said Guilbert.

‘We need to keep our fingers crossed for the restart. We speak a lot on WhatsApp group. The players are positive.

‘It’s been a good season because I’ve played a lot, but some of the results have not been the best and I think we can do better.’

Guilbert has been working at his home to manage a knee problem but admitted life in lockdown had been difficult. 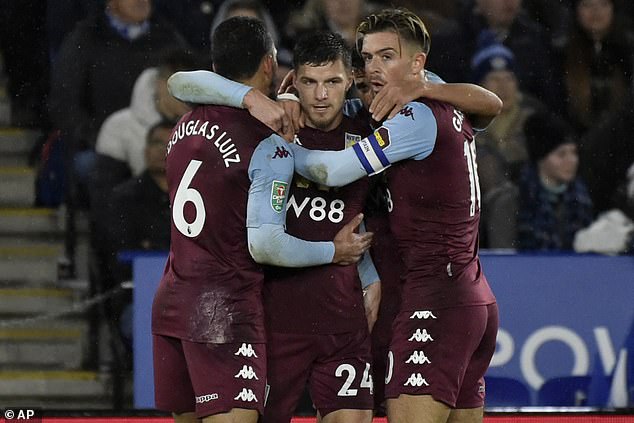 The 25-year-old has been forced to stop English lessons and has been passing the time by maintaining fitness in his home gym.

He added: ‘I follow the programme. I have a specific programme because I have pain on my knee. I’m working hard to be present when league restarts. I try to speak English but my English is not very good.

‘Now it’s three months I haven’t had an English lesson. It’s difficult. I stay at home. I have a gym in my home. Every day I run and I do gym. It’s not the same, we don’t touch the ball or see our friends.’