Aston Villa face a defensive injury crisis after Lucas Digne suffered an ankle injury that is likely to keep him sidelined for several weeks.

The left-back, who had been called into the France squad, has a suspected stress fracture which has ruled him out of the forthcoming Nations League fixtures against Austria and Denmark.

Yet the injury is also likely to have an impact on Villa, who are already without centre-back Diego Carlos, right-back Matty Cash and holding midfielder Boubacar Kamara.

Boss Steven Gerrard admitted he was ‘worried’ about Kamara, who sustained a knee problem in the first half of Villa’s 1-0 win over Southampton last Friday. The fear is that the former Marseille man has damaged ligaments and will face a significant spell out of action.

Gerrard was already without his other major summer signing, Brazil centre-back Carlos, due to a ruptured Achilles in the second game of the season, while Cash missed out on Poland’s squad for the Nations League because of a hamstring injury.

Villa have taken four points from their last two matches – a draw with Manchester City and the victory against Saints – after a difficult start to the campaign that had produced four defeats from the opening five matches. 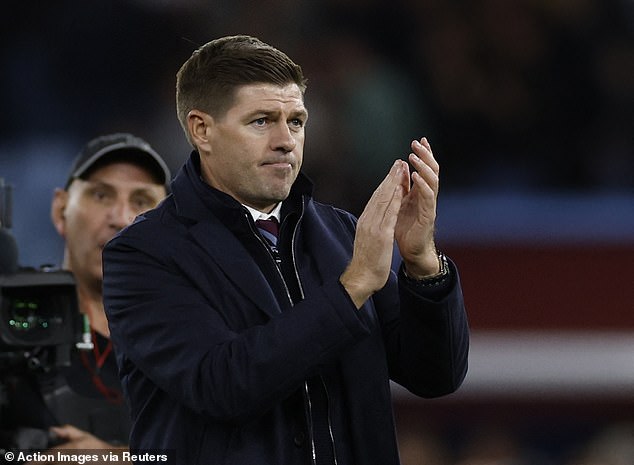