Mikel Arteta has told his Arsenal players to keep their feet on the ground after they rounded off their US pre-season tour with a 4-0 win over Chelsea.

£45million arrival Gabriel Jesus opened the scoring in Florida before Martin Odegaard, Bukayo Saka and Albert Sambi Lokonga all found the net as the Gunners dominated against their London rivals.

Mikel Arteta’s side have enjoyed a flawless pre-season so far, winning all five of their friendly matches, and a comprehensive victory over the Blues was their most impressive showing to date.

Nonetheless, Arteta was keen to temper expectations with just two weeks to go before the start of the Premier League season.

‘There were a lot of positives in the way we played but it was a friendly match,’ the Spaniard said. ‘It was a test. There are still a lot of things we have to do better, so don’t get carried away.’

It was a first outing in Arsenal colours for Oleksandr Zinchenko following his £30million move from Manchester City last week.

The Ukrainian put in an encouraging display at left-back before being withdrawn at half-time and echoed Arteta’s sentiments after the game. 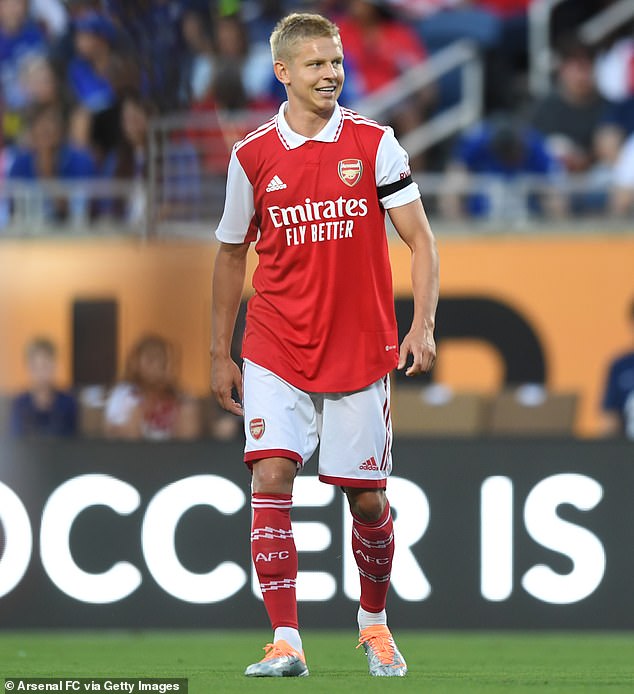 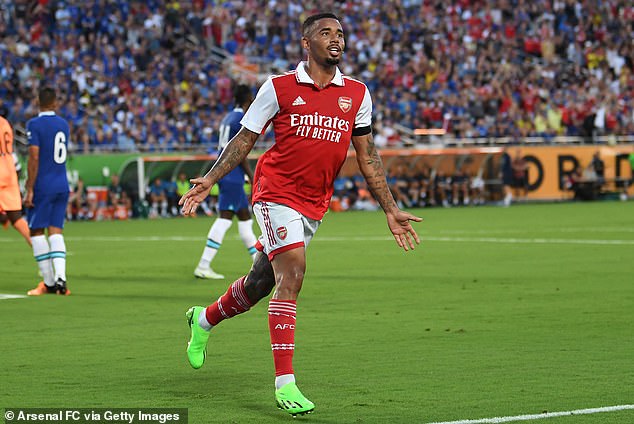 ‘To beat Chelsea 4-0 is a great result but this is a friendly and in the Premier League it will be completely different,’ he said.

Arsenal finished five points behind the Blues in the English top-flight last season, so will hope to bridge that gap after a promising summer of spending.

As well as Jesus and Zinchenko, midfielder Fabio Vieira has joined from Porto for £34million but is yet to feature due to injury.

The Gunners have one more pre-season friendly to play, against Sevilla in the Emirates Cup on Saturday, before they begin their Premier League campaign with a trip to Crystal Palace on August 5.