Arsenal’s summer could be an interesting one. Head coach Mikel Arteta has only been in charge of 15 games – not a great deal of time to assess his squad. What is clear, though, is Arsenal – like many other clubs – will have a limited transfer budget.

They committed over £160m under Unai Emery last summer, and face the prospect of a fourth consecutive season in the Europa League – not to mention the impact the coronavirus pandemic has had on finances.

So, who will stay or go?

Bernd Leno has started every Premier League game this season and will continue to be number one under Mikel Arteta. Bought for less than £20m two years ago, Leno turned 28 in March.

Behind Leno is Emiliano Martinez. The Argentine arrived at Arsenal in August 2011 and has started just three Premier League games. 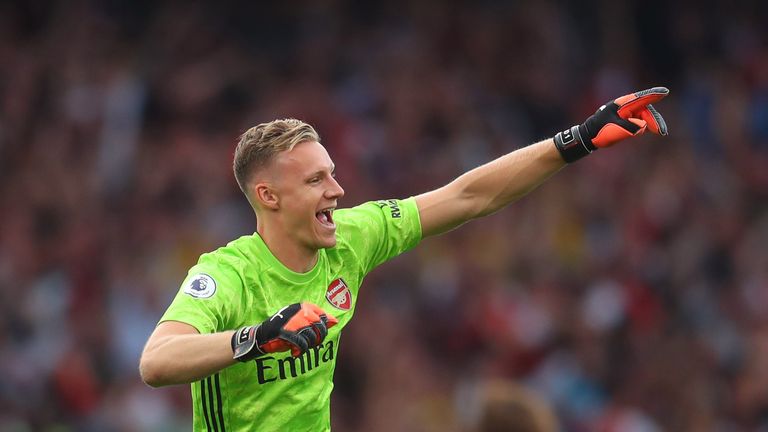 He’s had six loan spells in that period. Martinez has talked about returning to boyhood club Independiente one day – but should stay put for now.

Third choice Matt Macey could leave, though. His contract is up next summer.

There could be a lot of movement in the defensive positions. At right back, Hector Bellerin is currently first choice and still has three years remaining on a long-term contract.

Cedric Soares arrived from Southampton in January to provide competition for Bellerin, but injury has prevented him from playing a single minute. That said, expect Arsenal to take up the option to make the deal permanent. Cedric will be a free agent at the end of his loan, and will cost nothing.

At left-back, Arteta believes Kieran Tierney will bring “something special” to Arsenal. Injuries have resulted in a stop start first season, but expect him to be one of the first names on the teamsheet when he’s fit.

Sead Kolasinac has provided cover for Tierney, but may decide his future lies elsewhere. There was interest from Serie A in January – and with his contract up in 2022, this could be the last chance Arsenal can get good money for him. 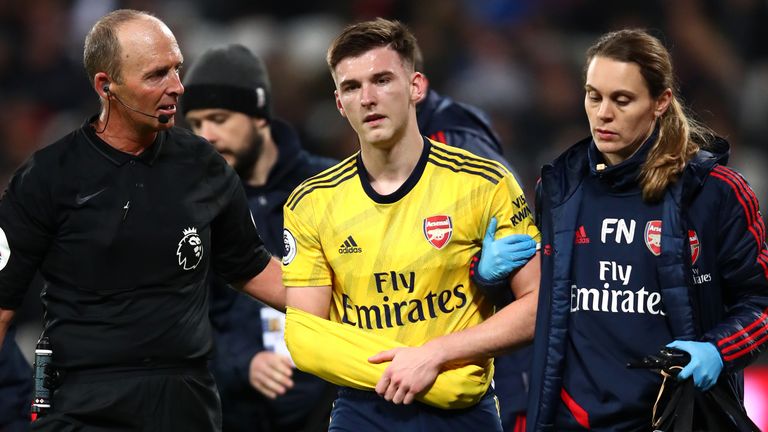 His departure could pave the way for Arsenal to move for Paris Saint-Germain’s Layvin Kurzawa. The France international will be available for free in the summer.

Central defence – where to start! Very likely there will be changes.

By the time next season gets underway, Arsenal could have EIGHT players in those positions.

They’ve already invested close to £30m on William Saliba from Saint Etienne. He was bought last summer and went back on loan to the French club for the season as part of the deal.

Arteta is also likely to instruct the club to make Pablo Mari’s loan from Flamengo a permanent move – he would cost in the region of £13.5m. Mari had just got into the team when the season was halted – Arsenal kept clean sheets in both of the games he started. 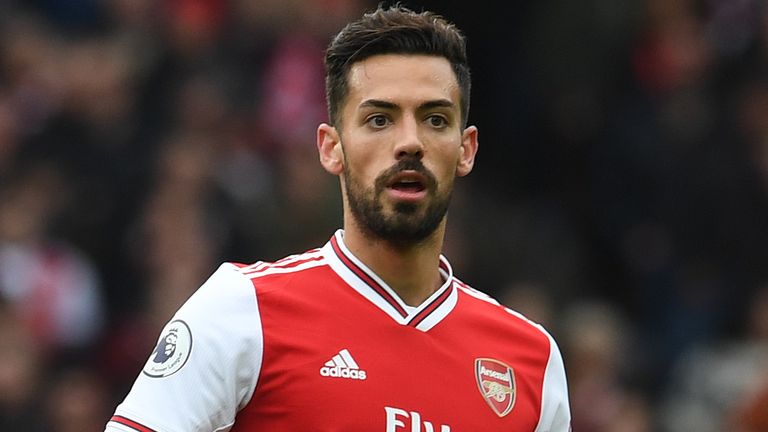 Luiz is said to be a positive influence for the young players, while Arteta says Holding will be a “very valuable player” for Arsenal. What’s more, Holding still has three years remaining on his contract – as does Mavropanos. The Greece U21 international is on loan at Nuremberg and may go out again to get more first-team experience.

Mustafi and Sokratis have a year left on their contracts, while Chambers has two. Chambers’ versatility could see him stay, but Arteta may see this as a final opportunity to get money for the other two.

Rewind to October 27, 2019. Granit Xhaka reacted angrily to a section of Arsenal fans, who jeered him as he was substituted against Crystal Palace. Some believed he had played his last game for the club and it looked like he would leave in January. He has since talked about a “restart” under Arteta – and while he didn’t get the captain’s armband back, he has once again become an important part of the team.

Mesut Ozil has a year left on his contract, and is likely to see it out. Yes, Arsenal will lose out on a transfer fee, but will eventually benefit given the German’s high wages.

Arteta is not scared to give youth a chance at Arsenal – but the futures of Joe Willock and Ainsley Maitland-Niles could be very different. Willock has been talked up as a potential long term number ten, while Maitland-Niles appears to be in limbo. 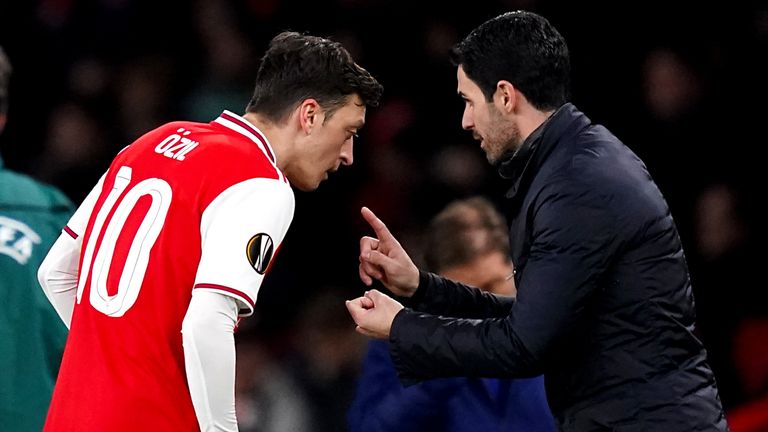 Willock has appeared in 10 of Arteta’s 15 games. Maitland-Niles has played three minutes since mid-January. Maitland-Niles sees himself as a midfielder, while Arteta has played him at right back. Was the loan signing of Cedric a sign his days at Arsenal could be limited? He still has three years to run on his contract and Arteta may give him the chance to prove himself.

The same could be said of Matteo Guendouzi. He was dropped for the Newcastle game in February (Arsenal won 4-0) but was then restored to the squad. He’s just turned 21 – expect Arteta to keep the faith.

There are doubts about three others. The agent of Lucas Torreira claims the player wants to return to Italy when the transfer window re-opens. If true, Arsenal may see this as an opportunity to raise funds to strengthen. 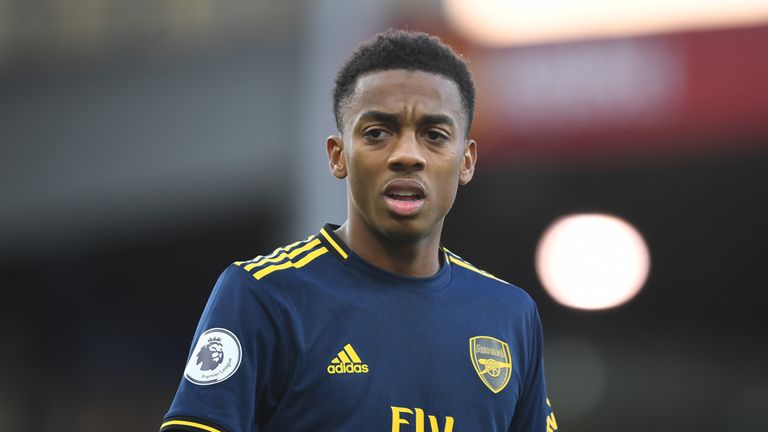 They may also look to sell Mohamed Elneny. He is on loan at Besiktas and is about to enter the final two years of his Arsenal contract.

Then there’s Dani Ceballos. He’s on a season-long loan from Real Madrid – there is no option to buy him. Budget constraints are likely to rule out a permanent move – it is thought he would cost upwards of £40m.

The big issue for Arsenal is captain Pierre-Emerick Aubameyang. Do they want him to stay? YES… but they are well aware his contract is up next summer. If he doesn’t sign a new deal, this summer is realistically the last chance Arsenal have of getting money.

However, prices will be impacted because of the pandemic. Arsenal may decide to balance what they could get for him with the money they could earn by qualifying for the Champions League. If Aubameyang scores the goals next season to restore Arsenal to Europe’s top table, then it might be worth the risk. 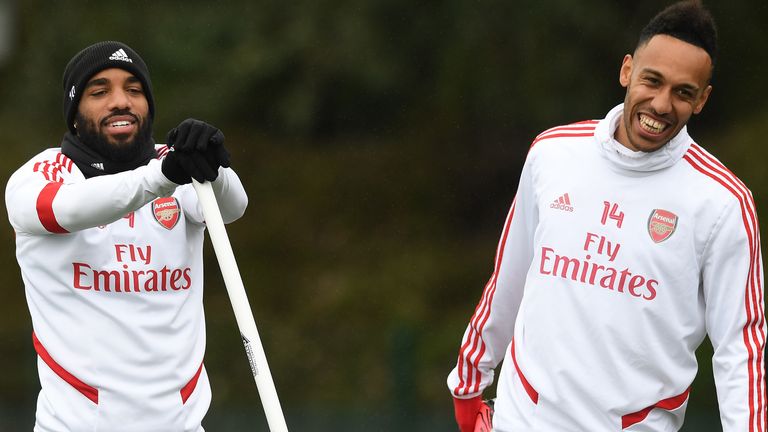 As for Alexandre Lacazette, has Arteta been planning for life without him? Lacazette was on the bench for three of Arsenal’s last four games – Eddie Nketiah preferred in attack. Lacazette has two years remaining on his contract. As for Nketiah – he is someone Arteta sees as part of his plans, and showed confidence in him by bringing him back to the club after limited playing time in a loan spell at Leeds.

Arteta also sees Reiss Nelson as a potential star, saying he could be “special”. Arteta says “young players are worth the risk”. So, we should see more action for the likes of Nelson, Gabriel Martinelli, Nicolas Pepe and Bukayo Saka.

At 18, Martinelli already has 10 goals in all competitions this season, while Pepe started to show the form that prompted Arsenal to invest £72m in him last summer. It should be remembered both are in their first seasons in England. 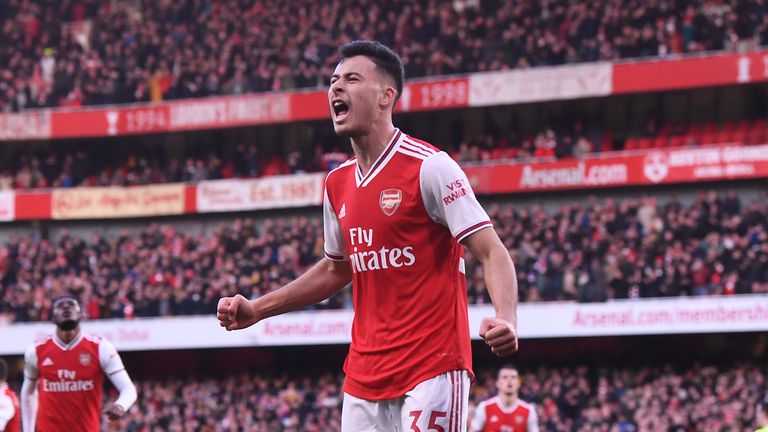 What about Saka? He has featured in all but one of the games Arteta has been in charge of – primarily as a left back. Arsenal want to tie Saka down to a new contract but have yet to find an agreement. Saka has one year left on his current deal. Arsenal will not want this to drag on, but are likely to take the risk of him entering the final 12 months and using that time to convince him to stay.