Arsenal head coach Mikel Arteta has several players pushing to start Saturday’s Premier League clash with Bournemouth. The Spaniard has a selection headache having seen an unchanged side so far record a perfect start to the 2022-23 campaign.

Arteta now has a big pool of talent to select from. Express Sport looks at who the Gunners boss might choose.

Shot-stopper Aaron Ramsdale has been one of Arsenal’s best performers over the last year. Many outsiders scoffed at the near-£30m it cost the North Londoners to prise him away from Sheffield United, but the 24-year-old has certainly impressed.

Ramsdale might have been disappointed to have seen James Maddison’s effort squeeze through his legs in the 4-2 win over Leicester last weekend. However, he is firmly Arsenal’s No 1 – and rightly so.

JUST IN: Arsenal transfer kitty could be set for an unexpected £7.5m hike

Tomiyasu and Cedric are now both fully fit. Both players had disrupted pre-seasons due to injuries.

However, Arteta could choose to go with the same back four that has performed so well in wins over Leicester and Crystal Palace. Ben White has done well in a slightly unfamiliar right-back role, while William Saliba has fitted in seamlessly – despite his unfortunate own goal against the Foxes.

Kieran Tierney appeared as a substitute last weekend but it will likely be the excellent Oleksandr Zinchenko who continues at left-back. 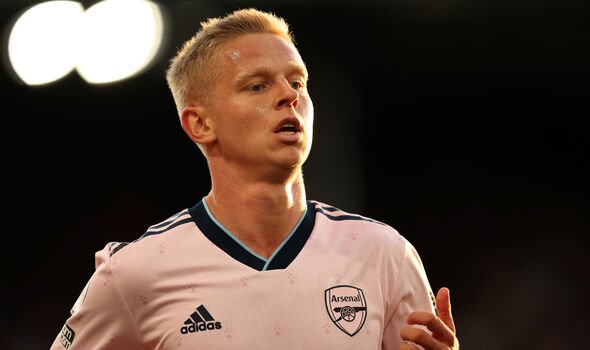 Thomas Partey and Granit Xhaka will surely continue their partnership in midfield. The pair have little competition for the position and Arteta could be tempted to sign another midfielder before the September 1 deadline.

Captain Martin Odegaard will play slightly ahead and link the midfield with the attacking trio. Vieira will be in the matchday squad for the first time after appearing for the club’s U21s in midweek. 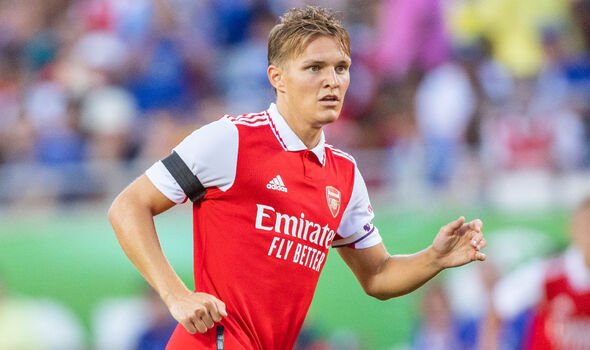 Arsenal have looked excellent going forward so far this season. Last season’s lack of goals – their downfall in their pursuit of Champions League football – has been plugged by the £45m arrival of Gabriel Jesus.

The Brazilian has scored two of Arsenal’s six goals this term, scoring a brace in the win over Leicester. He has impressed with his clever movement and link-up play.

Smith Rowe came off the bench against Leicester and continued building his fitness for the U21s. However, Arteta could choose to continue with a winning team.