Arsenal winger Nicolas Pepe has been labelled “a flop” by former midfielder Stewart Robson, who is however confident Mikel Arteta can get the most from him next season.

Pepe joined the Gunners in a club-record £72million move from Lille last summer off the back of a stunning Ligue 1 campaign.

But many have felt that the 24-year-old has underwhelmed in his first 12 months at the Emirates, despite posting up reasonable numbers.

From 32 games, Pepe has six goals and eight assists include four and six in 24 Premier League matches.

Only Pierre-Emerick Aubameyang, with 18, has been directly involved in more top-flight goals for Arsenal this season. 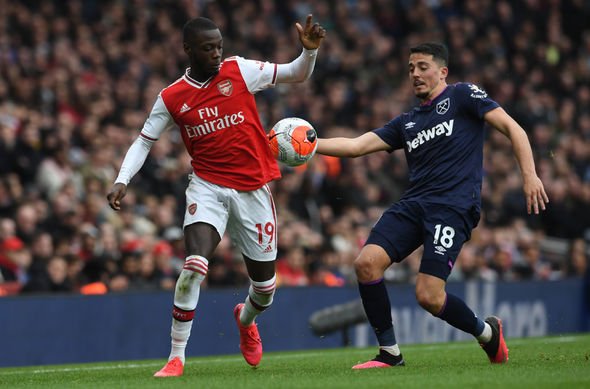 Pepe has had to play under three different managers in Unai Emery, who signed him, caretaker Freddie Ljungberg and now Arteta.

And while Robson, who played 186 times for Arsenal and was even named Player of the year in 1985, believes Pepe has yet to meet expectations, he’s confident the current Spanish head coach can get the best of the Ivorian.

Asked if it is too early to call Pepe a flop, Robson initially claimed it is “slightly too early” before backtracking and agreeing – at least for now.

Speaking on ESPN FC Extra Time, the pundit said: “Slightly too early [to call him a flop]. He hasn’t been a great success this season so far.

“He’s had one or two good games, couple of good free-kicks.

“I’m not sure they’ve found the right position for him.

“They’ve tried him on the right wing where he spent most of his time in France.

“Then they tried to play him upfront for a couple of games.

“Yet he’s got pace, he can do lots of things.

“At the moment they haven’t got the best out of him, he doesn’t look a confident player

“So he’s a flop at the moment but I think he can get better next year under Arteta.”

Pepe himself has acknowledged there is room for improvement in his performance levels for the North London club.

The forward said in January: “Things are definitely going better.

“I am still learning and there is plenty of room for improvement, but in terms of understanding, things are definitely becoming easier. 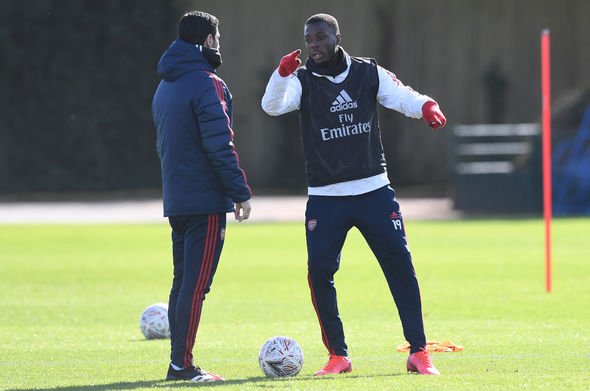 “Mikel has explained exactly what he would like me to do on the pitch and shown me videos that have stressed the importance of my positioning.

“He’s told me what he would like me to do to help me progress as a player.”

And last month, Arteta opened up on his plan to get more productivity out of the Ivory Coast wide-man.

“I’ll show him footage of what we want and on the training ground I will make him defend in situations where he is full-back and I am the winger,” said the Gunners boss.

“You have to feel the moment when the ball is here where you are weak and depending on the step that you take, how that effects the opponent every time, where the spaces are for the strikers, where the strikers want the ball in certain areas, it’s a process.

“It’s part of his development. He needs to open more doors to be more unpredictable for the opponent and give more options as well offensively to us.

“He’s working on it, he will improve, he will get better. He’s got the talent, an immense quality and he’s willing to do it.”