Arsenal forgotten man Lucas Torreira is set to finally seal his exit from the Emirates as the Uruguayan midfielder has reportedly finalised a move to Turkish side Galatasaray. The 26-year-old, who was on loan at Fiorentina last season, has spent the last two seasons away from the Gunners and is set to complete a permanent move to leave the club.

Transfer expert Fabrizio Romano claims that Torreira signed his Galatasaray contract on Friday night, and Arsenal are set to receive £6million plus add-ons for the man who made 63 Premier League appearances since joining the club in 2018. Those funds could be used for future signings, as Gunners boss Mikel Arteta admitted that his side are not finished in the transfer market.

“We are really active,” Arteta told reporters in his press conference ahead of Friday’s match with Crystal Palace. “As you can see with [the] ins and outs. Everything is still open; it’s a long window.

“A lot happens. It’s incredible how much business the club has already done. It shows how competitive the season will be. It’s not going to stop. Some players will have the need to leave, some others to move. Everything is still open.”

Arsenal have turned their attention to outgoings after bringing in Gabriel Jesus, Oleksandr Zinchenko, Fabio Vieira, Matt Turner and Marquinhos this summer, as goalkeeper Bernd Leno also recently departed to join Fulham. Former Gunner Kevin Campbell believes that the funds Arsenal are raising could be used in order to bring in players such as Leicester’s Youri Tielemans and PSV’s Cody Gakpo.

“Arsenal are clearing the decks,” Campbell told Football Insider. “They could sit there and play hardball until the last knocking of the window, of course they could. But right now, they need to get players off the wage bill. 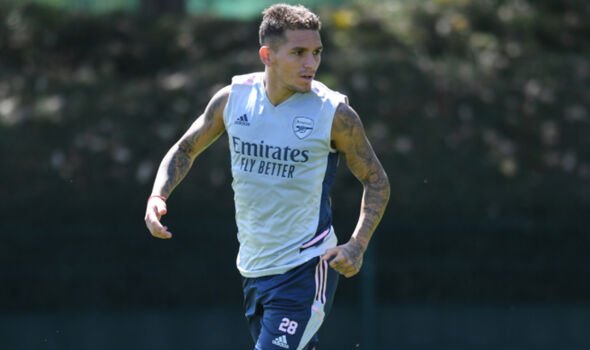 “If you can get £8m [for Leno] take it and move on. That £8m can go towards a [Youri] Tielemans or a [Cody] Gakpo. They have to get bodies out to create space to get bodies in.”

Torreira joined Arsenal from Sampdoria four years ago for a fee of £22m, representing a significant loss but he was deemed surplus to requirements by Arteta and technical director Edu has recently admitted that it was not keeping players around the squad who won’t contribute, even if it means losing money on their asset.

“Try to avoid one more year with the problem inside,” Edu told The Athletic. “In the dressing room, expensive, not performing. Clean, take it out. Even, I’m sorry, if you have to pay. To leave is better. Because that guy is sometimes also blocking someone. I know it hurts, I know it’s strange when I go to the board and say, ‘Sometimes it’s better to pay a player to leave than maintain them’. But I consider it an investment. Sometimes people say: ‘It’s expensive’. I say: ‘No, it’s investment’. But someone will pay if you sell? No, guys — if the player is above 26, 27 and not performing, big salary, no chance.”