Arsenal booked their spot in the quarter-finals of the FA Cup as they avoided another cup upset on Monday night, beating Portsmouth at Fratton Park – although they lost Lucas Torreira to a worrying-looking injury in the first half.

The Gunners dominated in the first half with 70 per cent possession but had little joy for much of the opening 45 minutes, their evening blighted by Torreira having to be carried off on a stretcher and given oxygen following a strong tackle.

The first half was underwhelming until Sokratis Papastathopoulos, arguably the visitors’ poorest performer until that point, brilliantly side-footed in a Reiss Nelson cross on the volley after a corner.

And that vastly impressed Arsenal after the interval. Shortly after half-time, Nelson added a second assist as Eddie Nketiah added his second goal in as many games, firing into the roof of the net from close range.

The away team then dominated proceedings in a calm and composed manner that will have been welcome watching for Arsenal supporters.

But how did Mikel Arteta’s charges perform individually? Express Sport rates and slates the north Londoners as they deservedly progressed to the next stage. 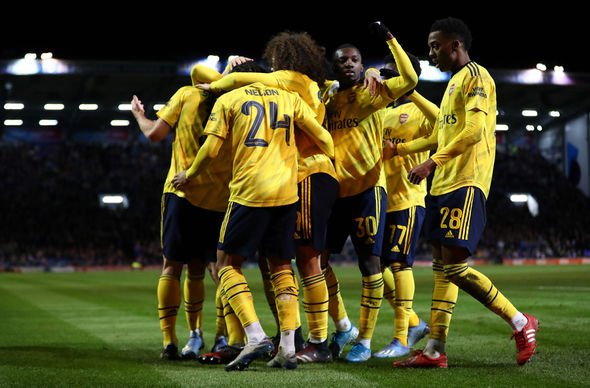 Didn’t really have to make a single save all game. Did well to punch a dangerous header across the box clear and well off his line to head clear of danger when Portsmouth threatened to get in behind Arsenal’s back-line before the break.

Struggled up against the lively Marcus Harness, who consistently cut inside and forced chances. Good ball to Martinelli that led to an Nketiah shot being deflected wide. Then a superb side-footed volley to put Arsenal up on the cusp of half-time. Was instructing some of the younger players on his way off at half-time as he showed his experience. Not tested as much in the second half.

Great reverse ball into Nketiah before the break after a jinking run saw him beat two men, but striker fired wide. Poor free-kick just before half time. Solid defensively with some great reading of the game and some important clearing headers.

A handful of good blocks and won several individual duels. Composed in possession too. A very solid debut for the Spaniard, who might have added a goal had he not mistimed a volley at a corner.

Tested the keeper on 22 minutes after a burst forward but his left-footed shot was tame. Less consistently involved offensively as in recent weeks though forced a great save late on when he drove into the box and saw a shot tipped over. 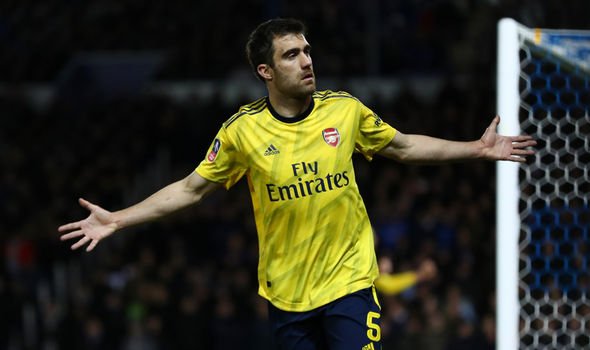 Off injured after 15 minutes following a strong challenge from James Bolton. Didn’t need to go to hospital afterwards, encouragingly.

Gave the ball away cheaply in the build-up to one Portsmouth chance. Booked for sarcastically placing the ball for a free-kick. Excellent recovery to break up one Pompey counter-attack before the hour.

Great run but poor execution of the cross for a Martinelli chance on 30 minutes, clipping it in when he might’ve been smarter to roll it across the floor. Remained involved in the first half and delivery was much better for the opening goal, whipping in one brimful with pace for Sokratis to side-foot in. Displayed his pace for the second goal, racing past his man to find Nketiah at the near post with another cross. An excellent return to the team and the best player on the pitch.

Largely underwhelming display. Headed over early in the second half, though cross was just behind him in fairness. Couldn’t get past Christian Burgess as the last man after breaking into the box.

Good run to set up Nketiah for an early chance and then missed great opportunity to make it 1-0 on the half-hour. Only had 19 touches in the first half despite Arsenal’s dominance of the ball but more involved in the second, heading wide from a Nelson corner. Had treatment in the second half but came back on and showed no signs of any problem with plenty of pressing.

Dragged wide from Luiz’s pass in the first half but on hand with a good finish for the second, poking in at close range after a good first touch and clever finish. Impressive off the ball as well. 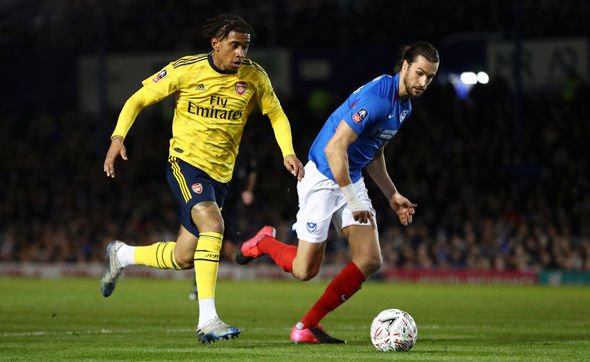 Replaced the injured Torreira. Brought down cynically for a free kick on the edge of the area, but free-kick came to nothing. Easily beaten by Ryan Williams for an early second-half effort.

A late introduction for Willock to help see out a clean sheet and a win.