Pierre-Emerick Aubameyang and Alexandre Lacazette appear “very, very happy” at Arsenal and the friendship between the pair could be crucial to the club’s hopes of keeping them long term. That’s the belief of former Arsenal striker John Hartson, who thinks the club should pay however much it takes to tie them down to new deals.

Aubameyang has less than 18 months left on his contract in north London but the Gabon international is vital to Mikel Arteta’s team, his 20-goal tally this term making him the club’s top goalscorer – 10 ahead of second-placed Gabriel Martinelli.

Lacazette is further behind with eight goals to his name this season having encountered trouble in front of goal after netting 19 times last term and 17 the year before that.

Like his strike partner, the Frenchman is closing in on the end of his current agreement and will have two years left on his deal come the summer.

Arsenal’s lack of Champions League football in the two strikers’ respective stints at the Emirates, Lacazette having played for the club for six months longer than Aubameyang, has led to suggestions they could seek to leave this summer. 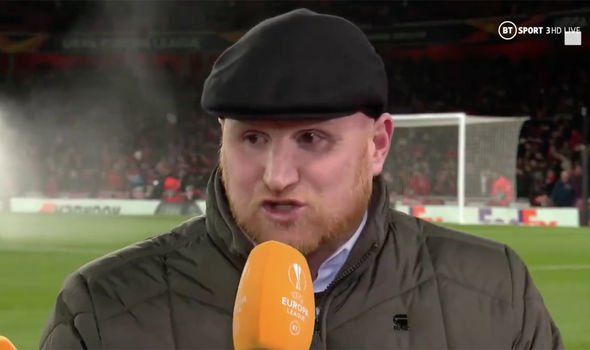 But Hartson is confident the Gunners, even if they fail to secure a spot in Europe’s premier competition for next season either via winning the Europa League or finishing in the Premier League’s top four, can keep the two frontmen.

Hartson said: “That could potentially happen [that they leave this summer], they might not – and the odds are stacked against them at the minute not to make the Champions League.

“But I would still think, yes top players want to play in the Champions League, but I do feel at Arsenal that these two guys are very, very happy and settled here.

“They get on really well off the pitch, when they play together they link up really, really well. 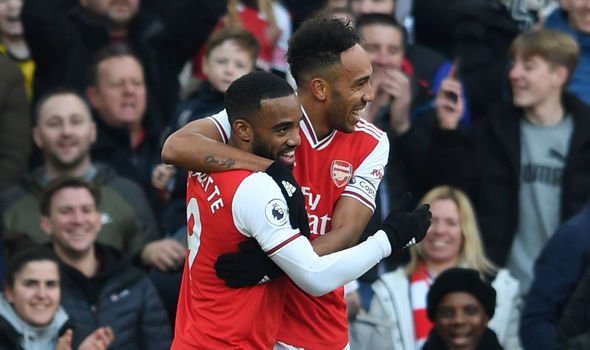 “I think it’s imperative Arteta sits down with Aubameyang’s agents and they try and nail Aubameyang down. He’s only got 18 months left on his contract so if they are going to make a decision to sell him, it’ll probably happen this summer because then he’s worth a decent fee.

“In terms of Lacazette, he’s only got two years as well. And several times in the past as we’ve seen, I think Arteta wants to change that a little bit and get his top players tied down.

“Aubameyang is still only 30, he’s got three or four years left at this top, top level. As I said it’s imperative they sit down with their advisors and get the deals done now.

“Get these two on a long-term deal. Offer them whatever they want because they’re pivotal to Arsenal winning trophies.”

Speaking earlier last week, Arteta expressed confidence that Aubameyang – who scored twice in a 3-2 win over Everton – will pen an extension to stay at the club.

Asked if improved results will help to convince Aubameyang to stay, the Spanish coach said: “Hopefully not just the wins, but as well what we are trying to do.

“That he really enjoys on the pitch every time he goes, that he feels very much part of what we’re trying to build here. And I think he’s with that mindset at the moment.

“I think it’s been tough for him. You know a player like him, there’s been a lot of disappointments in the last few months and years because he has big expectations.

“You know he wants to play for the biggest club in the biggest tournaments, and be up there with the best players in the world. 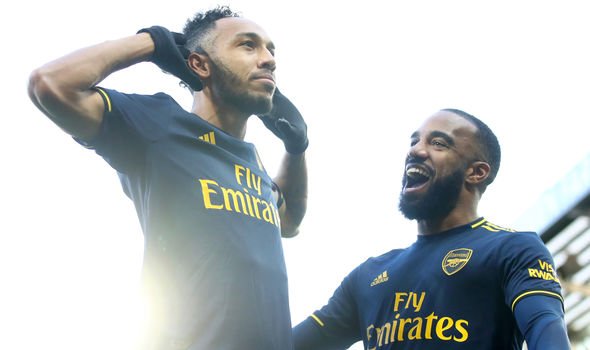 “And we have to try to support him and give him everything at the club so he really feels fulfilled here. That’s the challenge I have.”

Former Borussia Dortmund forward Aubameyang has been linked to the likes of Barcelona and Inter Milan in recent weeks.

Given his goalscoring prowess, Arsenal might expect to command around £60m were they forced to sell him this summer.

They would surely ask for a minimum of £50m were Lacazette to seek an exit, having paid £53m for his services in 2017.