Arsenal have made an approach to AC Milan for Franck Kessie ahead of the summer transfer window. Kessie has been linked with a move to the Gunners ever since January when Mikel Arteta replaced Unai Emery at the helm.

There’s still plenty to play for, then of course in the summer it becomes we really learn what Arteta has learned from his team in terms of the players he wants to keep and the areas he wants to strengthen in

The central midfielder has made 120 appearances at the San Siro ever since joining on loan in 2017 from Atalanta – the Serie A giants signed him on a permanent transfer two years later.

According to CalcioMercato 24, Arteta has been examining his squad and analysing which areas need strengthening as he is preparing a major rebuild in the summer.

And it has been claimed that the north Londoners have made ‘concrete advances’ for the Ivory Coast international, who has played 24 times for Stefano Pioli’s side this season.

Milan, though, have reportedly claimed that the 23-year-old is currently not for sale, but could reconsider as his future appears to be uncertain.

Arteta has been struggling to figure out the right mix in midfield having given opportunities to the likes of Dani Ceballos, Granit Xhaka, Matteo Guendouzi, Lucas Torreira and Mesut Ozil. 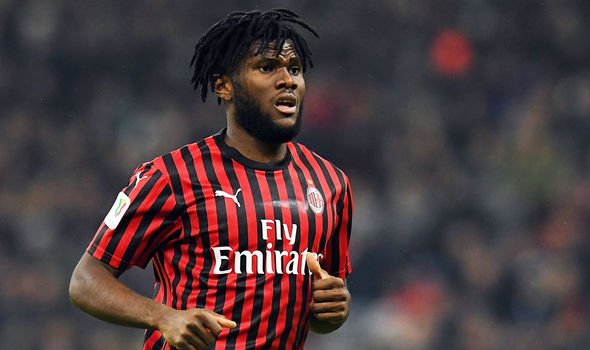 Arsenal legend Martin Keown recently analysed the Spaniard’s approach and claims no player can argue that they were’ given a chance if they get sold at the end of the season.

Keown said: “There’s still plenty to play for, then of course in the summer it becomes we really learn what Arteta has learned from his team in terms of the players he wants to keep and the areas he wants to strengthen in.

“It doesn’t matter what I think, it matters what Arteta thinks. Everybody is getting a chance so there won’t be a single player who can say ‘look, I haven’t got any minutes’.

“He’s played most of the midfield. Ceballos, Torreira has probably had the least minutes out of anyone, he’s brought Xhaka back into the fold, Guendouzi has had plenty of minutes.

“Mustafi was out in the cold, he’s brought him back in, I think he showed a lot of character to do that.

“Whether or not they are still a part of the future, only Arteta will be able to explain that one in the summer.”

Arsenal may struggle to sign some of Europe’s biggest talents if they fail to advance to the Champions League for the fourth season in a row.

The Gunners are now 10th in the Premier League table with eight points separating them from the top four and their shock Europa League elimination by Olympiakos has dealt a huge blow to their Champions League hopes.