Arsenal legend Martin Keown has urged owner Stan Kroenke and the rest of the club’s hierarchy to splash some serious cash in the summer. Keown believes that the Gunners bigwigs may have to contribute with their own money to help manager Mikel Arteta make the right transfers ahead of next season.

Mikel Arteta has got to be allowed to build the team

Arteta is expected to make significant changes to his squad in a major rebuild next summer following a turbulent season that has seen the north Londoners slump to 10th place in the Premier League table.

But the Spaniard is expected to have limited funds to work with after the club announced losses of £27.1million for the 2018-19 season.

This was compounded by Arsenal’s shock Europa League elimination by Olympiakos, which has caused a huge blow to their hopes of Champions League qualification next season.

The Gunners will miss out on a substantial profit if they fail to make it to Europe’s esteemed competition for the fourth year in a row.

JUST IN: Arsenal star makes bold statement about Matteo Guendouzi – ‘He does a lot of bad things’

Arteta’s men now need to finish in the top four but that won’t be easy as they are eight points away from fourth place.

But if Arsenal fail to climb up a few places then Keown is adamant that Kroenke and the rest of the shareholders will have to dip into their own pockets.

The legendary defender is adamant that Arteta needs to strengthen the “spine of the team” and prioritise defensive reinforcement.

Keown told Goal: “Mikel Arteta has got to be allowed to build the team. He’s got to be given money to develop.

“Do the owners need to be put some of their own money in? Obviously there are limits to the losses the club can run at, we know that with Manchester City in recent weeks and what they’ve gone through, but expenditure needs to be made in the team.

“They need to strengthen the spine of the team. The midfield will need to be improved and so does the defence, the results tell you that.

“It’s about what sort of resources Arteta will be given and where he feels he needs to prioritise. I feel he needs to build from the back.

“All the successful Arsenal teams have had a really strong defence and although you can improve things on the training pitch, I think he has to start with personnel. 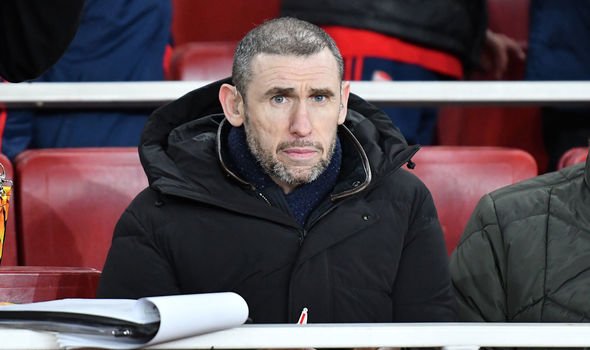 “You want dominant figures, people who want to organise and win that ball when it comes into the box.

“I imagine now they are spending a lot of time watching players across the world trying to identify individuals that they can bring in for really good value.

“But Arsenal won’t be able to shop in the most expensive shops I’m afraid. They will have to look for players who are slightly down from that, which has an element of risk.

“It’s about a judgement call on your players. Very good players have been bought in the past that nobody really knew anything about. They are going to have to be imaginative in the transfer market.

“There is a hell of a competition amongst all the top teams to try to find these individuals and it’s a judgement call and in the end I think Arteta will be judged obviously by results, but also in the transfer market.”