Arsenal reportedly have Youri Tielemans at the top of their midfield shortlist despite a lack of movement over the past few weeks. Leicester City have hinted that they could lose the Belgian this summer but Gunners transfer chief Edu is taking his time to make the decisive move.

Tielemans is into the final year of his contract at the King Power Stadium with Leicester under pressure to cash in before losing him for free next summer. Foxes boss Brendan Rodgers has admitted that the 25-year-old’s future is uncertain.

According to transfer expert Fabrizio Romano, the Gunners still hold Tielemans in extremely high regard but they have put a bid on hold while Edu focuses on outgoings. Some fat has already been trimmed from the squad with Matteo Guendouzi, Lucas Torreira, Bernd Leno and Konstantinos Mavropanos all commanding transfer sums in recent weeks, but there is still more to take care of.

Hector Bellerin and Nicolas Pepe are just two of the players on the hunt for a new club before the end of the transfer window and Mikel Arteta is keen to establish a core group before making more additions.

“The midfielder, it has always been Tielemans at the top of the list for Arsenal, but still no official bid to Leicester,” Romano told the Que Golazo podcast. “I’m told Arsenal are still focused on outgoings.

“The roles they have been following are a midfielder and a winger, but it depends, Arsenal have a very good strategy. For example, if you asked me the same question in January I’d say they wanted a striker, but they didn’t waste money on a player they didn’t trust because they couldn’t get [Dusan] Vlahovic, they waited and got Gabriel Jesus in the summer.”

Tielemans has steadily upped his output since signing for Leicester in 2018, notching six goals and four assists in the Premier League last season. His passing range and wealth of experience, considering his age, also make him an attractive prospect for Arteta with the Belgian already sitting on 52 international caps and prior spells with Anderlecht and Monaco.

While the Gunners could theoretically land Tielemans for a modest fee due to his contract situation, they have also been linked to other targets including Lucas Paqueta and Moises Caicedo. The latter performed superbly against Manchester United when Brighton earned their first ever victory at Old Trafford earlier this month, but Arsenal legend Alan Smith believes that his former side should stick to their guns. 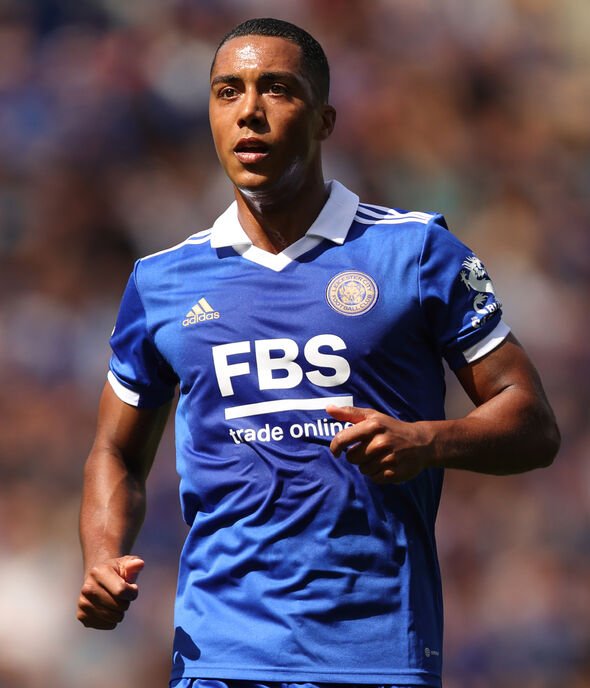 “They’ve been linked with [Tielemans] for so long,” he told Express Sport. “I thought he was going to be the first signing that Arsenal made. In the end, it could be the last one if they sign him at all. It would be a good signing.

“Brendan Rodgers not quite knowing is destabilising for Leicester. To get a good central midfielder would be great. He’s not what you’d call a holding midfielder but he can get up and down the pitch and score goals. He’s a talented boy so if they could get him, it would turn into a fantastic transfer window for Arsenal.”