This will go down as a routine win for Arsenal Women, but they were made to work for their 5-1 victory over HB Koge.

The Danish champions had kept Barcelona at bay for 62 minutes in their last Champions League outing, longer than any team managed in last season’s competition, and for 25 minutes they frustrated the Women’s Super League leaders.

But the Gunners showed their superiority with some clinical finishing and the only negative for boss Jonas Eidevall is that a momentary lapse in concentration cost them a clean sheet. 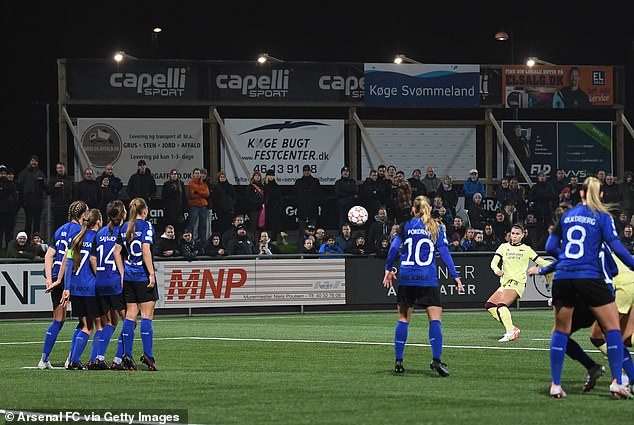 Arsenal had responded to their 4-0 defeat by Barcelona in their opening group game with a 4-0 victory over Hoffenheim and back-to-back games against Koge presented the chance to put themselves in a strong position before their final two group games.

But Koge goalkeeper Kaylan Marckese had other ideas and was in inspired form in the opening stages. First, she came out to block a close-range effort from Nikita Parris, who had been played in by Lia Walti. Then came a bigger save.

The Gunners were awarded a penalty in the 14th minute when Parris was tripped by Cecilie Floe on the edge of the box. The striker stepped up to take it but Marckese was equal to it, diving to her right to push the ball away. 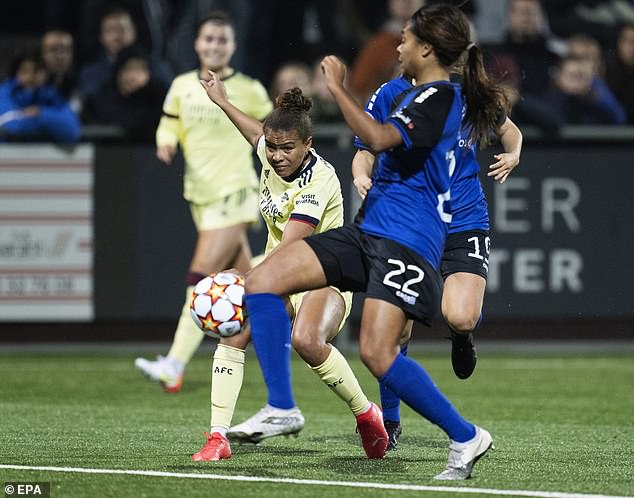 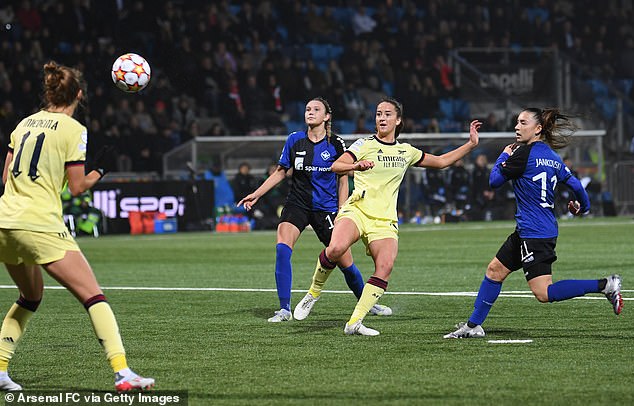 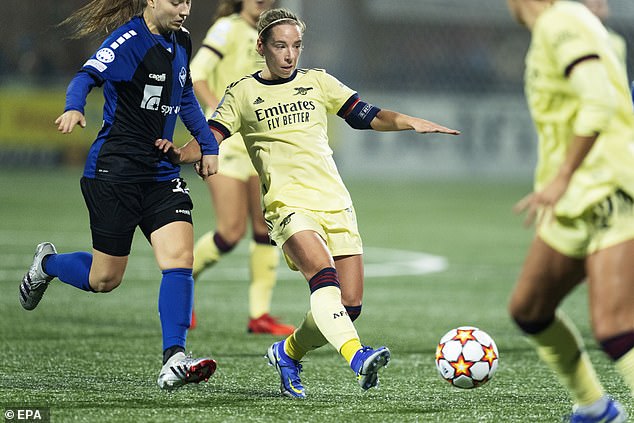 It was then Vivianne Midema’s turn to be denied. The striker rose well to meet Leah Williamson’s chipped pass but Marckese tipped her header over the bar.

But the goalkeeper was finally beaten in the 27th minute. Parris was fouled on the edge of the box and Steph Catley stepped up to curl the free-kick into the top right corner.

Marckese was responsible for keeping the score down to 1-0 and she was back to frustrating Arsenal early in the second half. Miedema twisted away from Selma Svendsen and Laura Pedersen before firing a shot to the near post but Marckese stood tall to save with her legs.

But two goals in nine minutes saw the Gunners take control. Parris finally found the net in the 61st as she reacted first to a loose ball in the box before turning and firing into the bottom corner.

Caitlin Foord then added a third when she headed into an empty net after Jordan Nobbs’ shot had hit the bar.

Koge continued to work hard and their efforts were rewarded when they scored their first ever goal in the Champions League, outside of qualification, in the 71st minute. A lapse in concentration from Catley saw her misplace a back-pass into the path of Madalyn Pokorny, who kept her cool to slot the ball past Lydia Williams.

But any hopes of an unlikely late comeback were dashed when Anna Patten added a fourth in the 85th minute. Foord got past Lauren Sajewich on the left and cut the ball back to the Arsenal substitute, who scooped a finish into the top left corner.

Nobbs then got in on the act in the 89th when she fired into the bottom left corner after being teed up by Beth Mead.