Arsenal have confirmed that defender Gabriel Magalhaes will miss the club’s next three matches against Chelsea, Brighton and West Brom.

The Brazilian has come into close contact with someone who tested positive for coronavirus and will now have to self-isolate, adding to manager Mikel Arteta’s woes who will now be without one of his key summer signings as he tries to turn around their torrid form.

The 23-year-old has been a mainstay in the heart of Arsenal’s defence since his arrival and has played 12 league matches so far this season, scoring twice. 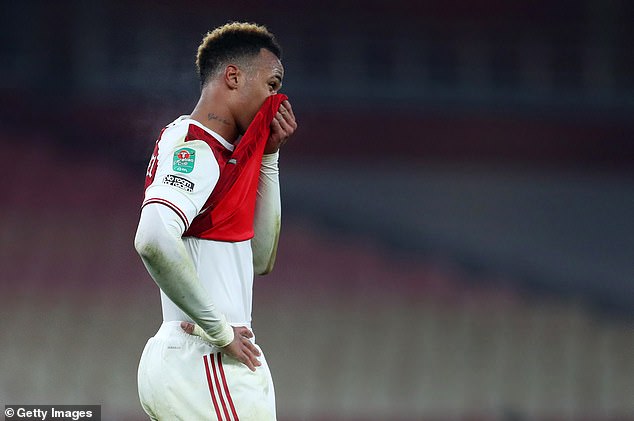 His fellow Brazilian team-mates, Willian and David Luiz, have also been declared unavailable for the Gunners after both being unwell.

However, they both returned negative covid-19 tests.

Centre-back Pablo Mari was called up for just his second Premier League match of the season in light of Gabriel’s absence and was named alongside Rob Holding as Arteta’s side continue to turn the tides following their recent form.

The Gunners find themselves 15th in the league after 14 matches, ahead of kick-off in their London derby against Frank Lampard’s Chelsea.

Having suffered recent defeats to Burnley and Everton, they now haven’t won since November 1 in the Premier League and Arteta is under increasing pressure to scalp a victory from somewhere. 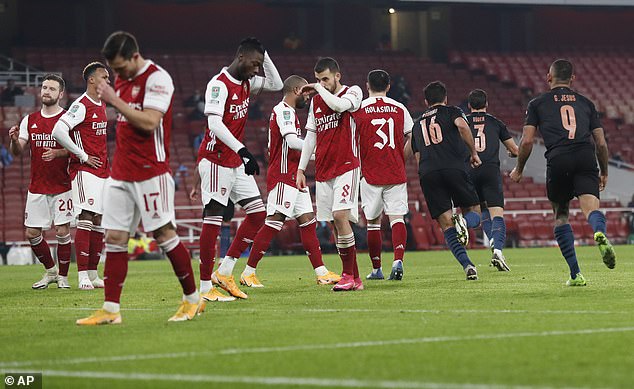 The Spaniard explained that a win over their rivals Chelsea would provide a much needed lift at the club.

‘At the moment to keep the team alive and to be a team, not a group of players, it takes a lot of energy because when you are losing matches you have to lift them up,’ he said.

‘The players are really putting in a lot of enthusiasm to (protect) what we are building. But it takes a lot of energy because we are losing games.

‘Every game is a lot of weight on your shoulders, it’s a lot of disappointment and people are suffering. We are hurting and we have to start believing again and try to push the players, then they respond and are excited for the game.

‘The best medicine, better than anything than can happen outside of our facilities, is to win against Chelsea.