Arsenal manager Mikel Arteta has been told to sell as many as nine first-team players this summer as he looks to generate the funds for an overhaul of his squad.

The Gunners were not expecting to have a huge summer warchest to present to the Spanish coach even before the coronavirus crisis and it’s likely their pot will only have decreased as a result of the COVID-19 pandemic.

And so the Premier League giants are likely to have to raise the money through player sales – with it presumed there would be a significant turnover anyway given the team’s underperformance in recent years.

In defence the futures of Sokratis Papastathopoulos, Shkodran Mustafi, Konstantinos Mavropanos and Sead Kolasinac are all in particular doubt.

While in midfield, Lucas Torreira has long been linked with a departure despite having only joined under Unai Emery in the summer of 2018. 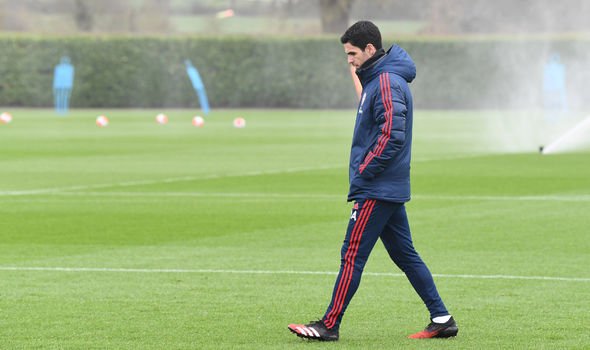 Ainsley Maitland-Niles, capable of playing at right-back or in midfield, has only been used very sparingly by Arteta and is one whose long-term future looks to be away from the Emirates.

Mesut Özil is into the final year of his Arsenal contract but looks likely to see out the remaining 12 months before leaving on a free next summer having been reintegrated into the team by Arteta.

Up top Pierre-Emerick Aubameyang and Alexandre Lacazette, despite being two of Arsenal star’s names, could leave due to their contract situations.

Aubameyang is out of contract in 2021 and Lacazette in 2022, with the Gunners’ hierarchy having committed – at least verbally – to no longer allowing players to run down their deals and leave on the cheap or for nothing.

And Arsenal hero Kevin Campbell wants Arteta to take the knife to his current team and make major changes to re-establish the north London club as a major player in the English top flight again in the near future.

“Whether we like it or not, money’s going to dictate a lot of what Arsenal do,” Campbell told AFTV host Robbie Lyle on the Football Fans For The NHS 24-hour charity live stream.

“I think there needs to be a ruthless streak going in.

“There’s been a lot of players there who have just sort of done enough and Arteta’s taken over and they’re improving but we know they’re not good enough.

“I think there’s got to be a cull, there’s probably eight players I’ll have out. Eight or nine players.

“I’ll clear the deck. They haven’t been good enough for two, three, four – however many – seasons now. 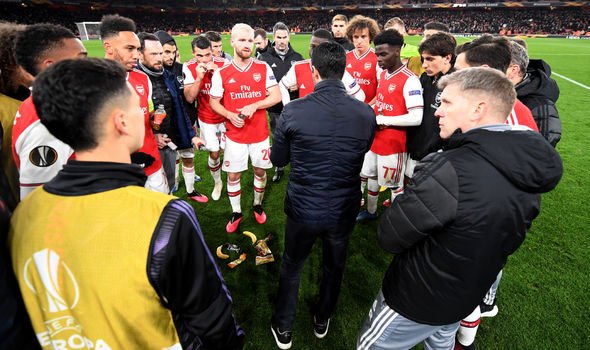 “No, there has to be drastic changes and it needs Arteta to be ruthless. If it was me, there’d be eight or nine gone.”

Discussing his plans for the summer to Arsenal’s official website last week, Arteta said: “We have a lot of meetings to try and plan the season.

“We might have one, two, three different scenarios and we have to be prepared for all of them.

“I’m not a person that likes improvising a lot so yeah we have to know the circumstances can change every week and we have to be prepared as a club to react to that and adapt.”