Arsenal manager Mikel Arteta has appeared to suggest that Matteo Guendouzi was left out of the Gunners’ Premier League clash with Southampton because of his actions against Brighton.

The Frenchman tussled with Brighton match-winner Neal Maupay, who Bernd Leno felt was at fault for the knee injury he sustained which ended his season, late on and at full time.

The 21-year-old midfielder will not face FA punishment despite grabbing his countryman Maupay by the throat while taunts were exchanged.

It has been suggested that Guendouzi taunted Brighton players about the fact that his wages and that of his team-mates are higher than theirs, with the Seagulls having capped their player salaries at £50,000 a week.

Post-match, Maupay declared that Arsenal’s players “need to learn humility” because they were “talking a lot” – comments which are believed to have been aimed at Guendouzi. 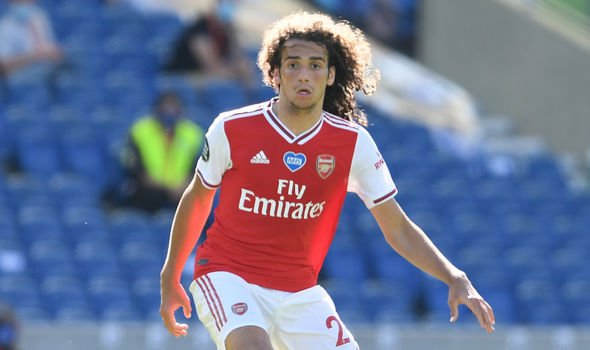 Reports have suggested since then that Arteta is ready to sell the France under-21 international in the summer transfer window.

And Arteta was coy when asked about the reason for the player’s omission at St Mary’s, with Guendouzi having played over an hour in both of their matches since the Premier League’s restart.

But there was no room in the 20-man match-day squad for the midfielder against the Saints, with the Spanish coach indicating that he was not impressed with Guendouzi’s antics last weekend.

Quizzed on the decision further, Arteta added: “Whatever internal issue we have, we deal with it privately.

“The needs of the team and football club are always the same, put the best players on the pitch that are 100 per cent focused to win the game.”

Asked about whether he had spoken to Guendouzi about his conduct in his pre-match press conference, the Arsenal manager insisted that he wants to see more fight from his players – but during matches, rather than after them.

“My job is to make sure we behave in relation to the shirt that we wear,” he told reporters via Zoom.

“Obviously what happened on the pitch – I played for 17 years – stays on the pitch because you can mould and change in context very easily and you shouldn’t be doing that at all. 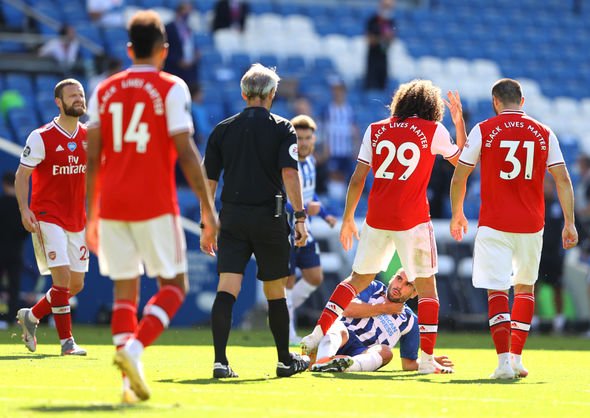 “But obviously we showed frustration. In a way I like [it] because that means we care about losing and don’t accept any defeats.

“But I like those types of reactions earlier instead of after football games.”

Guendouzi’s temperament has long been called into question and he was dropped from the team in February due to an apparent training ground bust-up over the winter break.

Asked about Guendouzi’s absence from a 4-0 win over Newcastle, Arteta explained: “The reason is that players who, in my opinion, are training better, behaving better and are more applied to deliver on the pitch what we want, are the players that are selected.”

It was claimed Guendouzi angered Arteta and the north London outfit’s coaching staff with his attitude and body language while at a warm-weather training camp in Dubai.