Mikel Arteta has made it clear he wants Arsenal to sign Pablo Mari on a permanent basis even though the defender picked up a serious ankle injury in mid-week.

Making just his third appearance for the Gunners, Mari was forced off after just 24 minutes of the 3-0 Premier League defeat to Manchester City on Wednesday night.

In what was Arsenal’s first match for over three months, the 26-year-old pulled up in pain as he gave chase to Kyle Walker inside his own half.

Mari is thought to have damaged ankle ligaments and the problem could even require surgery.

The left-footed centre-half, on loan from Brazilian outfit Flamengo, is not expected to play for Arsenal again this season. 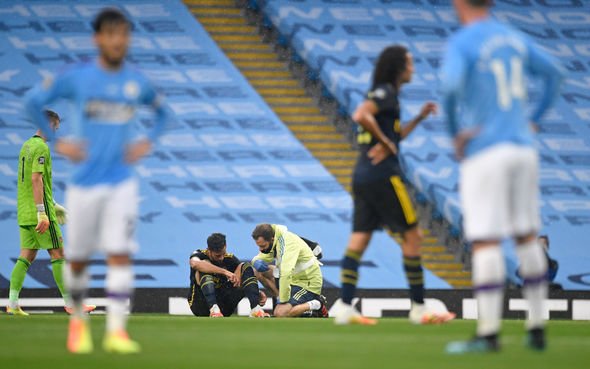 Yet Arteta remains keen to sign Mari permanently, with it thought it will cost Arsenal around £10million to do so.

The futures of David Luiz, Shkodran Mustafi and Sokratis Papastathopoulos at the Emirates are all uncertain and Arteta is keen to keep Mari in north London beyond the end of this month in spite of his fitness setback.

“The demands of this football club are huge and we cannot stay still,” Arteta declared. “We have to change things, we have to improve them.

“But the most important thing is not about keeping, it is about improving the players that we have right now, convince them of what we are trying to do and get them performing and winning football matches.

“What happens in the summer will happen. This cannot be affected just because a player gets injured doing his job and defending our club.”

Speaking to talkSPORT back in April, Mari insisted that he wants to remain at Arsenal after a tumultuous spell in his career.

He said: “I’ve been at five clubs over the last four years. This is a footballer’s life.

“If you want to play football and you want to improve [to get to a big club] then every year you need to move.

“Maybe when you find a club that is good for you, then you can stay and improve with that club.

“I have found myself here at Arsenal. It is a really good option for me.

“I want to stay here and improve as a player and a person. I want to be here for many more years.”

Despite declaring that Arsenal cannot stand still in the transfer market, Arteta admitted he still does not know how much business he will be able to do this summer.

He told reporters: “I think there is a lot of uncertainty in how the transfer market is going to look. 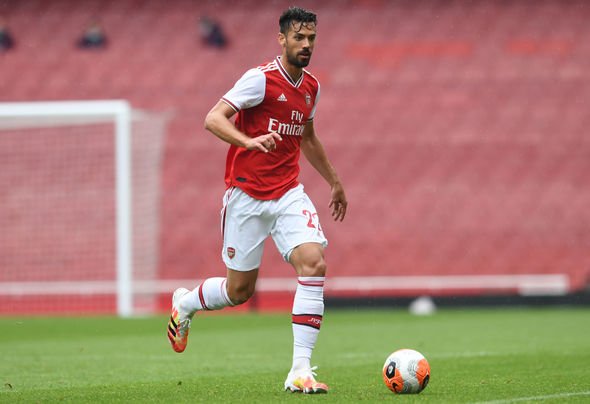 “You hear very different things and people are going to go all in, clubs are already spending a lot of money and others may be much more conservative and wait to assess the situation before they move.

“Our position at the moment is that we have to see and be cautious.

“We will try and do our best to improve the squad, maintain the players we want to maintain and move forward.”