Arsenal and Tottenham have ended their interest in winger Ryan Fraser, despite the Scotsman walking away from Bournemouth with hopes of a move to north London. According to The Sun, West Ham and Crystal Palace are now interested in signing the 26-year-old.

Fraser walked out of Bournemouth earlier this summer after his contract ended.

The winger was linked with a move to either Arsenal or Spurs, and had hoped to earn a contract worth £100,000-per-week.

He didn’t play past March as he opted against extending his deal to the end of the season.

While he waited for contract offers to come in, Bournemouth were relegated to the Championship, and now it appears the move might have backfired for Fraser.

Having turned down a deal worth £67,000-per-week, he now appears set to take a wage cut in his next contract.

The Sun claims Fraser has been offered £50,000-per-week by Palace, with West Ham also interested.

Tottenham and Arsenal had both been interested in his services, but have now ended their interest.

Both clubs have changed their mind on making a move due to the financial restraints of the coronavirus pandemic.

Arsenal are now set to look at Chelsea winger Willian, who is set to become a free agent in just a few days’ time.

The Brazilian attacker has been offered a two-year deal at Stamford Bridge, but is holding out for an extra year.

The Gunners have apparently met those demands, and rumours suggest a deal could be done any day now.

Mikel Arteta is keen to sign attacking reinforcements this summer, with a move for Philippe Coutinho also rumoured. 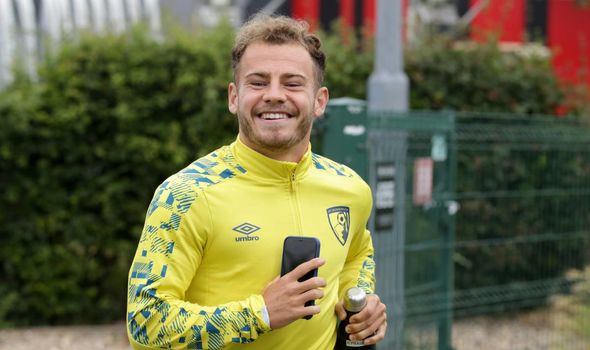 But Fraser doesn’t appear to be heading to the Emirates, with Crystal Palace looking a more likely destination.

Palace are set to be active this summer, and are also looking at Brentford forward Ollie Watkins.

There are conflicting reports over whether the young striker has a release clause of £18m after the Bees failed to secure promotion.

However, he still appears to be on his way out of Griffin Park.