Arsenal and Newcastle must reportedly overcome a huge ‘complication’ if they are to sign Lucas Paqueta from Lyon this summer, with the French club’s incoming new owner John Textor thought to be keen on retaining the Brazilian. The Premier League pair have, however, been boosted by the news that the midfielder is understood to be eager to embark on a new challenge.

Both Arsenal and Newcastle have been heavily linked with Paqueta in the current window, with Gunners technical director Edu having publicly declared his admiration for the 24-year-old. The pair were offered hope in their respective pursuits of the Samba star following the admission of Lyon president Jean-Michel Aulas that Paqueta could indeed be sold this summer, however, it appears a deal will be difficult to agree.

According to CBS Sports journalist Ben Jacobs, despite the fact the player is himself open to a fresh challenge, the ambitions of incoming American owner Textor, who intends to see Lyon compete with Paris Saint-Germain at the Ligue 1 summit, make it unlikely Paqueta – one of the club’s prized assets – will be allowed to leave. Jacobs told NUFC Matters: “Paqueta wants a fresh challenge – so that’s the positive.

“So there is a window of opportunity for any suitor if they choose to act. The challenge is going to be about agreeing a deal with Lyon.

“What complicates that challenge even more is that Jean-Michel Aulas may be saying that he’s willing to sell, but John Textor is the American incoming majority owner at Lyon who doesn’t yet have a say – but will soon. And he’s the one that has stated on record that Lyon are going to compete with PSG, which is a massive claim. So I don’t think Textor wants Paqueta to go.”

With Paqueta under contract until 2025, Lyon have no obligation to cash in on the midfielder. It has previously been reported that the French outfit are holding out for a fee of up to £68m for the 33-time Brazil international this summer.

Lyon transfer chief Bruno Cheyrou this week revealed the club are looking to cut down their squad in the current window, while adding that all offers will be considered. He stated in a press conference: “We need to reduce the squad size. In terms of departures, we will analyse offers on a case-by-case basis but the economics will come into consideration. 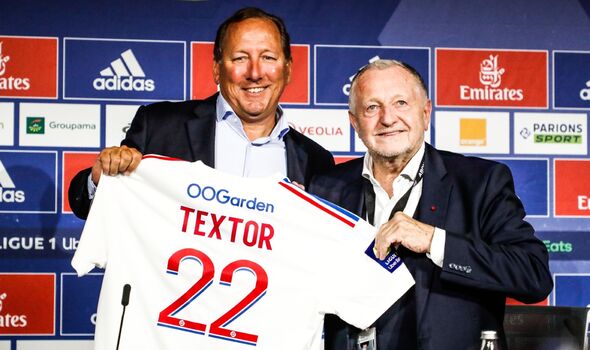 “We will consider the offers with Jean-Michel Aulas and Vincent Ponsot in order to make the best decisions. I am here to ensure the best team possible, but there are other things to take into account as well.”

When probed over whether Paqueta in particular could be allowed to leave in the current window, Cheyrou added: “We are prepared for every eventuality.”