Pierre-Emerick Aubameyang is “going to go” this summer according to Arsenal hero Kevin Campbell, who suspects the Gabon international will have two key ambitions behind any exit. The striker will enter the final 12 months of his current contract with the club this summer.

Having been linked to the likes of Barcelona, Inter Milan and Manchester United, Arsenal look set to have to make a major call on Aubameyang later this year.

As it stands, no new deal is on the horizon for the former Borussia Dortmund frontman with talks having been frozen some time ago.

That means Arsenal can keep him for the final year of his deal, in hope of tying him to a new long-term extension at the risk of losing him for free, or sell him this summer – likely for a fee of around £60million or so.

Aubameyang is easily Arsenal’s most valuable asset but his importance to the side is shown by the fact he accounts for 43 per cent of their Premier League goals alone this season. 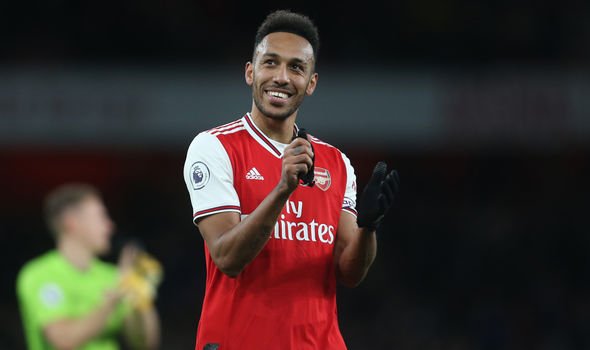 With 17 top-flight strikes, the 30-year-old is bidding to retain the Golden Boot which he shared with Liverpool duo Mohamed Salah and Sadio Mane last term.

Yet former Gunners attacker Campbell is convinced Aubameyang will leave in search of a club that can provide him with European football.

Following their Europa League exit last week, Arsenal must now finish in the top four to qualify for next season’s Champions League and they trail fourth-placed Chelsea by eight points, although they have a game on hand in the Blues.

Fifth spot could also offer a Champions League spot though that is not certain with Manchester City appealing a two-year ban from UEFA competitions.

Yet having joined the north London outfit in January 2018 and having yet to finish in the top four, Arsenal face a battle – particularly given their fixture list between now and May – to claw back the gap to Chelsea and convince Aubameyang to stay in the English capital. 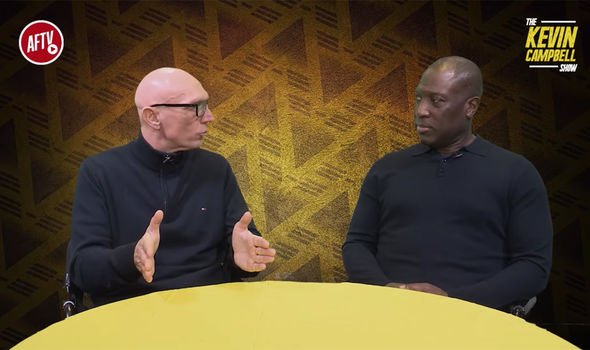 And Campbell thinks a general lack of progress plus the absence of football on the continent could persuade him to head for the exit door, insisting the lack of development in the striker’s time at the club is shown by Aaron Ramsey’s exit a year ago.

The Welsh midfielder moved to Juventus on a free rather than sign a new deal at the Emirates.

Campbell told his self-titled show on AFTV: “I don’t think Aubameyang will come out publicly and say this, but he’ll be wanting to play European football, he’s a top striker.

“Part of it is, Mikel Arteta and the board and the recruitment team have got so many plates spinning, they’ve got to weigh things up.

“They’re out of Europe, that makes their window that much shorter of keeping him. Aubameyang is world class. He’s our only world class player.

“Whether you like it or not, you’re judged on goals as a striker and his goal record stands up with anyone right now. End of.

“But Arsenal are in a funk and going nowhere, going out to Olympiakos when we should’ve gone through tells you everything. 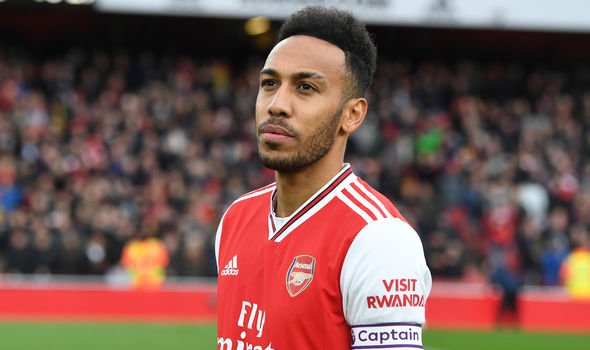 “So we’re going to get some money for him and I think he’s going to go. So what’s the plan? We’re going to need Arteta to be ruthless, cull, chop and change.

“He might not get the players the fans want, the names, but give me an Arsenal team that fight every game and I’ll be happy. You can’t blame him.”

Speaking on Aubameyang’s future on Thursday afternoon, Arteta said: “We will have to do that [contract talks] at some stage before the end of the season for sure.

“We will see the intentions that we have, his intentions, and where we are sitting at that moment. I think it’s difficult to predict that context right now.

“For me, it’s very easy, I want to keep him in any circumstances.”

Related posts:
Previous Post: Arsenal would be in a relegation scrap without the goals of Aubameyang
Next Post: Ole Gunnar Solskjaer finding life ‘easier’ at Man Utd because of four players