‘From a dream to NIGHTMARE’: Argentina’s media slam their ‘historic’ defeat by Saudi Arabia, claiming it will ‘leave a mark for a long time’… as they lament Lionel Messi’s ‘broken spirit’ after shocking World Cup opener

Argentina’s shocking opening defeat by Saudi Arabia at the World Cup has been branded as a ‘nightmare’ by the country’s press back home, claiming the humiliating result will be remembered for years to come.

Lionel Scaloni’s side – who are one of the favourites to win the tournament in Qatar – were stunned at the Lusail Stadium after Saudi Arabia came from a goal down to emphatically win 2-1 on Tuesday.

The result has sent shockwaves through the world of football, with 51st-ranked Saudis managing to produce one of the biggest upsets in World Cup history.

Argentina’s press have slammed their side’s shocking defeat by Saudi Arabia, with daily sports newspaper Ole going with the headline ‘A World Blow’, describing the result as ‘incredible’ 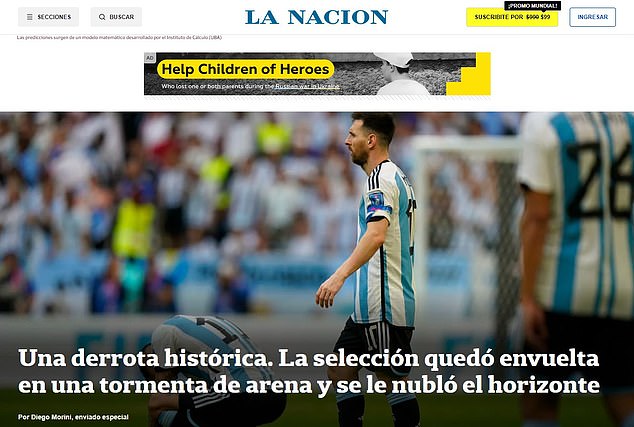 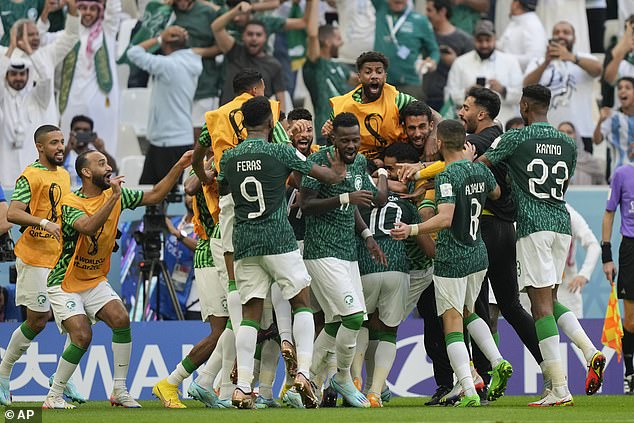 Argentina’s national daily newspapers took no prisoners when making their assessment of the game, with Ole writing that the players had a ‘lack of reaction’, ‘lack of pressure’ and a ‘lack of defensive solidity’ throughout and that the damning result will ‘leave a mark for a long time’.

Another piece on Ole’s website described how the match went from a ‘dream to a nightmare’ while echoing Messi’s prior warning that the game would be a difficult encounter.

Elsewhere, newspaper La Nacion lead with the headline ‘Landslide in Qatar’ on their website, before writing that Saudi Arabia ‘annihilated the Argentine illusion with two shots on goal in five minutes and won 2-1’.

They wrote how Scaloni’s selection was ‘wrapped in a sandstorm’ and now the ‘horizon was clouded’ with the Argentine’s facing a huge uphill battle to qualify for the last-16. 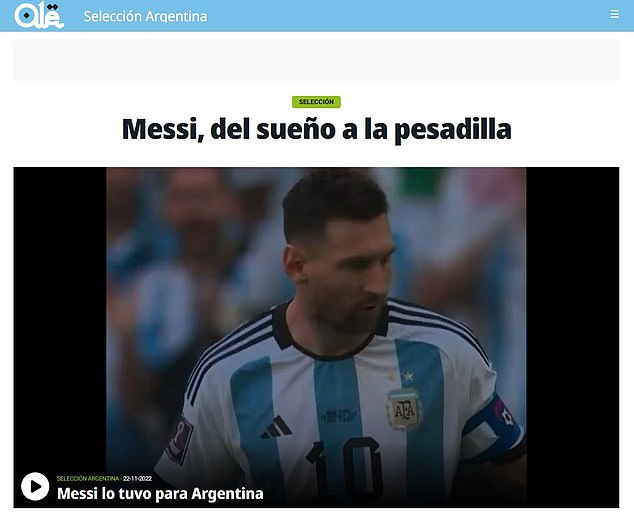 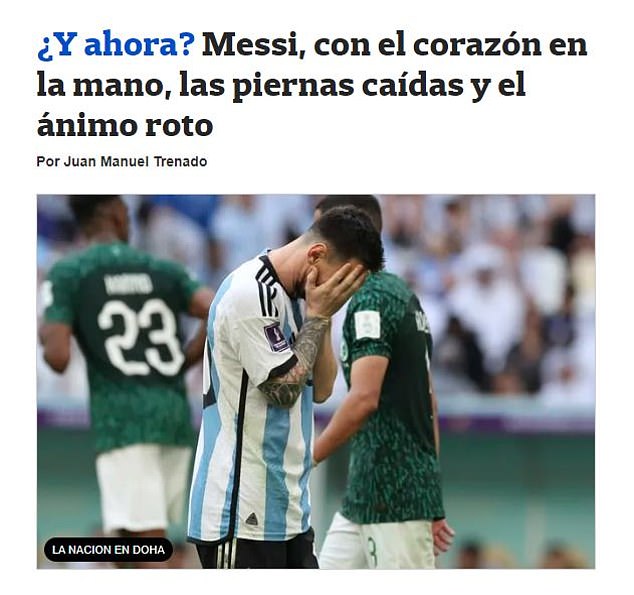 Argentina looked to be in control at half-time given how they were a goal up, thanks to a converted 10th-minute penalty from Messi.

However, goals by Saleh Al-Shehri and Salem Al-Dawsari in a five-minute spell in the second half completely turned the game on its head, leaving the Argentina squad stunned in their opening game.

Argentina were on course to match Italy’s record 37-match unbeaten run after the mercurial Messi opened his fifth and final World Cup by stroking home the early spot-kick. 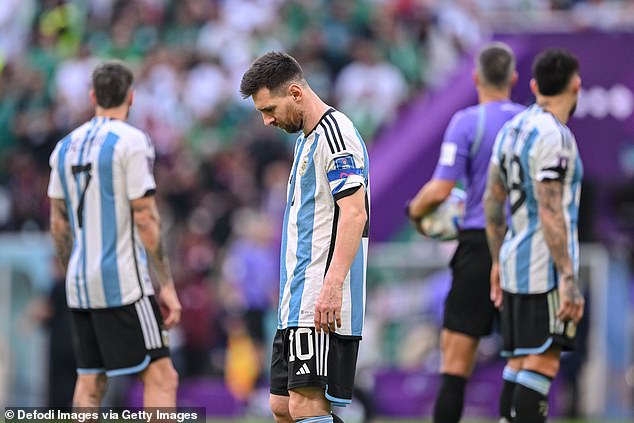 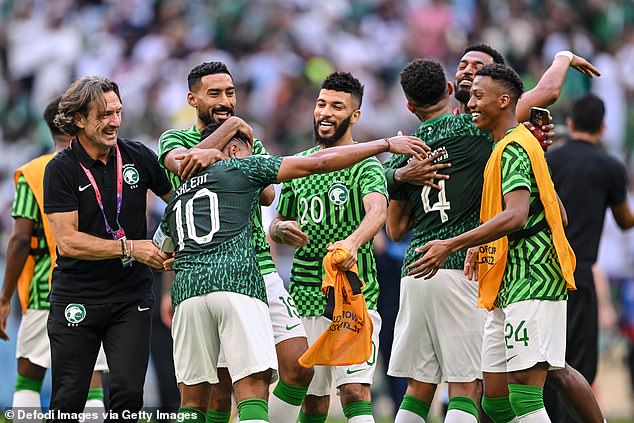 But for three goals being chalked off for offside, one for Messi and two for Lauturo Martinez, Argentina would have been home and dry before half-time but the game was turned around after the break in extraordinary fashion.

Graeme Souness heavily criticised Argentina after the match, saying he was ‘gobsmacked’ by the lack of physicality and desire shown by the South American side and insisted that England have ‘nothing to fear’ should they meet Argentina in the knockouts.

The former Liverpool star said: ‘I am gobsmacked! I have never witnessed an Argentina team not be up for the cup in terms of a physical encounter. 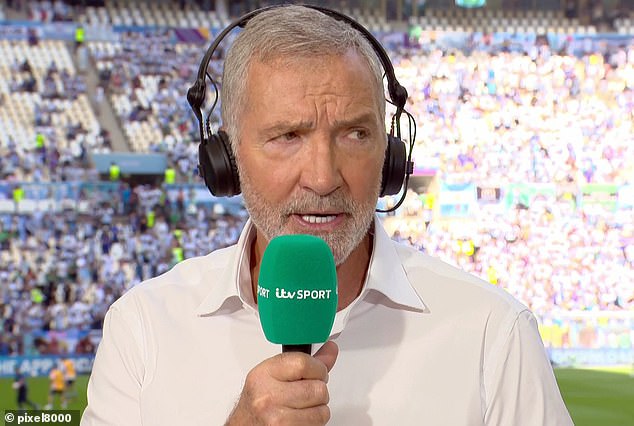 ‘Referee was wishy washy. Saudi Arabia were super aggressive and the referee let it go. Argentina have got to say then we’ve got a match here, we’re going to be in trouble.

‘I thought Argentina had another gear. They didn’t have another gear. Unless they find that side of aggression from somewhere they can be rolled over. If that’s their quality, England have nothing to fear if meet them later on in competition.’

Argentina are now rock bottom in Group C ahead of Poland’s clash with Mexico on Tuesday afternoon.