Chelsea’s 4-0 win over Manchester United in 2016 was the critical turning point that led to the Premier League title, according to Antonio Conte. Conte led the Blues to a dominant display over former Stamford Bridge coach Jose Mourinho’s Manchester United thanks to goals by Pedro, Gary Cahill, Eden Hazard and N’Golo Kante.

The match is also famous for what transpired after the final whistle as Mourinho confronted the Italian boss over his intense goal celebrations during the encounter.

That sparked a heated rivalry between the two men as Conte went on to describe the Portuguese gaffer as ‘senile’ after he mocked the current Inter Milan boss’ hair transplant.

The former Juventus manager insists that match played a critical role in Chelsea’s season as it gave them an important boost to their confidence that led them to the Premier League title on his first season in charge.

JUST IN: How Manchester United star Paul Pogba is better than his team-mates – Luke Shaw

Conte told Sky Sports when asked about his wild goal celebrations: “I live my job in an intense way!

“Sometimes I show my passion and I want to share my happiness with the fans. I had an amazing relationship with Chelsea fans.

“That game was important for us because when you win 4-0 against a top team it’s a boost because we understood very well that we could fight to win the league. 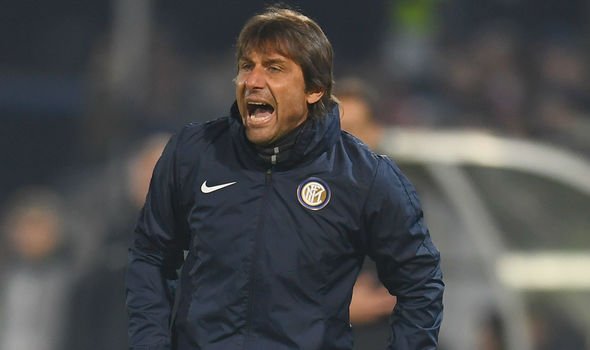 “This game gave us confidence and belief in ourselves and we created a fantastic relationship with our fans.”

Conte spent two years at Chelsea and won the FA Cup on his very last game in charge of the west Londoners.

And again the 50-year-old defeated Mourinho’s United in the FA Cup final with a score of 1-0 thanks to Hazard’s winner.

Mourinho said two years ago: “He [Conte] stretched out, I stretched, we got bored [arguing].

“After the game here in Manchester, I invited him to come to my office. We talked, nothing’s wrong.”

Conte is now head coach at Inter Milan which he led to third place before the season got suspended due to the coronavirus pandemic.

Mourinho replaced Mauricio Pochettino at Tottenham and revived the north Londoners as he led a top-four bid before the Premier League was also paused.