Amadou Onana has reportedly chosen to join Everton over West Ham and a deal is said to be close to completion. The Hammers agreed a fee with Lille for the midfielder but the Toffees have now hijacked the move.

Onana has been linked with a move to the Premier League throughout the summer. And it appears the Belgium international is getting closer to that move.

West Ham had thrashed out a £33.5million (€40m) deal with Lille for Onana. However, Everton have matched that amount and are set to sign the player.

French football reporter Saber Desfarges says the Toffees have also agreed a fee of up to £33.5m, with £28.1m of that in an initial payment. Onana has chosen to move to Goodison Park and now a contract will be sorted.

Desfarges says a deal is close to completion, tweeting: “LOSC / Everton agreement for Amadou Onana! The Toffees were ahead of West Ham who also had an agreement with Lille!

“Transfer of 36 million euros + 4 bonuses, Onana chose Everton. Contractual details to be settled but the Belgian has made his choice. Deal almost completed. #EFC.”

Onana only joined Lille from German side Hamburg last August. He made 31 Ligue 1 appearances in his first season at the club.

He represented Belgium from under-17 to under-21 level. Onana made his debut for the senior Belgium side earlier this year.

Manager Roberto Martinez, who was in charge at Everton between 2013 and 2016, has given the Toffees an indication of what they will be getting. Speaking earlier this year, Martinez said of Onana: “It’s a profile that could be very useful for us. 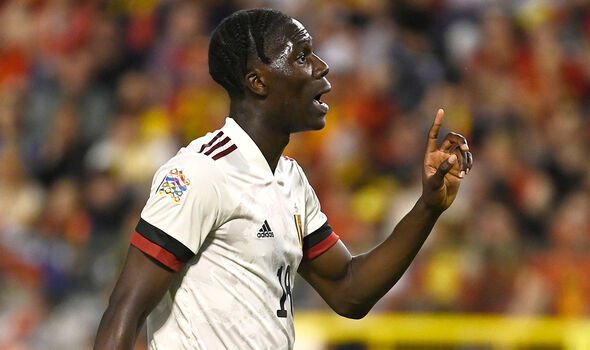 “He is different from other midfield players. It is in this perspective that I wanted to test it.

“He did what I expected of him. He brought physicality but also his quality in small spaces, in keeping possession of the ball.

“He has a strong personality. We saw him as soon as he started playing. He never hides, he asks for the ball and dares.

“That’s why I wanted to bring him into a situation of pressure. In a full stadium and a derby. He will be able to develop with our team.”

Everton begin their campaign on Saturday at home to Chelsea (5.30pm). West Ham have a similarly tough test against Manchester City at the London Stadium on Sunday (4.30pm).