This week, we are looking at the best Alternative XIs of the Premier League season. First up, a side full of high endurance levels, with players covering more ground than anyone else at their position.

As with each of these Alternative XIs, a 4-3-3 formation will be used and players included must have played at least 50 per cent of the season so far. 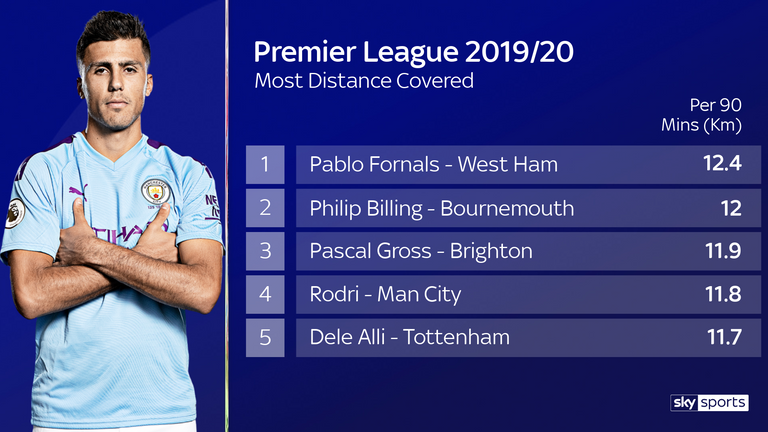 Either side of them are Dan Burn, who covers more ground up and down the pitch than any defender, alongside Arsenal’s Cedric Soares, who creeps in having played just enough this season while at Southampton.

In goal, Norwich’s Tim Krul averages 5.6km covered per 90 minutes – the most of any Premier League goalkeeper and almost 2km more than the lowest return. Southampton’s James Ward-Prowse has covered more distance than any other Premier League player this season, but he’s also played every minute. This is about who covers the most per 90 minutes.

For that, West Ham’s Pablo Fornals leads the way overall, averaging an impressive 12.4km per 90 minutes played – around 400 metres more than any other player.

The leading returns are all central midfielders, fulfilling their box-to-box duties, with Bournemouth’s Philip Billing and Brighton’s Pascal Gross the next selections to make this XI. 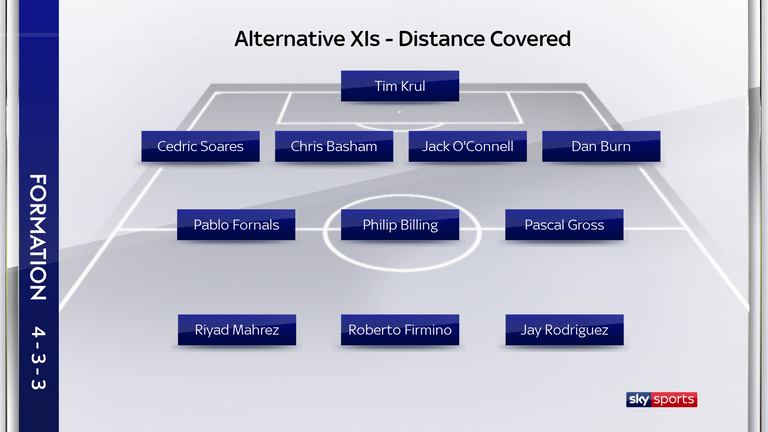 In attack, Man City’s Riyad Mahrez possibly goes under the radar for his energy, covering more ground per 90 minutes than any Premier League forward this season.

Related posts:
Previous Post: Man Utd told to rival Arsenal for Liverpool star who ‘100 per cent improves the squad’
Next Post: Shout The Bar ready for another round