‘Liverpool class my a**e’: Ex-Everton captain Alan Stubbs claims he had to MUTE Sky’s Merseyside derby coverage ‘because it’s so biased’ with Jamie Carragher and Graeme Souness acting as pundits

Alan Stubbs has hit out at Sky Sports’ coverage of Sunday’s Merseyside derby, with the ex-Everton defender revealing he had to turn off the commentary due to their ‘bias’ towards Liverpool.

Everton dropped into the relegation zone after a 2-0 defeat at Anfield was compounded by Burnley’s 1-0 Premier League win over Wolves earlier in the day.

Liverpool’s win, courtesy of second-half goals from Andrew Robertson and Divock Origi, was shrouded in controversy with Everton aggrieved at not winning penalty for Joel Matip’s collision with Anthony Gordon and Sadio Mane not being sent off for appearing to make contact with Mason Holgate’s eye. 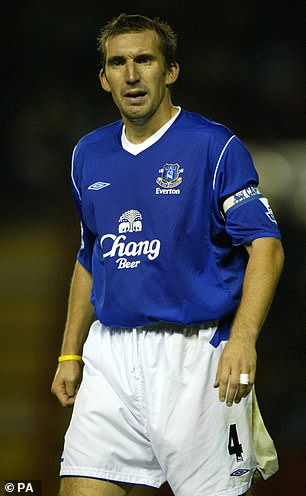 And it wasn’t just those incidents which angered Stubbs – who was incensed by Sky Sports’ team for the match.

‘Will have to turn this commentary off I think @Everton because it’s so biased!!’ the ex-Toffees captain tweeted.

‘Richarlison clearly goes over on his ankle and is accused of cheating!! Liverpool class my a**e.’

Liverpool legend Jamie Carragher was on co-commentary with fellow Anfield great Graeme Souness among those as a pundit.

And Stubbs’ gripe with Sky reached boiling point in the build-up to Mane’s spat with Holgate after Richarlison went down hurt. 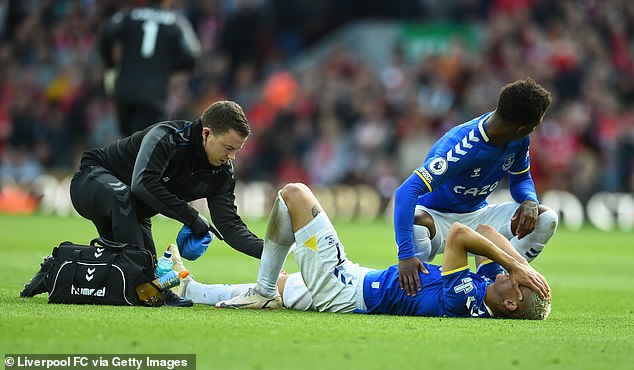 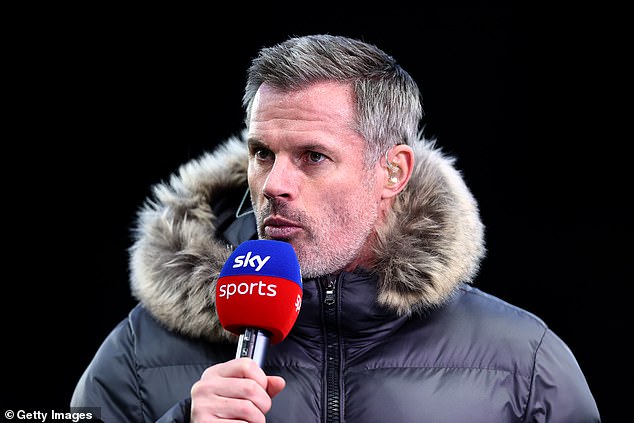 Carragher said on co-commentary: ‘Honestly, get up. Get up, carry on,’ despite the ankle injury

Everton were unhappy that Liverpool refused to kick the ball out when Richarlison went down with an injury, leading to Abdoulaye Doucoure tripping Fabinho and picking up a booking as his frustration got the better of him.

However, Carragher felt Richarlison went down far too easily despite appearing to roll his right ankle nastily.

‘Honestly, get up. Get up, carry on,’ Carragher said of Richarlison.

‘If Doucoure gets a yellow card because his teammate goes down. Stupid from Doucoure trying to stop the game but Richarlison… there’s nothing wrong with him.’ 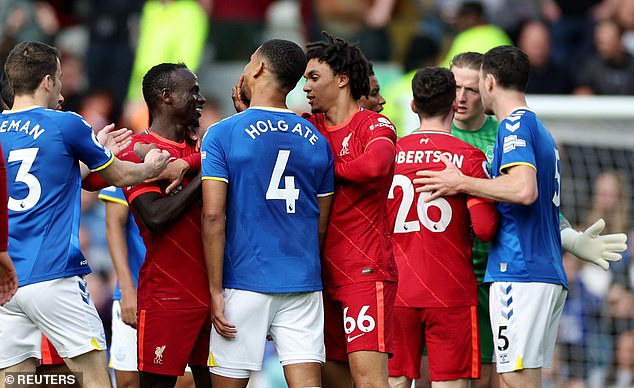 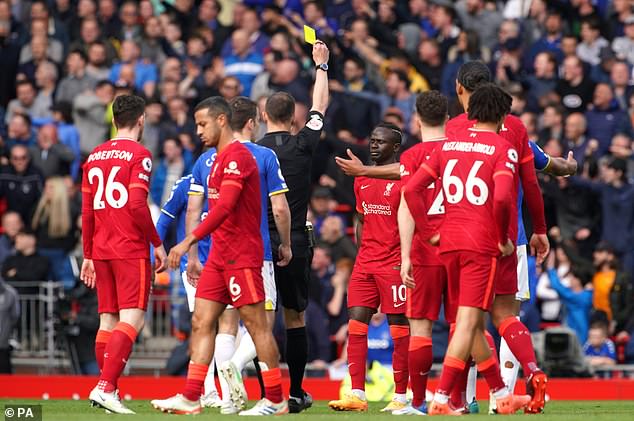 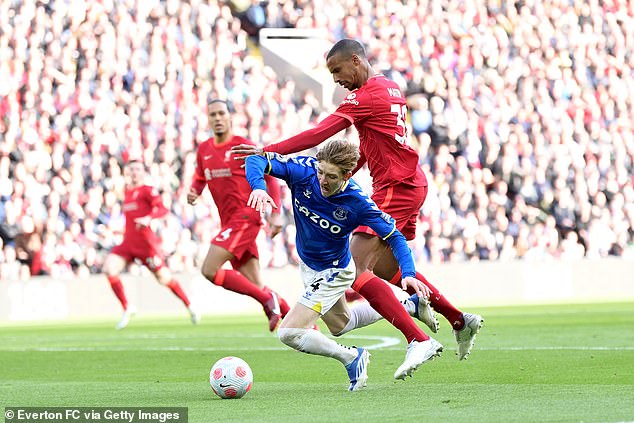