Ross Barkley starred for Chelsea in their FA Cup fifth-round win over Liverpool on Tuesday – but Alan Shearer wants more from the England international. Barkley scored Chelsea’s second goal as Frank Lampard’s side knocked Liverpool out with a 2-0 victory at Stamford Bridge. Willian had given the Blues the lead in the first half before Barkley’s superb run and strike sealed his side’s spot in Wednesday’s quarter-final draw.

Aside from his goal, Barkley impressed for Chelsea in a rare start under Lampard.

But Shearer wonders why the former Everton man does not showcase his ability on a more regular basis.

“We see glimpses of him doing things like this, with his ability he should be doing it on a regular [basis],” he said on BBC One.

“Why isn’t he doing it week in, week out? Because the ability is without doubt there but we don’t see it often enough.”

Former Chelsea and Liverpool right-back Glen Johnson claims Barkley is one of the best players in the Premier League on his day – but admits that is nowhere near as often as it should be.

“He’s one of those players that he offers this quite a lot, he’s got so much speed and power,” Johnson said.

“He gets a bit of criticism because he doesn’t do this maybe enough.

“But the ability is there and he is one of the best players in the league for me when he’s doing this sort of stuff, breaking from deep and no one can catch him.

“I don’t think [Joe] Gomez will be too happy with the defending here, just dropping off and not doing much.

“But give it to Ross Barkley there because it was a great run and a great strike.”

Arsenal legend Ian Wright was impressed with Barkley’s goal and especially his confidence to take on the strike.

“Do you know what I like about that as well? There’s nothing else on his mind,” Wright said. 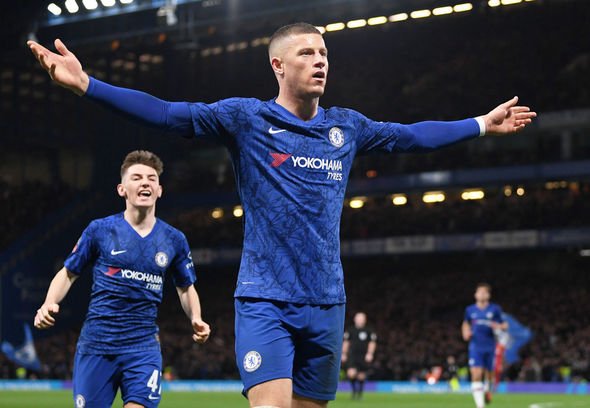 “He’s got Pedro but he’s not even looked at him once, he’s got one thing on his mind and he’s gone and he’s executed.

“Could the keeper [have saved it]? Has it gone in the corner? No, but it’s the power.”

Billy Gilmour, 18, scooped the man of the match award and Barkley was full of praise for his team-mate after the match.

“Today he was brilliant but it’s not a surprise to me,” Barkley said of Gilmour.

“The way he trains every day… I saw him last season and he was quality in training.

“He’s shown that with the little chances he had this season.

“Today was a top performance and long may it continue.”