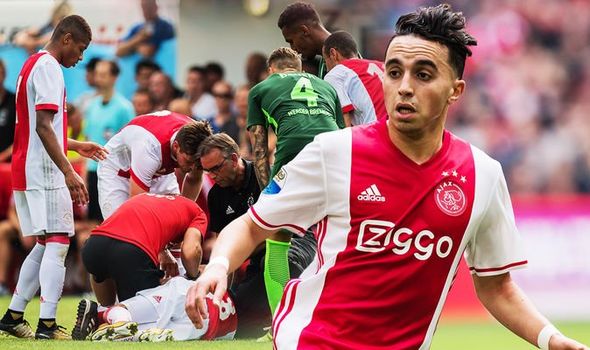 The family of Ajax midfielder Abdelhak Nouri have confirmed that he is now more responsive, although he is still “very bedridden” according to his brother.

On Thursday night, Dutch talk show De Wereld Draait Door (The World Keeps On Turning) devoted an episode to Nouri during which his brother Abderrahim spoke about his condition.

The 22-year-old collapsed on the pitch in a pre-season match against Werder Bremen in July 2017.

He suffered severe and permanent brain damage due to a lack of oxygen after experiencing a heart attack due to cardiac arrhythmia.

Nouri was then put into an induced coma in hospital as doctors saved his life. 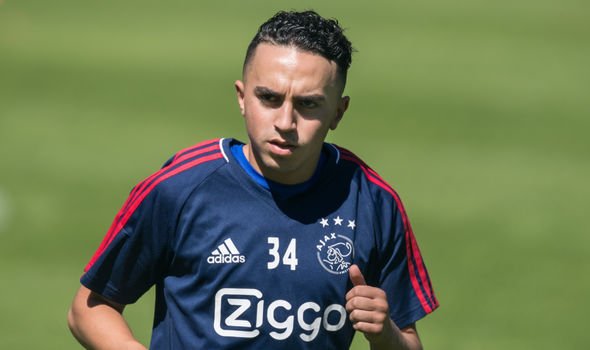 That’s despite reports that Nouri has only recently awoken and was instead in a coma for two years and nine months.

Shortly after the incident, his brother had said Nouri did not even recognise his family – but thankfully he is now more responsive.

In a new update, Abderrahim confirmed his brother – known as ‘Appie’ – uses his eyebrows to communicate, often smiles and even watches football matches, though he still cannot talk.

“It is going well with Appie,” he said on DWDD. “He has not been home very long, we take care of him there now.

“I must say that since he is at home it is going much better than before in the hospital.

“He is aware of where he is, he is back in a familiar environment with his family.

“He’s no longer in a coma. He’s just awake. He sleeps, he sneezes, he eats, he burps, but it’s not like he gets out of bed.

“He’s very bedridden and still very dependent on us. On his good days there is a form of communication, for example, confirmation with his eyebrows or a smile.

“But you notice that he can’t last that very long.

“We talk to him like he’s not sick. We take him into our conversations and we watch football with him in the living room, for example. 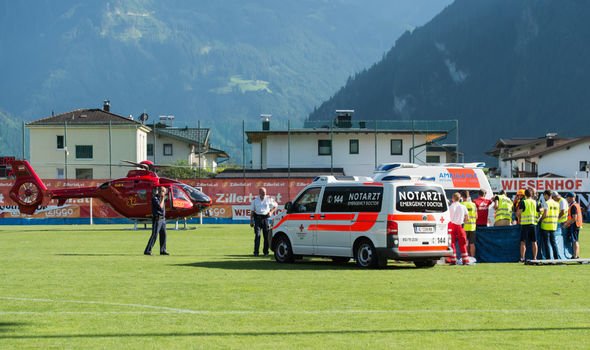 “Then he watches. You notice that he likes that very much. He often shows emotions.

“Sometimes he is emotional, but often there is also a smile. That does us good. That makes you really appreciate a smile. ”

Nouri’s father Mohammed said: “I still believe in a miracle, sure.

“It is a hard ordeal for us. We do our very best. The idea is for Appie to get better.”