Inter Milan have reportedly sealed the signing of Real Madrid full-back Achraf Hakimi on a five-year contract for an initial fee of £36million.

The Moroccan international was spotted arriving in Milan to complete his medical ahead of sealing a move to Antonio Conte’s Serie A side amid interest from Premier League clubs including Chelsea and Manchester City.

Hakimi, 21, made 17 appearances for Real Madrid but shot to prominence during a two-year loan spell with Borussia Dortmund that brought 13 goals in 72 games. 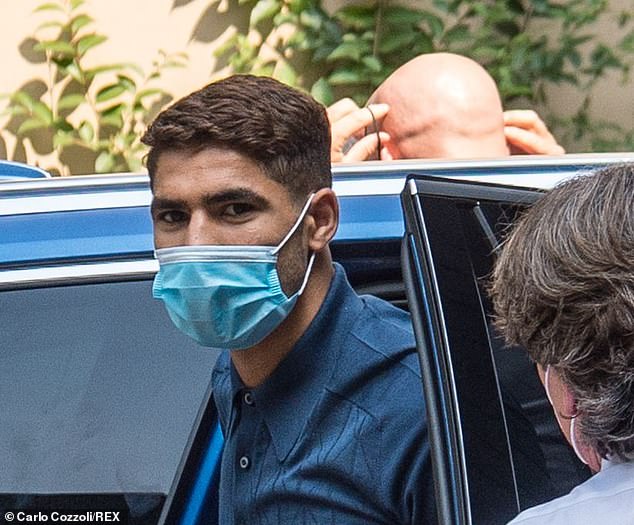 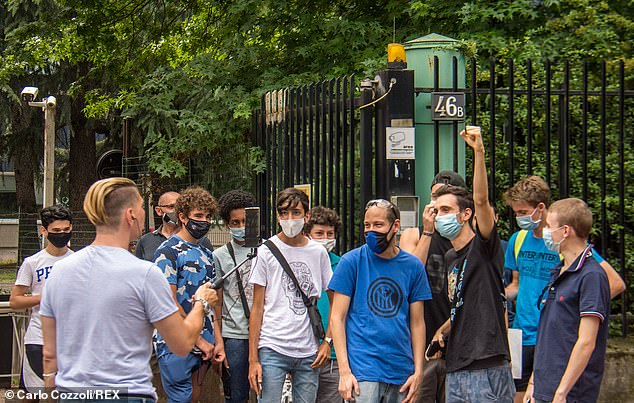 Crowds had gathered outside Inter’s headquarters to catch a glimpse of their new signing ahead of the defender sealing his move.

Born in Madrid, Hakimi opted to represent the country of his parents at international level and to date has won 28 caps as well as representing Morocco at the 2018 World Cup.

His performances for Dortmund this year, with 10 assists across 25 games, had put top European clubs on alert after he failed to agree a new deal with his parent club. 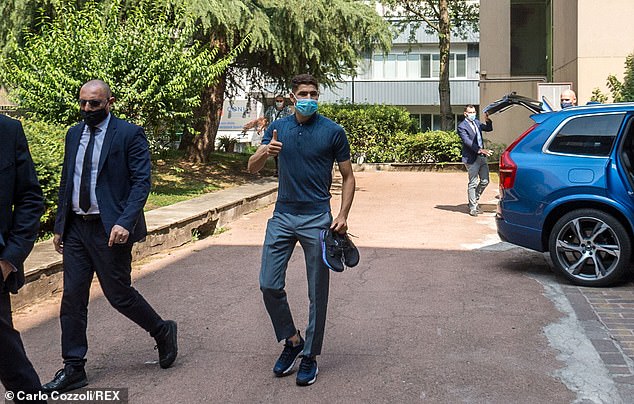 Hours after entering the club’s facilities, it was reported Hakimi sealed his permanent move 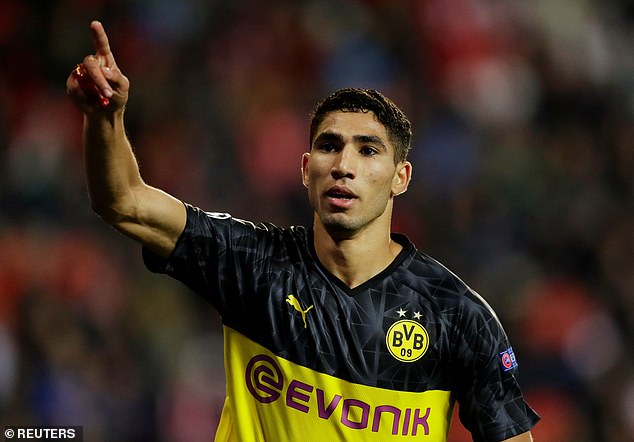 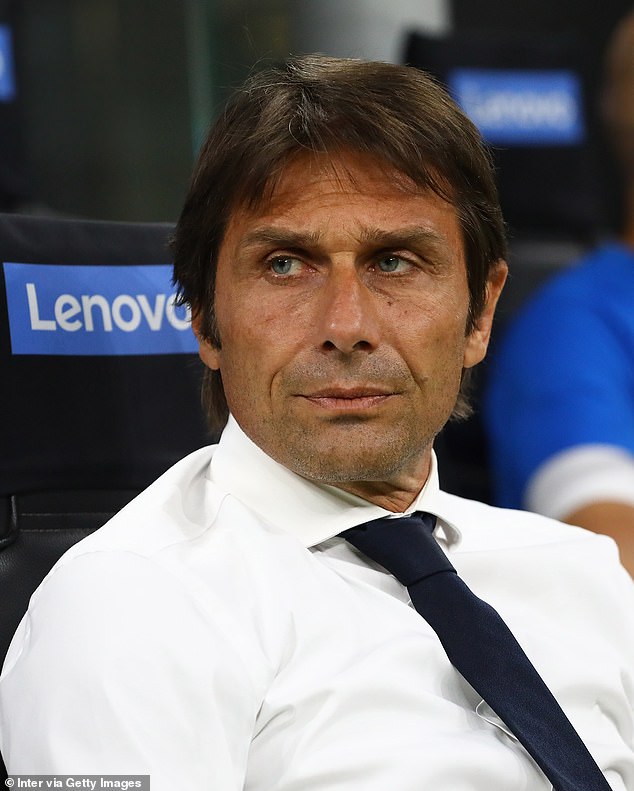 Inter sit third in Serie A after the resumption of action and next host Brescia as they aim to closee the gap to the top.

They are currently eight points from leaders Juventus with 10 games to play following an encouraging debut season for Antonio Conte.