Accrington Stanley midfielder Sam Finley has been banned for eight matches by the Football Association (FA) for abusing an opponent.

Finley, who initially denied the allegation, later admitted using abusive language towards Rochdale’s Paul McShane in a League One match on January 1.

As well as the ban, the 27-year-old has been handed an £850 fine and must attend a face-to-face FA educational programme.

The FA’s written reasons from the case show McShane told the referee during the first half of the match that he had been “racially abused” having “been called a p****”.

None of the match officials witnessed the incident, and Finley denied using the term “p****” in a post-match interview, with his manager and the referee present.

Finley again denied the allegation in an FA interview later that month, but said in his witness statement: “I did make reference that Paul should go back to his caravan and that I was referencing him being Irish in doing so.”

The FA say that, when he was formally charged in February, Finley admitted the charge. 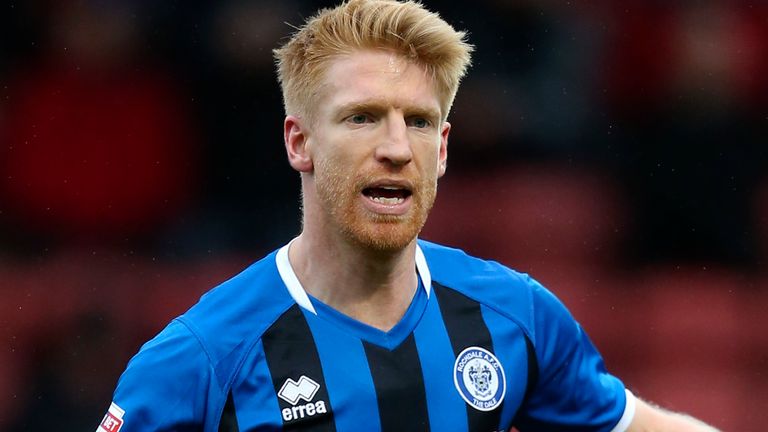 He was found guilty of breaking FA rule E3 (1) by “using abusive and/or insulting language” towards McShane.

The charge represented an “aggravated breach, which is defined in FA Rule E3(2), as it included a reference to nationality,” the FA added.

The FA regulatory commission also heard that Finley was charged in 2016 for an aggravated breach of FA Rule E3(1) while playing for Fylde.

He was found to have “used abusive and/or insulting words, which included references to sexual orientation, towards a match referee”.