Wayne Pivac is determined to propel Wales back to the future knowing his green team face a stern early examination by England.

The New Zealander picked a team full of untested combinations, mixed with experienced men, especially in the back-row where James Botham and Shane Lewis-Hughes start in a new back-row combination with Taulupe Faletau.

James Botham, grandson of England cricket legend Ian, will start for Wales against the English in the Autumn Nations Cup this Saturday

‘It we felt they weren’t ready, we wouldn’t have put them out there,’ he said.

‘What a match for these guys to be tested in.’

Louis Rees-Zammit, Josh Adams and Leigh Halfpenny, in for Liam Williams, who has a cut lip, have never played together either.

And centres Johnny Williams and Nick Tompkins started the match for the first time together last week.

So while an England game boils the blood like no other in Wales, Pivac is sticking to his development plan for the 2023 World Cup despite six defeats in eight.

‘It’s not a Six Nations or World Cup match,’ he added. 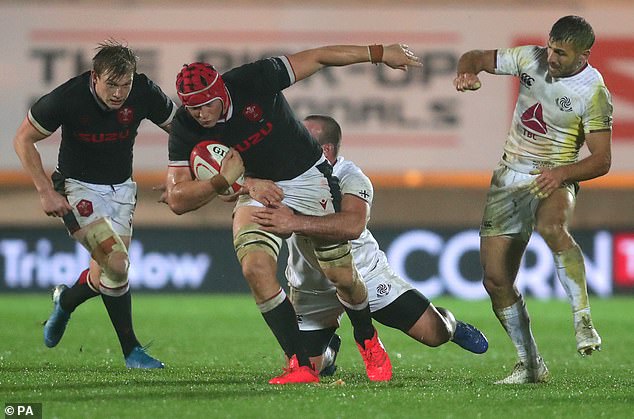 ‘But is a Test match and it is England against Wales. We’ll be going out there to do the best we can to win the match, obviously, but along the way we will learn a lot as well.

‘We’re not looking at people for a one-off game. We’re looking at the future here, 2023.

‘We’ll certainly be looking for a lot of heart. The Six Nations won’t be about opportunities.’ 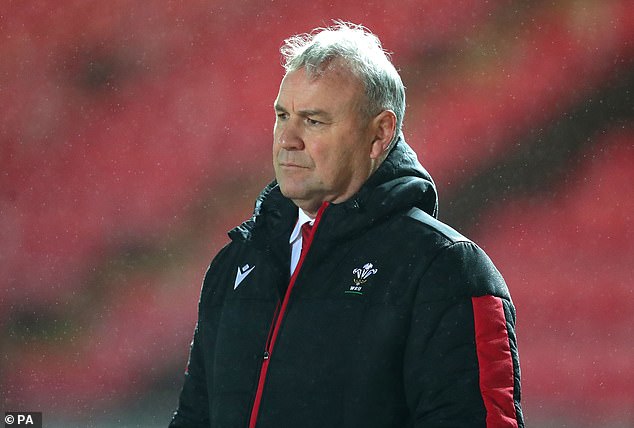 Related posts:
Previous Post: Jose Mourinho jokes why he is ‘not happy’ with Harry Winks after Tottenham win
Next Post: Thomas Partey may hold key to new Arsenal after Arteta’s breakthrough moment