The change began at Greg Stafford’s farm on the Mornington Peninsula, the place where Melbourne’s honest conversations began. Around a fire. With beer.

It was a session for players to unwind after the first stages of pre-season training, before Christmas. There were no other coaches there save for Stafford, the former Sydney and Richmond player, who’s now Melbourne’s ruck and forward coach.

The Demons enforced change after growing tired of being the butt of jokes. Credit:Getty Images

That was when the first moment of unity and clarity on the need for change took hold. The conversations began with questions: Why are we shit? Why do we come up short? Why are we here again? What is the difference between Richmond and us? Look at our players, we have the talent they do.

The Demons were sick of being the butt of jokes for falling short and being flaky. They had played in a preliminary final in 2018, then tumbled to 17th in 2019 and finished a couple of percentage points outside the eight in 2020. They started to look at each other and inside the group for reasons.

The next step occurred some time after that night at Stafford’s farm.

The players had all gone down to a course in Casey and played golf in the morning. In the afternoon there was a series of meetings.

The difference between Melbourne and successful clubs was not one of talent but mindset.

The leaders this time came prepared to deliver their thoughts to the group. They’d had enough and were going to drive this change. Like others demanding change, they had first of all, and most significantly, accepted they had a problem.

The difference between Melbourne and successful clubs was not one of talent but mindset. You could call it culture but that is overused and maybe misleading.

The leaders talked of selfishness. It was selfishness in varied forms. For some it was the selfishness of the player who wanted to get his 35 touches and was less worried how the team goes. Some players admitted they had been guilty of that.

There was also the idea that when things were desperate, when they needed leaders in games, players would try to pull on the cape and be Superman to save the day, playing outside the role they had to try and win the game off their own boot. It was understandable, admirable and counter-productive. 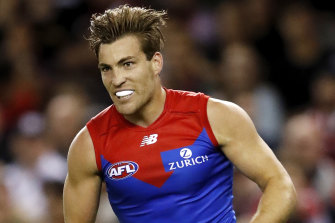 Selflessness in the Richmond style meant being comfortable in doing what the team needs, what the game plan needs of you all the time no matter the situation. Dustin Martin might wear a cape at times and turn games but he does it within the parameter of what his role is: go on the ball and win clearances; be a forward isolated one out and be the target. They are still the same roles, just in moments of not-so-quiet desperation he performs them when they matter.

Jack Viney had always been prepared to do whatever was required, play whatever position whenever the team demanded it without complaint or personal regard. But not everyone had. It is why he is so admired at the club and why he has so often finished higher in the best and fairest than other more talented players. The coaches knew the roles he had and what he had done for the team, and importantly what he had not done.

This was the meeting that drove the idea of a new selflessness in all its forms among the Melbourne players. Angus Brayshaw, Clayton Oliver, Christian Petracca, and Viney all enthusiastically embraced it and pushed the idea but no one drove it harder than skipper Max Gawn.

Gawn spoke of this new Melbourne selflessness before the season began but there was a degree of cynicism when he talked because it felt like just another club adopting the in vogue empty buzz-words. 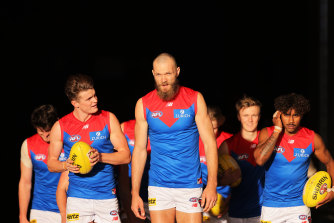 But now, 10 rounds in, we have seen substance to the promise, and the words don’t feel empty anymore because the evidence has been in the way they have played. This is not to say they have arrived and are now an exemplar of zen football, but an acknowledgement that they have translated onto the field so far what they said they would. They are playing with a resolve and understanding that they said they would.

The best resolve of players wouldn’t necessarily translate to change if other things didn’t also fall into line.

The club chief executive Gary Pert did a review at the end of last year to try to unpick what had worked and what had not. The football department insisted they were doing a lot right so cautioned about throwing out the baby with the bathwater. But they admitted there was bathwater to chuck out because the club had fallen away again from its high-water mark of the preliminary final.

The assistant coaches were changed for a fresher voice but there was acceptance that the game plan was broadly effective. The coaches looked to push the defensive line higher, to utilise the assets of a strong backline and midfield to play high up the field and attack from defence.

To that end, just as important as their style of play was who was playing it. The game was able to be built around back-line pillars because those pillars were finally regularly playing together. Steven May and Jake Lever have both had interruptions since their arrival at Melbourne but now they were playing consistently together for long enough to develop synergy. There is a similarity around the way each likes to intercept the ball, but they have found a chemistry that has worked. The importance of the Adam Tomlinson role (now played by Harrison Petty) should not be underestimated either.

Gawn was emblematic of the selflessness the club was looking at. A natural ruckman – and with Nic Nat the best in the AFL – he recognised that for Melbourne to be better he was best slightly sacrificing his game to get Luke Jackson more time on the ball and so began shifting the balance of his time between ruck and forward with Jackson. Melbourne have been better for it.

At the other end of the ground, things could have fallen apart with recruit Ben Brown not ready to play and Sam Weideman injured. Tom McDonald, having been put out to the market by his own club, with no suitors, did not sulk. He went to a meeting at the end of the year and said, ‘This is what I am going to do’ and reeled off a checklist of things he would do to get back to his best. And he has done them. He is fitter, leaner and playing as well as any time in his career. 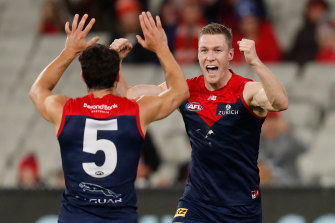 The club was frustrated that soft-cap cuts saw them lose assistant coach Matthew Egan but new coaches in Adem Yze and Mark Williams walked in. Williams’ passion immediately resonated with the players as he focused on skills coaching. Yze brought a style of quiet determination to challenge the players but also reinforce playing methods, as well as a deep understanding of the club and its culture.

Alan Richardson moved from coaching director to replace Josh Mahoney as head of football and he drove subtle changes in the football and leadership programs.

The soft-cap cuts meant there was now no leadership facilitator, it fell back on the players, coaches and Richardson to do it.

They adjusted their model and it gave more people a greater sense of ownership and responsibility that if things were going to shift it was up to them. Petracca in particular thrived with the greater responsibility on the leaders to drive the thinking that it was not up to one, it was up to all.

Simon Goodwin was contracted but it was the only thing providing reassurance for the senior coach at the club. There was a sense he had coached nervously in 2020, fearful that another fall away like 2019 would not be tolerated. That uncertainty permeated the group. 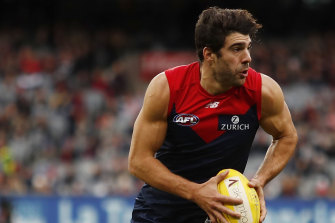 He had reason to wonder how safe he was. The primary person harbouring doubts of his suitability for the job was on on the board: the now-departed chairman Glen Bartlett.

Bartlett was seen as a strong sceptic of Goodwin but others on the board were more sceptical of Bartlett than the coach.

In one of the more extraordinary, yet largely overlooked, moments in football, Bartlett was voted out of the presidency by his own board a month into a new season while the team remained unbeaten.

Yet the move created nary a ripple in the broader football landscape as the team kept winning.

“The issue of the president had the potential to seriously derail the club and it didn’t, it actually kept the club on the rails,” a senior Melbourne figure said.

The change is there. They have won games this year they would often have lost – the North Melbourne game when expected to win, then finding themselves trailing in the third quarter was an obvious occasion where Melbourne would have fallen back on players trying to turn the tide on their own. Instead, the way they won that game was emblematic of the change in resolve within the team. They have built a confidence that their game will prevail if they do what works for them for long enough.

Winning creates its own momentum too. Each victory delivers its own affirmation in the way they play, delivers greater commitment to the method of play.

“It really has been the players, and Max has been terrific just an outstanding leader, but the coach has done a great job to navigate all that,” a senior Melbourne person said.