Toronto Wolfpack are in talks with Super League and the Rugby Football League as the coronavirus outbreak threatens to wreck their homecoming.

The club have been playing the first two months of the campaign in England due to a combination of the harsh Canadian winter and the unavailability of their Lamport Stadium until mid-April.

Toronto’s next two fixtures against Wakefield and Huddersfield are off after Super League was suspended.

But with play set to resume on April 3 as things stand, consecutive home fixtures against Hull, Wigan and St Helens are under threat.

The Canadian Government has imposed an indefinite ban on non-US and Canadian citizens entering the country, while the Foreign Offices advises against all but essential travel to North America. 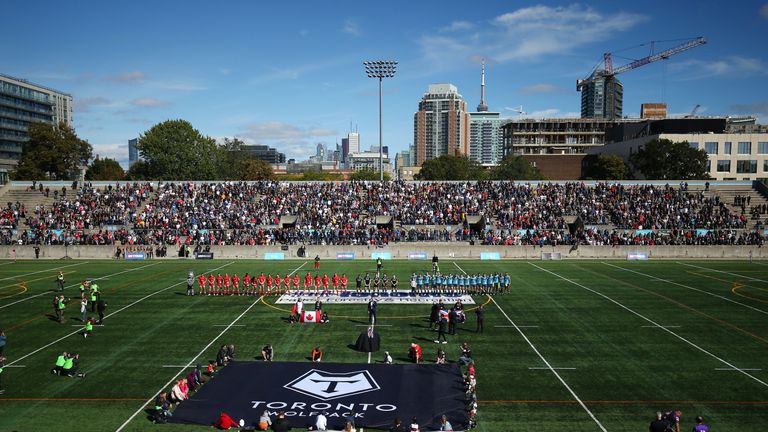 Wolfpack UK business manager Martin Vickers said: “It’s a complex situation. We’re urgently in dialogue with the governing body and Super League about proceeding with plans around these games.

“We have not contemplated playing games anywhere else but Canada. The home games are our sole source of income.

“Unlike other clubs, we do not receive central distribution and it would be a huge factor if we were to lose the competitive advantage of playing at home.”