‘The last thing we got to do now is start panicking and pointing the finger’: Justin Tipuric calls on Wales to remain calm after third straight defeat

Wale were overpowered before a late, in-vain two-try surge brought them back to within three points when England were down to 13 men after cards for Ellis Genge and Manu Tuilagi.

The Grand Slam champions play Scotland next week knowing another defeat could see them finish only ahead of Italy.

But flanker Tipuric, who scored two tries himself, says there is no cause for alarm in the early days of Wayne Pivac’s era.

‘The last thing we got to do now is start panicking and pointing the finger,’ he said.

‘Obviously internationals are pressure games but there are easy fixes and at the end of the day we are on the field and we are the ones who can put it in the right.

‘We are not far away, we just need to be a bit more clinical.

‘Just after half-time we played too much and allowed them back into the game. It’s those one percenters and easy fixes.

‘It was frustrating that we gave ourselves so much to do. 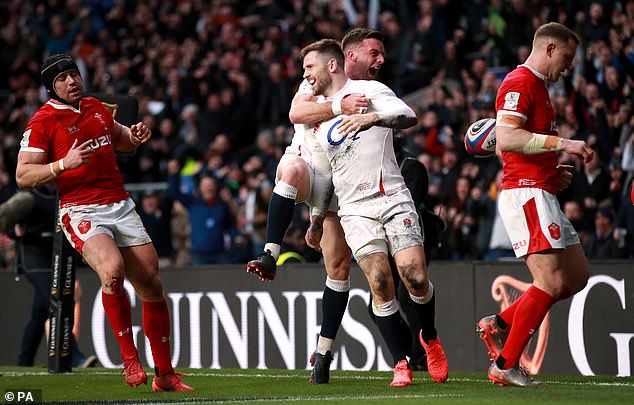 ‘After starting the second half well we had a few silly exits in the game that gave them easy three points, and then some silly mistakes which is the old cliché we keep saying that we need to sort out.

‘You could pick and point at things all the time but it’s just being clinical at international level. We need to be more clinical and need to put teams away.’ Josh Navidi continued on the same theme. He said: ‘We are not in a bad place. We are still building, the boys are still getting used to the systems. It was just the first-half let us down.

‘We can take some positives from that game and just keep moving forward. It’s obviously a new regime, and hopefully we can just keep building.’ Wales have lost just two of their last 18 Tests against Scotland – in 2017 and 2007 – and are desperate to end the Championship on a positive note back home on Saturday.

‘We want to win every game,’ added Tipuric. 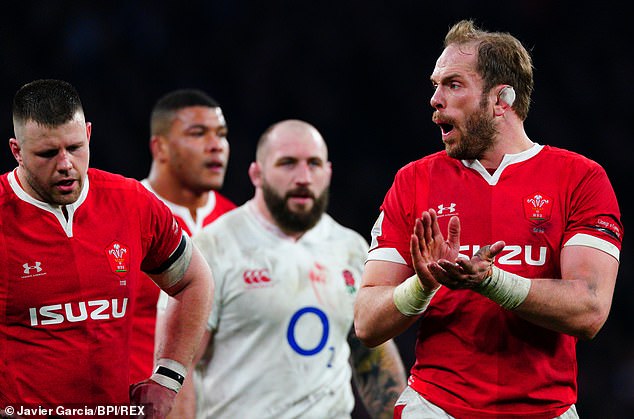 ‘The biggest thing is we want to finish the campaign on a high and whoever steps up for the summer tour has a bit of momentum going into it.

‘We want to finish the Six Nations on a high, have a good performance and get a result.’ Centre Hadleigh Parkes added: ‘We are back at home. We don’t like losing at home. It’s going to be a tough game against Scotland. We just want to go out there and make sure we finish on a high and put in a good performance in front of our own fans.’ On England, Tipuric said while they may not be the subtlest of teams they are mightily tough to stop.

‘They played to their strengths,’ said the openside.

‘They have got a gameplan and they stick to it. It was not so much about the fancy rugby but they grind teams down and batter you.’