Premiership champions Harlequins have announced that Tabai Matson is to join the club and will lead their team of coaches next season.

Matson represented the All Blacks and the Fijian national side during his playing days before moving into coaching.

He has worked in Japan, Australia and New Zealand, and will be familiar with the Premiership, having had a spell at Bath.

Matson joins a Quins club who have just capped a remarkable season by beating Exeter 40-38 in a thrilling Premiership final.

A statement read: “Matson joins Harlequins this month following the conclusion of his role as head coach of the New Zealand U20s side. 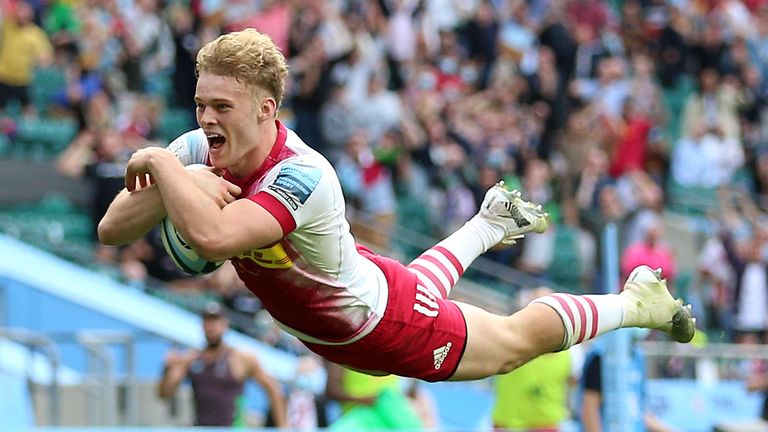 “He will be the senior coach, leading the current coaching group of Nick Evans (Attack and Backs), Adam Jones (Scrum), Jerry Flannery (Lineout and Defence) and Charlie Mulchrone (Skills and Kicking).”

“It has been great to see them play with smiles on their faces and with great skill and teamwork. To be crowned champions at Twickenham last weekend was a wonderful reward for the club.

“I’m not coming to reinvent the wheel. This is a special team with some fantastic people and a great history.”

General Manager Billy Millard said: “I’m delighted for us to announce that Tabai will be joining us ahead of the new season.

“We identified in the middle of last season that we were in need of extra resources in the coaching department, and left no stone unturned in the process of identifying the right person to fill that role. Tabai was the outstanding candidate.”

CEO Laurie Dalrymple said: “We’ve had a phenomenally successful season as a club, and we can’t wait to see Tabai join us to take Harlequins a step further.

“Tabai will lead our four-man coaching team, while Billy’s role will now evolve into Director of Rugby Performance, overseeing all aspects of the performance side of the Club for our Men’s, Women’s and Academy teams as well as their support teams around them.

“It is important that our supporters understand that this is evolution, not revolution.

“They should feel assured that across the club we are putting the building blocks in place to ensure that our exceptional success this season is repeated.”