New Zealand and Australian Super Rugby sides will participate in trans-Tasman crossover matches at the end of their respective domestic competitions next year, signalling a truce in a public and bitter dispute between the countries’ rugby bodies.

New Zealand Rugby and Rugby Australia made a joint announcement of the trans-Tasman competition on Friday.

“Super Rugby Trans-Tasman is a great result for fans on both sides of the Tasman and is testament to the strength of the relationship between New Zealand Rugby and Rugby Australia,” NZR chief executive Mark Robinson said in a statement.

“It (has) been a testing time for rugby in both countries, but also a chance to reimagine the game in our part of the world for 2021.

“The result is an exciting and innovative new competition, which will benefit fans, players, broadcasters and Super clubs.”

The cross-over matches for 2021 will run for six weeks with teams playing all five sides from the corresponding country. Each team will play two matches at home and two away. 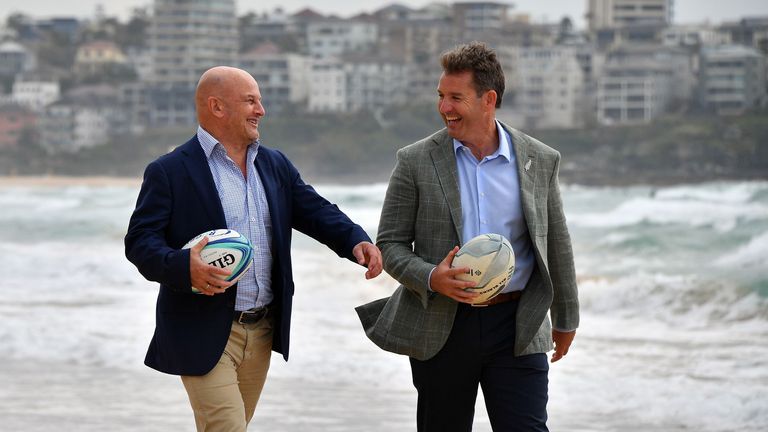 All of the games in the third round of matches, however, will be played at the one venue that is yet to be determined.

The top two teams, regardless of country, will qualify for the final with the top-ranked side hosting the match on June 19, which dovetails with the window for internationals in July.

NZR and RA have been at loggerheads since July over the future direction of Super Rugby as they deal with the effects of the novel coronavirus pandemic.

RA chairman Hamish McLennan said this year that the relationship between the two bodies was at an all-time low, but NZR refuted that suggestion.

All Blacks captain Sam Cane welcomed the news, particularly given the physicality they experienced in their own domestic Super Rugby Aotearoa competition.

“I think it’s awesome,” he told reporters on a conference call from Sydney.

“I can’t imagine playing three rounds of bashing each other in New Zealand.

“It’s pretty exciting that we get to come over here and play each other and vice versa. It’s something we all wanted.”