Where England, Italy and Wales had all failed, Scotland succeeded as Sean Maitland’s double and a late score from Stuart McInally ended the clean sweep hopes of Fabien Galthie’s team in this year’s Six Nations.

And Hogg admits the victory is among his proudest in a dark blue jersey.

“It’s definitely up there,” said the Exeter Chiefs player. “We talked before the game about how great memories are made by great opportunities.

“Today was a great opportunity for us as a 23 and as a country to achieve something special. I believe we’ve done that.

“We worked incredibly hard to give ourselves every opportunity of winning and I’m incredibly proud of the boys. We took it to France.” 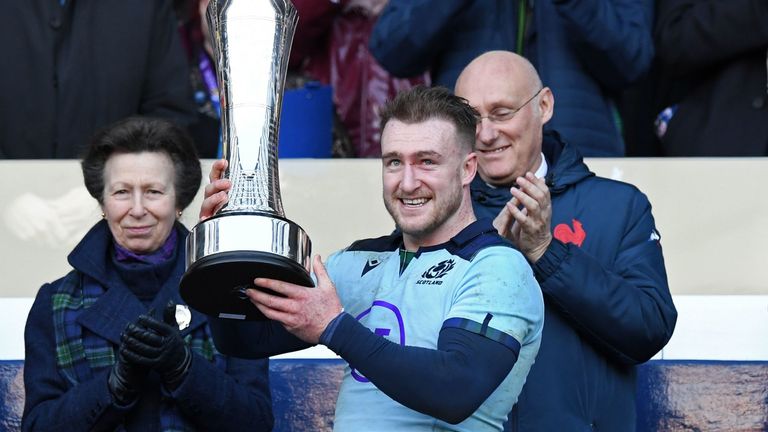 France played out the final 44 minutes with 14 men after Mohamed Haouas’ moment of madness cost them dear.

The prop saw red after landing a punch on Jamie Ritchie’s chin but Hogg insists the dismissal was not the key factor in the visitors’ downfall.

“It didn’t change what we wanted to do,” he said. “We wanted to be physical up front and exploit their blitz defence as a back line.

“We stuck to our plan. You get a feel for momentum. We discussed (kicking to the corner at 7-6 down) as leaders, we backed ourselves.

“Just after the red card, as well, we thought about going to the corner. The more we discussed it, we decided to take the three. We’ve got a good group of leaders and we trust each other.