The Six Nations have confirmed the game between Italy and England will go ahead as planned, but there are plans to move the Women’s and U20 matches. The tournament had already made the call to postpone both the men and women’s matches between Italy and Ireland in Dublin on 7 and 8 March due to concerns over the coronavirus.

No new date has yet been set, but World Rugby officials met in Paris today to discuss the future of the 2020 tournament.

The outbreak of the coronavirus in northern Italy had some calling for the 2020 Six Nations to be axed altogether.

That would have likely caused uproar in France, who remain on course to win a first Grand Slam since 2010.

England though also have a slim chance to win the championship with plenty resting on their final scheduled fixture against Italy in Rome.

With Ireland’s match against Italy already being postponed, there were fears England’s match would also have to be moved or even cancelled.

But a statement released on Monday has confirmed all remaining six matches, including Italy’s games against Ireland and England, will go ahead.

“The Six Nations met today in Paris to address the current situation regarding the Covid-19 virus.

“Six Nations and its six unions and federations are following the situation very closely with their respective governments and relevant health authorities and will strictly follow any directive given that would impact sporting events. 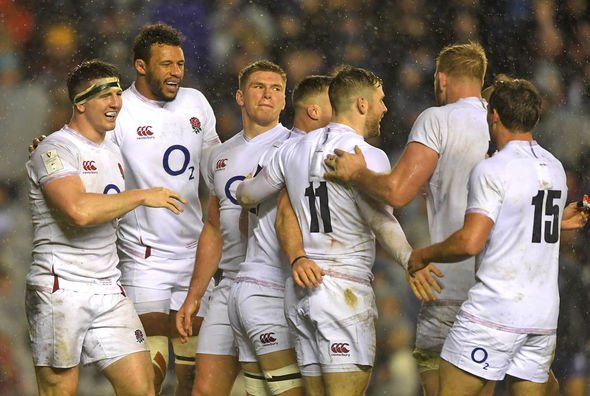 “As it stands today, based on the latest information, all Six Nations matches currently scheduled are set to go ahead.

“Six Nations is in contract with FIR and RFU regarding the possibility of relocating the Women’s and U20 Italy vs England matches to another Italian location and we will make a further announcement on this in due course.

“However, the Italy vs England Senior Men’s match in Rome is planned to go ahead as scheduled.

“Six Nations intend to complete all 15 games across all three championships when time allows but we will refrain from making any rescheduling announcements for the time being while we keep assessing the situation.”