Rassie Erasmus heaped praise on Sale Sharks after the Premiership club had five players named in the Springboks squad to face the Lions.

Erasmus said: ‘The nice thing about the Sale set-up, playing with Faf at nine, the Du Preez brothers jumping together in the line-out — they are in sync.

‘Look, it’s terrible to a lose player because South Africa rugby doesn’t have the money to keep them, but when you lose them to a set-up like Sale, then well done to Sale and well done to them. We’re very chuffed with what’s going on at Sale.’ 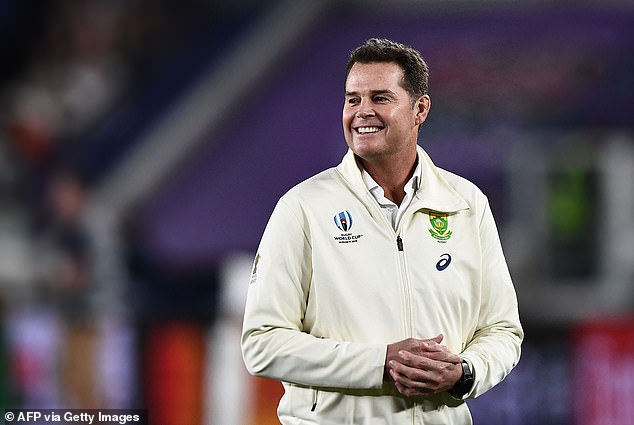