Wales have a fresh start from recent problems when they face Fiji…from Alex Cuthbert to Liam Williams to Ellis Jenkins there are tales of redemption, progress and intrigue all over the field

As soon as Wales plug one hole this autumn another gushing torrent seems to appear – so Sunday’s Fiji match is a chance for their patched-up side to prosper.

Against the All Blacks it was their alarmingly leaky defence, and lolloping lineouts, and once they sorted that against South Africa, Wales’ scrum splintered.

Amid that, rafts of injuries, particularly to stalwarts Alun Wyn Jones and Ken Owens, and a Covid case for Uilisi Halaholo, plus two pitch-invaders making it onto the Principality Stadium turf, and Wales have sailed in choppy waters on and off the field. 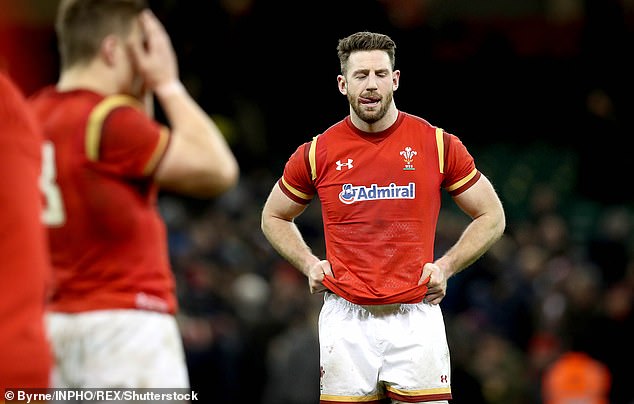 Today, then, can be a fresh start from all that. It will be for many in the team – tales of redemption, progress and intrigue all over the field.

Out on the right wing is Alex Cuthbert, playing his first Test since Georgia in 2017, after four years of exile in England and more recent injuries.

Behind him is Liam Williams – back starting after appendix trouble – and inside is Josh Adams, deployed in a new position of outside centre.

In the back-row Thomas Young runs out at the Principality Stadium for the first time, 20 years after he was a mascot there for his father Dai on the prop’s 50th cap, another returning from exile. 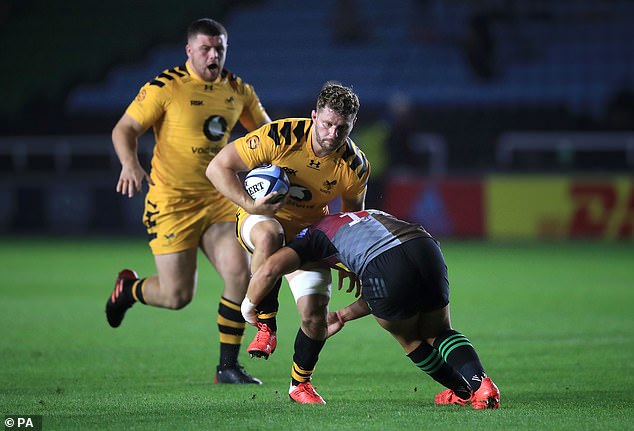 And, perhaps a sign of the new era evolving, Ellis Jenkins is captain on just his second Test back after his horrendous knee injury in 2018.

With massive Christ Tshiunza primed for his debut off the bench, there are stories everywhere.

What Wales must end Sunday with is a win – preferably without the heart-stopping drama of the last match their head coach Wayne Pivac was involved in between these sides, when he was in the opposing dressing room.

‘Coming here in 2005 we were beaten by a drop goal in the last minute,’ Pivac recalled of the 11-10 Welsh win thanks to a Nicky Robinson kick.

‘They are a passionate rugby nation. It was a fantastic experience living in another country. I have memories of winning a Tri Nations down there which for the Fijians is big. When you play against the Tongans and Samoans it’s really important.

‘It’s like the Six Nations to Wales. I also had experience of the sevens down there and winning the World Cup with Fiji was just a tremendous experience to see what it meant to the whole nation. They’re mad passionate about their rugby. 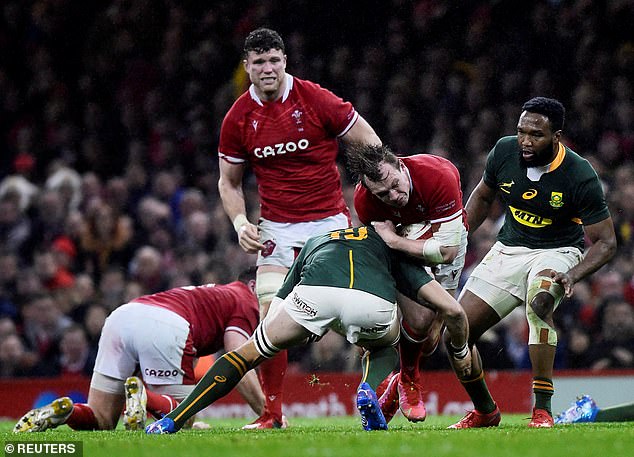 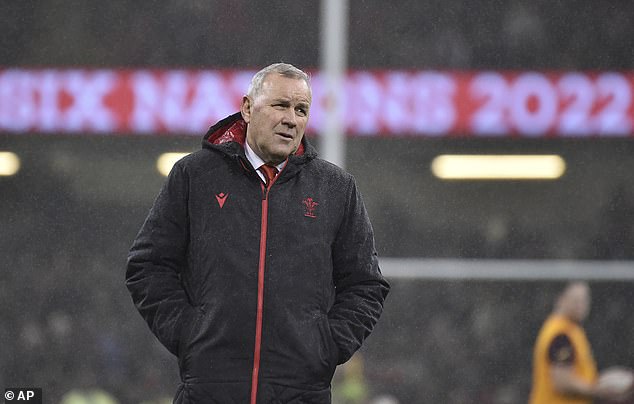 ‘You can’t hide from the pictures,’ Wales coach Wayne Pivac said of the South Africa defeat

‘Rugby and religion are the two big Rs. They are very similar to us in Wales and in New Zealand to be honest. Sevens was the number one sport followed by 15s and they’ll come on Sunday and relish the opportunity to play in front of a big crowd.

‘I know they’ll be looking forward to it.’ They will if the likes of Viliame Mata, the Edinburgh No 8, wing Jos Tuisova, and scrum-half Frank Lomani will be on song.

But as too often is the case this is not a full-blown Fiji – no Semi Radradra, the Bristol superstar, no Levani Botia, the centre, not even Vern Cotter the head coach has travelled here due to Covid.

‘They’ll have a strong side, there is no doubt about that,’ added Pivac.

‘Obviously, it’s unfortunate that Vern can’t come and one or two of the management staff but since my time there Fiji has come a long way.

‘They’re a side that you can’t rest against. The offloading game is second to none. The Fijians love ball-in-hand and they’re very skillful.

‘We saw them against the All Blacks with a solid scrum for the majority of the game and they scored a driving lineout try, so they’ve come a long way in the set piece.

‘A lot of their players are familiar to us in the northern hemisphere. We’re expecting a big, physical match.’ While the result might not be in doubt, it will be a worthy exercise for Wales. First they need to fix their scrum, as defence coach and former prop Gethin Jenkins admitted.

‘You can’t hide from the pictures,’ he said of the Springbok savaging up front.

‘It was difficult. Every time we went to a scrum it felt we came out losing a penalty, or a decision. We’re fully aware of it and that we need to improve in that area. There’s a lot of work going on behind closed doors.’ But also they can learn valuable lessons for 2023, when Fiji are once again in their World Cup pool.

‘They are probably missing a few too, so they will probably be stronger at the World Cup, but it would be good to go out this weekend and lay down a marker for two years’ time,’ added Jenkins.

A loss to the Pacific Islanders is highly unlikely – if that happens the whole Welsh ship could sink rapidly – but a commanding win can at least temporarily push back the tides flowing against Pivac’s team.

Related posts:
Previous Post: Robson on turning down the England job and why Ole CAN turn it around
Next Post: How England became imperious against Australia