Given how he came to be heralded as the match-winner for Castleford Tigers in their epic 23-22 Super League semi-final win over St Helens in 2017, it is worth remembering Luke Gale was almost sidelined for that game.

A mere 16 days earlier, that season’s Man of Steel was in hospital recovering from an emergency operation to remove his appendix, having been given little chance of being able to feature in the match.

Fast-forward to the night of September 28 though and Gale was front and centre to send the Tigers into the Super League Grand Final for the first time in a clash which is being shown again on Sky Sports Arena this Friday at 8pm.

The missing piece of the puzzle

After finishing fifth in the previous two campaigns, Castleford swept all before them to claim the League Leaders’ Shield in 2017, finishing 10 points clear of second-placed Leeds Rhinos at the conclusion of the Super Eights and winning plaudits for their free-flowing, attacking approach.

Gale, who had moved to the Mend-A-Hose Jungle from Bradford Bulls two years earlier, believes the foundations were laid towards the end of the 2016 season when head coach Daryl Powell switched focus to the following year once their play-off ambitions had been thwarted.

The half-back is in no doubt the signing of Zak Hardaker, initially on loan, from Leeds provided the final key element the team was missing to take them to the next level too, as evidenced by the full-back being one of six Tigers players named in the 2017 Dream Team.

“We signed Zak in the off-season, and he was the missing piece of the puzzle, really,” Gale said. 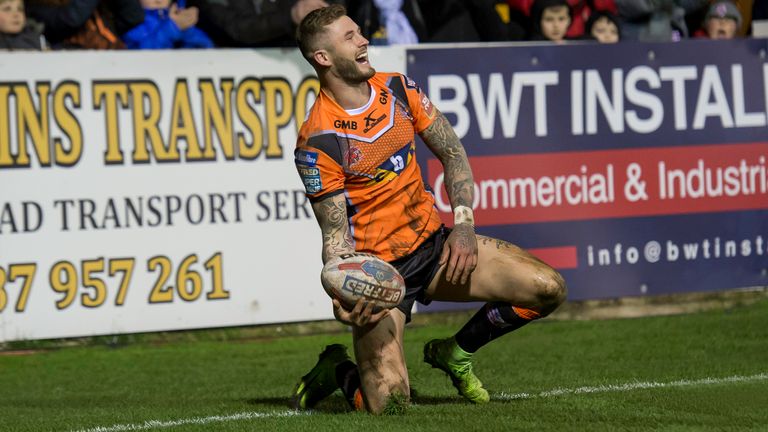 “Powelly did some great work with him out of the back and some position stuff. He’s a great player anyway and Daryl got him to our way of playing.

“He was a previous Man of Steel winner himself, but I remember all season Powelly was working with him out the back and on his attacking prowess to try to create another number.

“That’s the way Powelly wants you to play and it was a fantastic season. It had been building and it all came together in 2017.”

‘If you play you’ve got to make a difference’

It was not all plain sailing though and in the weeks leading up to the play-off semi-finals, Gale was stricken by a stomach ache which was initially thought to be indigestion but quickly turned out to be a problem which resulted in his appendix being removed. 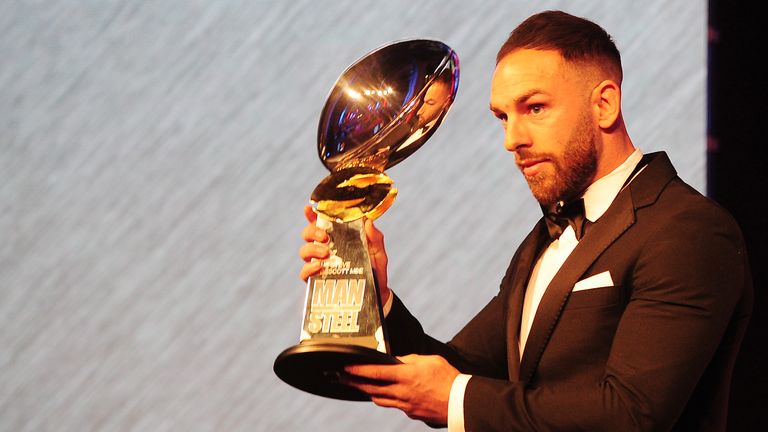 “I can remember I trained one day, and I’d gone to the gym and in the afternoon, I had some terrible pain in my stomach,” Gale said.

“I rang the doctor and said I’d got some really bad stomach pain which wasn’t going, and he explained it and said it sounded like a bit of indigestion.

“I think he said ‘Go and get some Rennies’ or something like that! That night, I ended up in hospital and had my appendix out the next morning.”

Gale was left unable to train in the build-up to the match aside from captain’s runs, but a couple of quick tackling attempts with team-mate Grant Millington assured him his stomach could cope with the pressure. Some wise words from former Great Britain and England international Jamie Peacock proved crucial for him as well.

“Those words stuck in my head.”

With 64 minutes gone of the semi-final against St Helens, Castleford looked all but assured of reaching Old Trafford as they led 20-10 on the back of tries from Hardaker, Gale and Adam Milner. 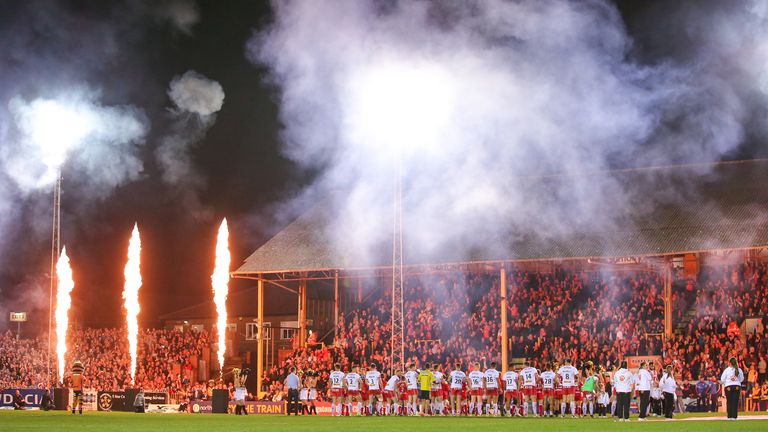 But the arrival of Justin Holbrook as head coach midway through the season had led to a revival in fortunes for Saints and they roared back to lead by two points as Tommy Makinson, Mark Percival and Ryan Morgan ran in three scores in the space of eight minutes.

Gale is still at a loss to explain how the Tigers ended up trailing going into the closing stages, but there was one further twist on the final play of the game when the visitors conceded a penalty for obstruction.

“I don’t know how it happened, really,” Gale said. “I think Saints are hard to stop once they get on a roll.

“We’d been in control of the whole game and then it flipped on its head. They scored a few tries and we couldn’t get off the ropes. 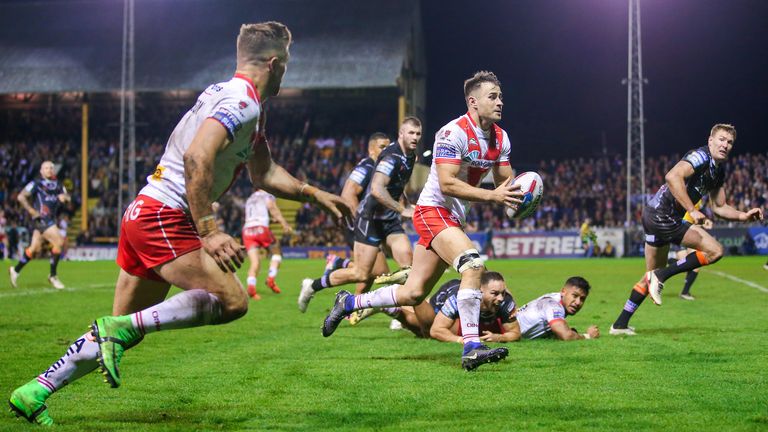 “The penalty we got the game has gone. I put a kick in and the centre blocks (Michael) Shenton, and we get a penalty from it. But the game is gone, and he doesn’t need to do that, so they gave us a lifeline.”

Gale subsequently held his nerve to kick the goal which sent the match into golden point extra time and, following misses by both himself and Matty Smith, then landed the crucial one-pointer which clinched a Grand Final place for the first time in the club’s history.

However, it did not go exactly as planned.

“On the set which won it, we get the same thing and all you’re looking for is a quick play-the-ball so there’s less pressure and [hooker] Paul McShane is going to fire the ball [to me],” Gale recalled. 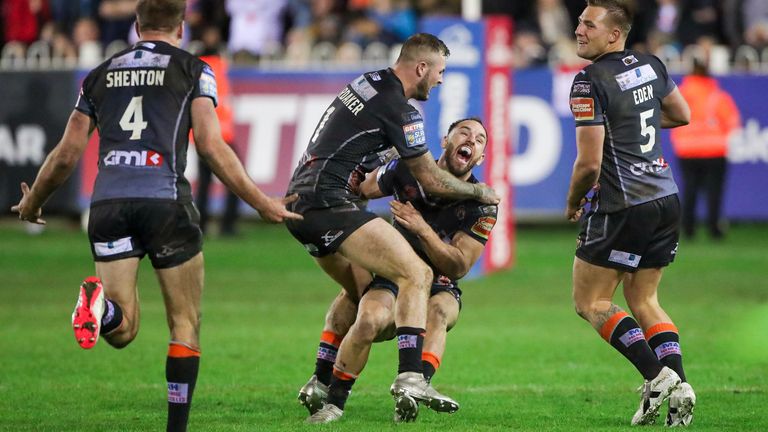 As soon as you kick the ball, you know if you’ve kicked it nice and halfway to the post I know it’s going over, so I set off down the pitch and they all dive on me.

“But Paul actually decides to run, so I’m kind of saying ‘What are you doing?’ and I think the chance is blown. But Junior Moors – who is probably not known for his dummy-half passing! – bends down and gives me a good ball.

“As soon as you kick the ball, you know if you’ve kicked it nice and halfway to the post I know it’s going over, so I set off down the pitch and they all dive on me.

“That was probably the most pressure my stomach was under in the whole game!”

Ultimately, there was no fairy-tale finish for Castleford as they came up short against Leeds in the Grand Final, with Hardaker being dropped in the week leading up to the match and later banned after failing a drugs test. Gale admits created uncertainty in the camp, although he puts the defeat down to the Tigers not adapting their approach to the wet conditions on the night as Leeds, the team he now plays for, triumphed.