The date of May 11, 2019 has gone down as one of the lowest points in Leeds Rhinos’ illustrious history.

A humiliating 24-22 defeat to old rivals and fallen giants Bradford Bulls in the Challenge Cup sixth round came at the end of a week which saw head coach David Furner depart after just six months with the eight-time Grand Final winners languishing in the lower reaches of Super League.

Fast forward 17 months, though, and Leeds are preparing for a first Challenge Cup final appearance in five years and fighting it out for a place in the Super League play-offs, with Richard Agar having overseen a revival in the club’s fortunes after being thrust into a caretaker role for that tie at Odsal. “It probably wasn’t as dark a day for me as it was for a lot of people,” Agar, who had originally joined Leeds as head of player and coach development the previous December, said. “The club had had a couple of difficult years back to back, but I didn’t feel like I was carrying too much baggage from it myself personally.

“It was just that game and the game after (a 30-8 defeat to Castleford Tigers in Super League), I guess a realisation from myself that a different style of training, different drills or game-plans wasn’t really going to fix this.

“This was some fundamental changes to the way we operated as a club and the way we respected each other and understand why we turned up to work every day.

“We had to take, I guess, a bit of a risk at the time and dial back a little bit, and forget about game-plans and just concentrate on the fundamental core values of rugby league and its players – and I think our guys have embraced that.” This was some fundamental changes to the way we operated as a club and the way we respected each other and understand why we turned up to work every day.

After back-to-back losses to start his caretaker reign, Agar led the Rhinos to a record of eight wins and six defeats in their final 14 Super League matches of the 2019 season which saw them avoid relegation and earned the 48-year-old the job on a permanent basis.

Questions were asked when Leeds began this year with a heavy defeat at home to Hull FC on the opening weekend of the Super League season, but a run of three wins prior to lockdown settled any concerns.

However, a nail-biting 27-26 win over Huddersfield Giants when the campaign resumed in August was followed by conceding 48 points against St Helens and a loss to Wigan Warriors.

Since then the Rhinos’ only defeat has been going down 34-6 to Catalans Dragons when Agar rested a number of key players ahead of the Challenge Cup semi-finals, where his side produced a masterclass of how to play in wet weather as they overcame Wigan 26-12 to reach Wembley.

?What a performance from the boys to secure our place in the @TheChallengeCup Final! pic.twitter.com/YXsmPlJXGl

The head coach praised the attitude of his players in identifying and recognising where to improve when results go against them.

“After covid, Wigan beat us but Saints put the cleaners through us,” Agar said. “Internally, we understand and find some reasons why that performance happened, and sometimes the outside noise grows very loud on the back of one performance.

“Sometimes you hit a bump in the road like that and it can be quite alarming, but most teams go through that anyway and we’re on a journey to try to re-establish Leeds as a dominant force in the game.” 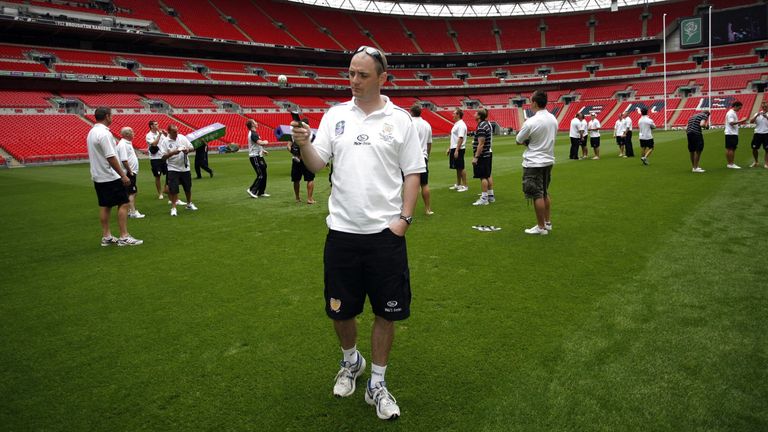 Standing in Leeds’ way of lifting the Challenge Cup for the 14th time in their history on October 17 are Salford Red Devils, who are eager to claim some long-awaited silverware on the back of last year’s surprise run to the Super League Grand Final.

Agar, who led Hull to being Cup final runners-up in 2008 after being on the coaching staff for their triumph three years earlier, is just as eager to taste glory this time around, which would see him emulate his father Allan’s success with Featherstone Rovers in 1983.

Most of all, though, he is proud of the Rhinos squad – eight of whom from Saturday’s Challenge Cup semi-final were also involved in that defeat to Bradford – for the turnaround they have effected since last May.

“I’m proud to coach this famous club,” Agar said, joking: “I probably got the job by accident, being in the wrong place at the wrong time when it came about! “On a personal level, the Challenge Cup holds a lot of fondness and memories for me, and very personal memories too.

“I’ve been very fortunate to experience Challenge Cup finals through my coaching career, so I’m over the moon.