Darcy Graham says he was ‘raging’ when Luke Cowan-Dickie prevented him from scoring, as Scotland wing calls for more against Wales after 20-17 victory over England in opening Six Nations game

Darcy Graham was left ‘raging’ by Luke Cowan-Dickie’s deliberate slap down, but the Scotland wing said justice had been done as his team sealed back-to-back Calcutta Cup wins for the first time since 1984.

Edinburgh’s Graham was involved in one of the game’s key moments when he competed with Cowan-Dickie for Finn Russell’s cross-kick.

With Graham lurking, the England hooker could only knock the ball forward under pressure. Referee Ben O’Keeffe rightly awarded Scotland a penalty try and sent Cowan-Dickie to the sin bin.

‘I was gutted. I was absolutely raging he slapped it forward,’ said Graham. ‘He made no attempt to get up to catch it, so it was the right decision and a penalty try all day long.

‘As a Scottish boy you don’t get any bigger than playing England. We have won Calcutta Cup games in the past and not backed it up. This is a huge opportunity. We have started very well so let’s go on and do something very special.’

Scotland also started the last Six Nations with victory over England, but then followed the win with a home defeat at the hands of Wales. 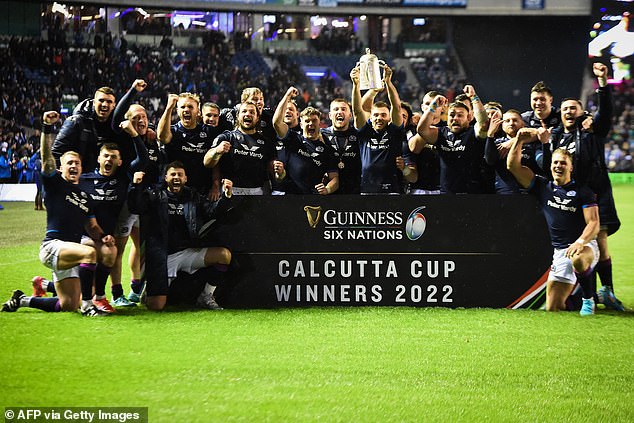 Gregor Townsend’s side now travel to Cardiff on Saturday in round two.

Scotland flanker Jamie Ritchie is unlikely to face Wales after he was forced off and ended the day on crutches.

‘It’s not looking great for Jamie,’ said Scotland head coach Gregor Townsend. ‘It seemed to be the hamstring and groin area.’ 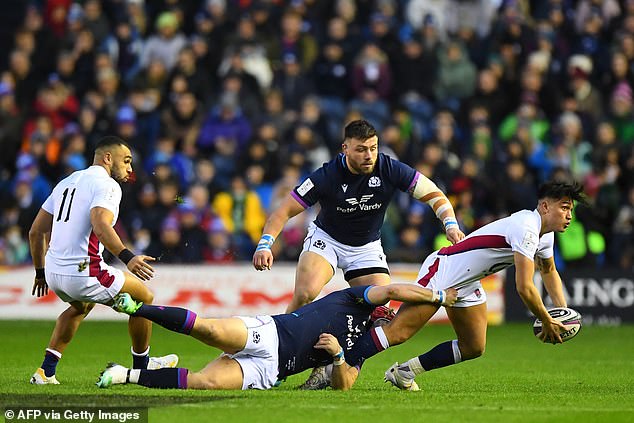 A second straight win over England has raised Scotland hopes of a first Championship triumph since 1999.

‘I grew up coming to Murrayfield and watching us lose a lot of games to England,’ said Scotland flanker Hamish Watson. ‘In the last four or five years, we’ve been on top.

‘Getting off to a winning start in the Six Nations helps confidence and momentum.

‘It is a huge result and it’s a good sign we didn’t fire that many shots and still managed to win.

‘We have to try to get a win in Cardiff now. Wales have got a few injuries, but they always get results when they need them.’