‘If I’m white, I’ll attack… I’m pretty much the same on the pitch!’: Manu Tuilagi reveals he’s become ‘obsessed’ with CHESS since the World Cup, but admits England team-mate Jonny May is ‘the grandmaster’

Manu Tuilagi is England’s master of destruction on the pitch — and he is building an equally fierce reputation on the chess board.

The powerhouse centre, who rattled Ireland No 10 Johnny Sexton with his early carries in England’s victory last time out, has clearly been working on fast starts.

Snatching an early try has been a big focus of England’s preparations for Wales, but Tuilagi has extended the approach beyond rugby.

England have formed a chess league in camp at Pennyhill Park —with Jonny May providing the main competition.

‘I started playing in Japan during the World Cup. I’m obsessed with it,’ said Tuilagi. ‘We play quite a few games between training. If I’m white, I’ll attack. If you’re white you have the opportunity to attack first. When you attack, you have to go all in because as soon as you let your foot off the gas, you’ll be losing. Jonny May’s the grandmaster, but we’re even at the moment.’

As for his approach on the pitch, Tuilagi added: ‘Pretty much the same! I just want to get the ball in my hands as early as possible; try to get some momentum. With Eddie Jones, you’ve got to go from the start.’ 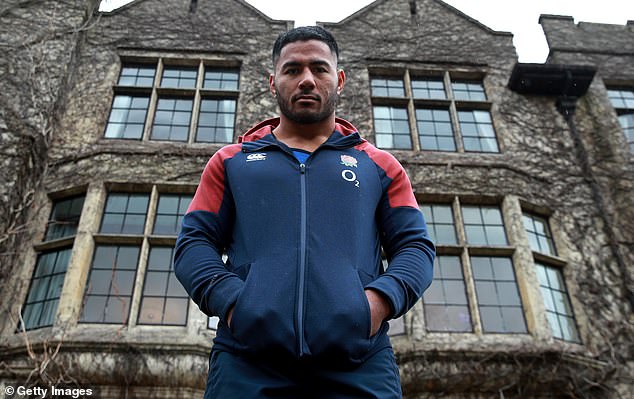 Tuilagi could be reunited in the centre with Henry Slade for the first time since the World Cup.

Both players have been hit by injuries but Jones now has the option to rejig his midfield for the Twickenham clash.

‘I love having Henry back in the team,’ said Tuilagi. ‘I just give him the ball and try to follow him around because he’s an all-round player —run, kick, pass.’

Slade added: ‘I think the reason it works so well is because we have different strengths and weaknesses that complement each other nicely. He gets us over the gain line really well, but we can also use him as a decoy.

‘We get on pretty well off the pitch, too — but he kills me at chess!’