Tommy Raudonikis, who is known as one of rugby league’s great characters, died of cancer at the age of 70 on Wednesday.

He will be remembered as one of the toughest half-backs to ever play. Raudonikis played for New South Wales on 24 occasions and Australia in 29 Tests, twice as captain.

We are saddened to learn of the passing of Tommy Raudonikis.

A rugby league legend and one of the great characters. Rest in Peace ❤https://t.co/zlETcZ2jwV pic.twitter.com/Y6r2kwcbX4

He was inducted into the NRL Hall of Fame in 2008 and Wayne Bennett has described him “as tough as they come”.

“He was a remarkable guy and everyone who played with him loved him,” Bennett said.

“Because he was what the game was about. He put his body on the line and didn’t let anyone down.”

“Tommy was one of a kind,” he said. “There will never be another Tommy Raudonikis.

“Tommy was everything that makes rugby league the greatest game of all. He grew up in a migrant camp in Cowra and went on to become NSW’s first Origin captain.

“As a player there were none tougher. He was a brilliant halfback – what he lacked in stature he more than made up for in smarts and courage to become one of the best players of his era.”

Throughout his 14-year career, Friend has suffered repeated concussions. In round one this year, Friend suffered a third concussion in six months, which ultimately influenced him to hang up his boots.

Friend has played 264 games for the Roosters, represented Australia, and started at hooker for Queensland in last year’s Origin series win.

An official announcement is expected this week, but it’s believed Friend will remain with the Roosters in an off-field role. South Sydney have offered Adam Reynolds a new short-term deal, however the half-back is prepared to walk, favouring a lengthier contract.

With the likely retirement of Michael Morgan, due to a troublesome shoulder, the Cowboys are favourites to sign the 30-year old.

Despite South Sydney coach Wayne Bennett leaving the club at the end of the season, he has encouraged the club to hold onto Reynolds.

“When you’ve got an experienced one, I don’t like to let him go,” Bennett said. “I’m not going to be here, it’s not my team next year. I’m not the one who is going to coach it and manage it so it’s the club’s prerogative. 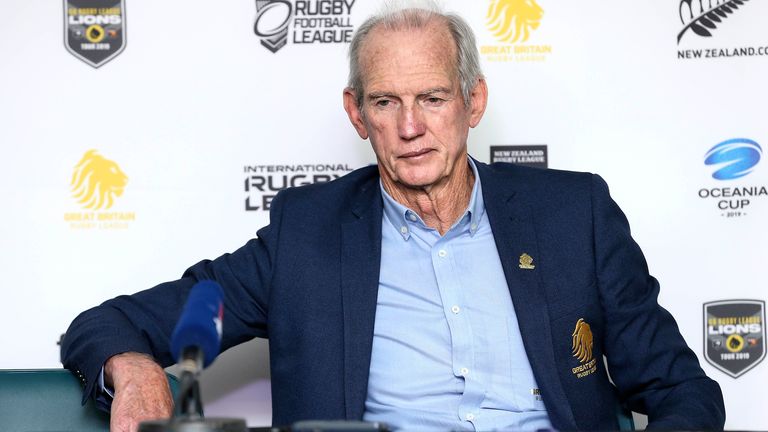 Wayne Bennett has confirmed he will move back to Brisbane at the end of the season, however he has ruled out a return to the Broncos.

“I never think about it (the Broncos), I’ve moved on.”

The former England head coach wants to continue coaching and admitted he had spoken about coaching the NRL’s 17th team, which is set to be based in the Queensland capital.

“I’ve had one phone call about the 17th team, a guy wanted to know if I was interested in coaching and I said in this point in time I would be, if something becomes available, and that’s it,” Bennett said. “I’ve made no commitments to anything.

“There’s no doubt I’m going back to Brisbane.”

“I love what I do, and I think I can make a contribution,” Bennett added.

“I love the challenge (and) the opportunity to help young guys be better and reach their dreams. It motivates me enormously. The fun that goes with that, the enjoyment and the hard work.

“I haven’t lost the passion for that and when I do, I’m not going to coach anymore.

“When I don’t think I can make a contribution I won’t be interested.”