Jake Mamo scored a hat-trick as in-form Warrington extended their winning run with an impressive 40-14 victory over Wigan, who have now lost their last four.

The Australian winger grabbed long-range interception tries in either half and another in the dying minutes as the Wolves enjoyed their first win at the DW Stadium since 2017.

Steve Price’s team dominated the game from the off, scoring three converted tries to race into an 18-0 lead and though Wigan rallied after the break, they had left themselves with too much to do. Wigan welcomed back Jackson Hastings and Liam Farrell after they had missed the last game due to international duty but were without the injured John Bateman.

Warrington led after seven minutes as Connor Wrench touched down after following up a kick to the Wigan in-goal area by Clark for a try which Ratchford converted.

The video ref cancelled out a try for Ratchford after a high bomb from Blake Austin, but Warrington scored their second try moments later. 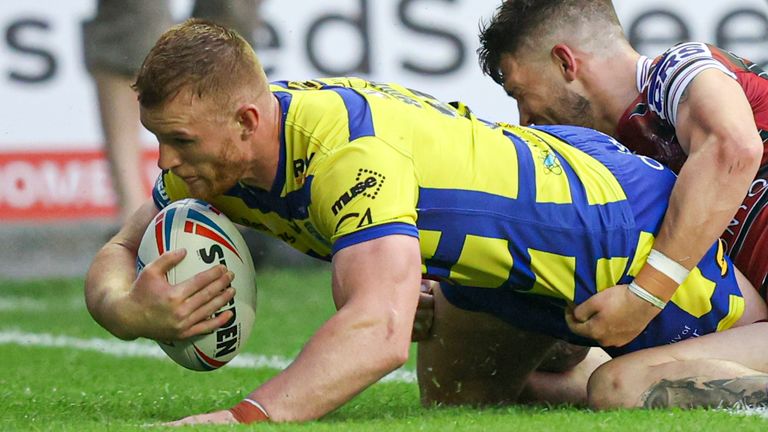 An overhead pass from Wigan centre Oliver Gildart was intercepted by Mamo and the Australian winger sprinted 80 metres to score. Ratchford again kicked the conversion.

Things went from bad to worse for Wigan as the visitors registered a third try in the 22nd minute. Austin made a half break and his inside pass gave Matt Davis a clear run to the line. Ratchford’s third goal made it 18-0.

The home fans finally had something to cheer when Sam Powell, who was making his 200th appearance for Wigan, took a one-handed pass in the tackle from Kai Pearce-Paul to score six minutes before half-time. Harry Smith kicked the conversion.

Two minutes before half-time, Ratchford pulled his drop-goal attempt wide of the uprights. 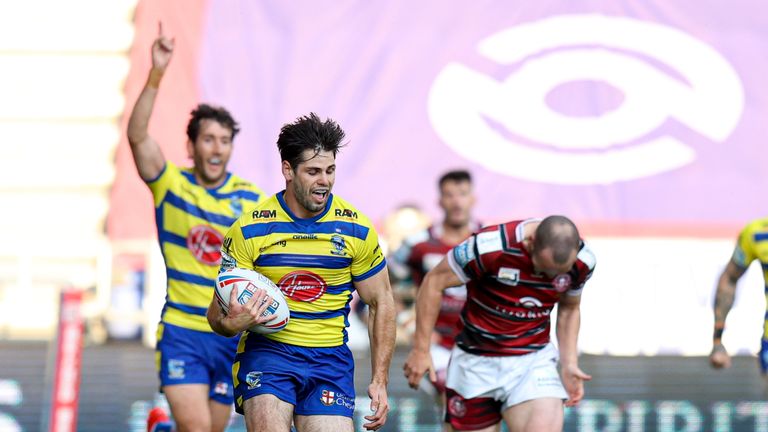 Wigan started the second half brightly but were once again embarrassed by a second interception try for Mamo. This time he picked out a Hastings pass and sprinted to the try-line from 70 metres; Ratchford’s goal made it 24-6 to the Wolves.

Hastings inspired an all-too brief Warriors revival as he helped set up two tries in eight minutes. First, his pass sent Willie Isa over in the 50th minute then a perfectly placed kick was well-read by Gildart who touched down. However, Smith missed both goals meaning Wigan still trailed by 10.

Warrington ended Wigan’s faint hopes of a comeback with 17 minutes remaining when Jack Hughes ran a great line to take a flat pass from Ratchford to score. There was no goal from Ratchford but 14 points was a lead Warrington always looked comfortable defending.

With seven minutes remaining, Currie produced a stylish finish to cut infield and score under the posts and Ratchford tagged on the conversion.

There was still time for Mamo to complete his hat-trick as Wigan’s attempt at a short drop-out spectacularly backfired with the winger reaching highest for the ball which barely travelled 10 metres and was able to stride away to the line. Ratchford’s goal was his sixth from seven attempts.