Poching’s men led 20-0 after 51 minutes and were comfortably placed at 26-6 until the Wolves came alive with three tries in five minutes to set up a tense finish.

Wakefield were clearly rocking but Lino eased their growing anxiety with a late penalty – his sixth goal from six attempts – to bring to an end his side’s five-match losing run and banish any lingering worries of relegation.

Former Wigan Warriors and Canberra Raidershalf-back George Williams scored his first try for Warrington, who had a chance to go second in Super League, but they paid the price for a dismal first half.

The Wolves were without suspended duo Daryl Clark and Jack Hughes but they had Gareth Widdop back to partner Williams in the halves after a four-match absence with a knee injury, which meant Blake Austin being relegated to the bench.

The opening try came against the run of play as Widdop’s attacking pass went to ground and Johnstone picked up the loose ball to sprint 80 metres for his first try since the opening round in March. 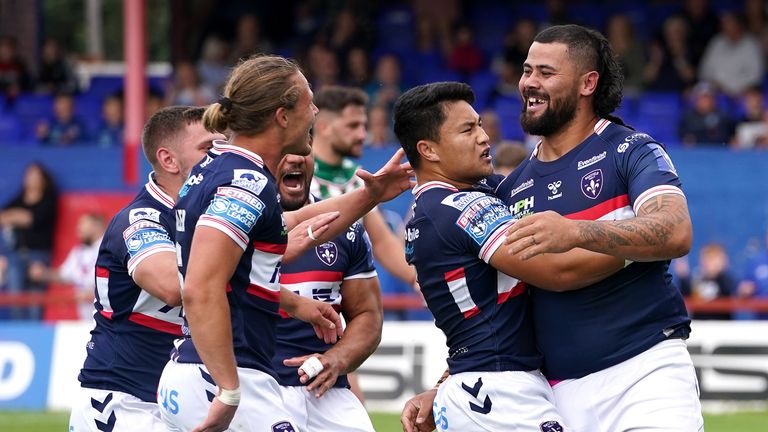 The try breathed confidence into Trinity and prop forward David Fifita added a second try midway through the first half, seconds after entering the action from the bench, charging through the tackle of England second-rower Ben Currie on his way to the line.

Lino, back in the team after sitting out the Huddersfield defeat with an ankle injury, converted both tries to make it 12-0, which is how it remained until half-time.

Hooker Brad Walker almost added a third try, losing his grip on the ball as he went for the line, while Wakefield comfortably contained all their visitors managed to throw at them.

A fumble by Johnstone on his own 20-metre line put his side under pressure but centre Innes Senior pulled off a tremendous tackle to deny Toby King and left-winger Tom Lineham crossed the line only to be brought back for an obstruction. 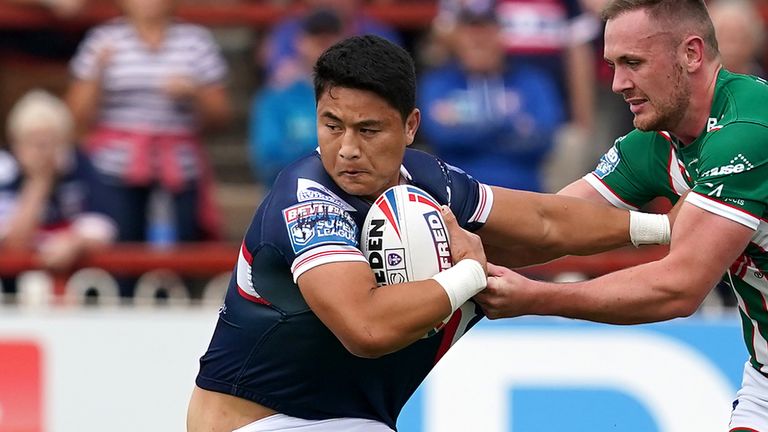 Poching had urged his players to play with a smile on their faces and they demonstrated their new-found freedom early in the second half with a superbly crafted team try.

Offloads from the tackle by Fifita and Eddie Battye freed second-rower Jay Pitts and full-back Max Jowitt also kept the ball alive for Lino to finish with a sparkling try. Lino kicked his third conversion and added a penalty after 51 minutes to put his side four scores in front.

Trinity threw away an 18-0 lead in their previous game and their fans might have started to question their fragility when Williams went over for Warrington’s first try with 56 minutes gone.

But Kershaw quickly assuaged any dark thoughts as he intercepted a pass by Warrington full-back Stefan Ratchford and sprinted 90 metres for a glorious try. 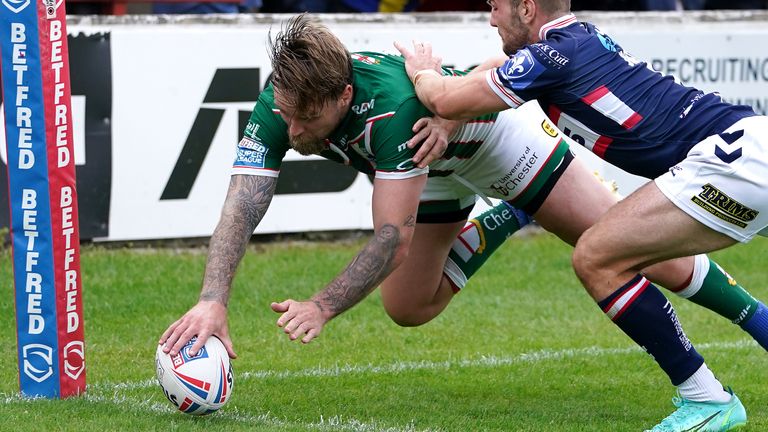 At 26-6, it looked over but Austin gave Warrington renewed hope with a try with 66 minutes on the clock and centre Jake Mamo then took centre stage to set up a grandstand finish.

The Castleford Tigers-bound Australian finished off a break by hooker Danny Walker to score one try and created another for winger Josh Charnley as the visitors piled on the pressure.

Ratchford added three conversions to narrow the deficit to four points, but Lino wrapped up the scoring with his second penalty.