Quins came into Sunday’s match as underdogs, having also lost star winger Jess Breach to injury in last weekend’s semi-final, with Saracens looking to defend back-to-back titles against the side they had beaten in both previous finals.

But it was Saracens who struggled with discipline as Quins settled in early, finding themselves just inches away from opening the scoring within the first four minutes.

The away side missed their first real opportunity when Sarries flanker Marlie Packer nabbed a wide throw from Quins’ lineout and saved the early damage.

Quins opted to kick after referee Sara Cox caught Sarries offside, and Tuima kicked cleanly between the posts for the first score of the match. 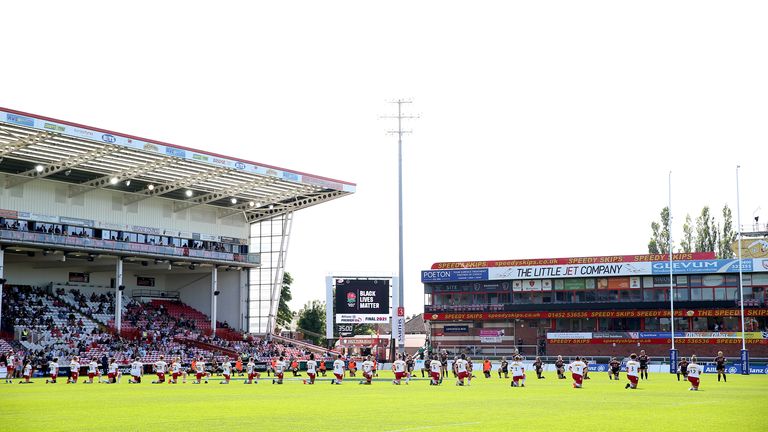 But Quins, already missing Breach, were dealt a huge early blow as captain Rachael Burford was brought down after just eight minutes.

Burford lay on the pitch in pain before limping off with an apparent knee injury, exiting the field with the help of two Quins staffers.

Youngster Izzy Mayhew came on in place of her skipper as Quins continued to press. Tuima’s boot was then tested once again after another Sarries penalty, doubling the points in the 12th minute.

Quins kept the ball within inches of Sarries’ try line, finally scoring the game’s first try, with Cokayne earning the credit from the driving maul to make it 11-0. 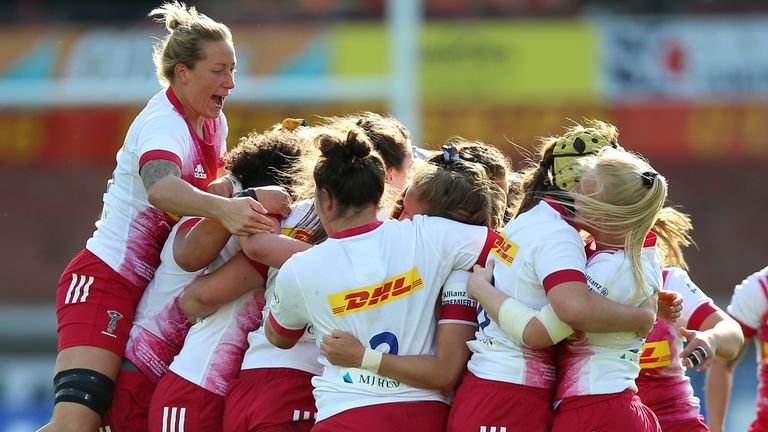 And it was the Quins hooker who would score again minutes later, dotting down in the 27th minute as Tuima failed to convert.

Sarries finally managed to claw back some points after a fired-up Packer broke free down the right and made it just short of the Quins try line before finally breaking through a pack of Quins defenders with Zoe Harrison converting for the extra two.

Tuima added three more before the break, booting in another penalty to send Quins into the second half up 19-7.

Saracens, who conceded 11 penalties to Quins’ three within the first 30 minutes, tested referee Cox’s nerves early in the second half, as Bryony Cleall earned a yellow card just outside the Quins 22. Tuima took advantage to make it 22-7.

Packer showed no signs of quit all afternoon and she scooped up the ball from the ruck to bring Sarries within 10 points in the 49th minute with her second try. 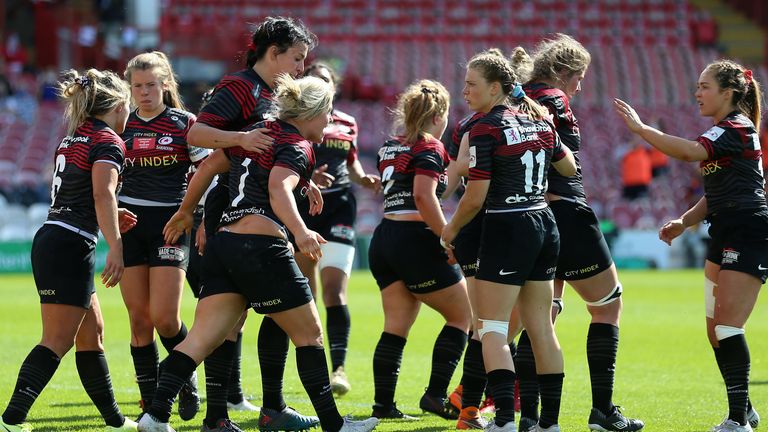 Quins, who had proven the more disciplined side throughout the first half, began to unravel as Abbie Ward and Cokayne were both sent to the sin-bin within seconds.

Sophie de Goede capitalised on the two-woman advantage, touching down in the 53rd minute to bring the match within four points.

With a comeback opportunity on the horizon, it looked like the momentum was finally in Sarries favour, but they conceded another penalty and Tuima slotted in her fifth successful kick of the game to make it 17-25.

It was enough to seal the deal for the underdogs – now champions.