Catalans Dragons showed just why they are top of the Betfred Super League table with a business-like 23-16 win over Hull KR at Craven Park.

Rovers were playing their first home match in almost two months because of a raft of Covid-related postponements and not even the return of 6,500 fans could see them halt the surge of the visitors who outscored the home side by three tries to two.

Michael McMeeken almost forced the first score when he burst through close to the Rovers line in the 13th minute as the home side again held out under sustained pressure.

Jordan Abdull’s kick on the last tackle nearly put Ryan Hall in at the corner but the wing was unable to get a hand to the ball as Rovers enjoyed their best period midway through the half.

Catalans finally broke the deadlock with 15 minutes of the first half to go when Rovers were penalised for taking James Maloney off the ball and the stand-off kicked a simple penalty.

Sam Kasiano had been the scourge of Rovers in the last meeting but his first contribution of note off the bench was to knock on. 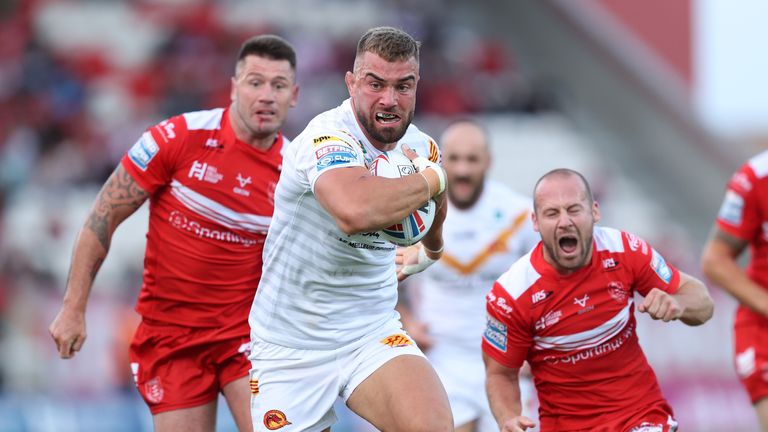 When Sam Tomkins was punished for interference on Dean Hadley with eight minutes to go to the break Abdull kicked his side level.

Catalans claimed the first try when Sam Tomkins arrowed a pass out wide and wing Romain Franco marked his debut as he dived in at the corner and Maloney added the extras with the interval approaching.

With time running out Abdull added a second penalty from in front of the posts to cut the half-time lead to four points with the score 8-4 to the visitors.

Catalans grabbed their second try early in the second half through Samisoni Langi when Rovers failed to deal with a high ball from Josh Drinkwater on the last tackle and Maloney’s kick made it 14-4.

Rovers desperately needed the next score and it came through Adam Quinlan whose dummy gave him just enough room to touch down on the right 13 minutes into the second half, Abdull’s conversion cutting the lead to four points.

Sam Tomkins jinked his way over for the visitors’ third try with 11 minutes of the game remaining and Maloney’s extras took the lead back out to 10 points. 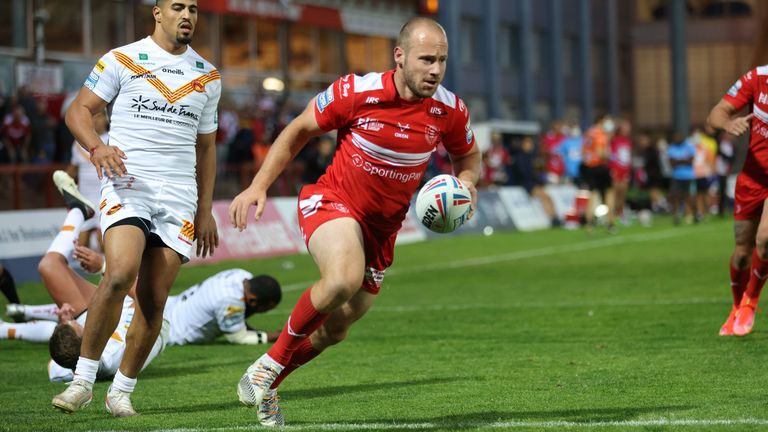 A second Maloney penalty with seven minutes to go meant Rovers needed two converted scores to even draw level. A Maloney drop goal then made the game all but safe for the Dragons who led 23-10.

Quinlan was on hand for his second try following good work on the right by Greg Minikin, Abdull’s conversion making it 23-16 with three minutes to go.

But Tony Smith’s side ran out of time and had to settle for second best once again to the Dragons despite Tomkins being shown a late yellow card.

Related posts:
Previous Post: Sources: Nuggets keep Barton for 2 years, $32M
Next Post: Nick Chubb relieved after signing extension: 'Cleveland is where I want to be'