England captain Emily Rudge scored two of her team’s 11 tries in a 60-0 win over Wales in the first women’s Test match between the two countries at Warrington’s Halliwell Jones Stadium.

Winger Fran Goldthorp and substitute Hollie Dodd, who made history by playing in the 2019 Women’s Challenge Cup final at the age of 16, were among the tryscorers on their England debuts.

It looked ominous for the Welsh from the start as England opened the scoring with a try after two minutes from centre Carrie Roberts, an Army Sergeant who was making her first international appearance since 2015. 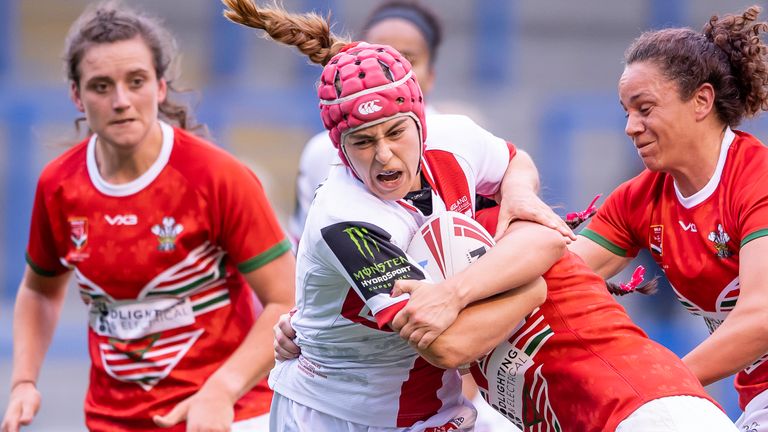 But the visitors, playing their first Test two years after their formation, showed plenty of determination and centre Lowri Norkett went desperately close to grabbing an equaliser while winger Eleri Michael created another chance with an interception – but England’s scrambling defence was spot on.

It took England until midway through the first half to score their second try, through hooker Tara Jones, and others followed at regular intervals through Goldthorpe, centre Amy Hardcastle, substitute Shona Hoyle and stand-off Georgia Roche. 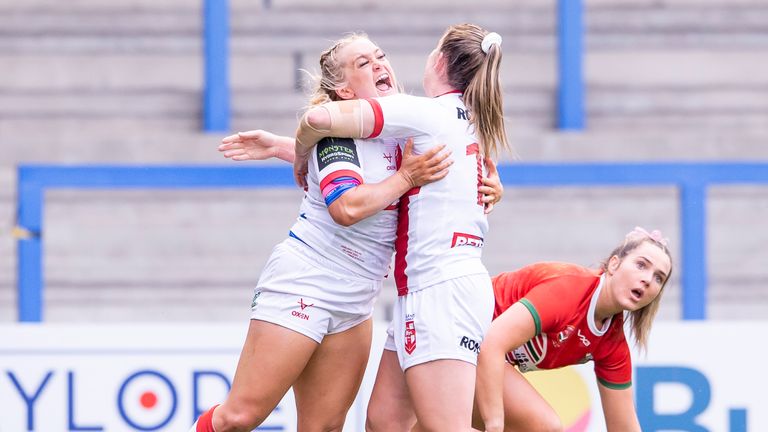 Leading 34-0 at the break, England made the best possible start to the second half with Rudge scoring her second try after just 90 seconds.

That was expected to open the floodgates but Wales staged something of a rearguard fight until tiring in the last 25 minutes.

Winger Caitlin Beevers scored on 50 minutes before substitute Georgia Wilson, Rudge and Dodd ran in others in the last 11 minutes.