Brown and her Quins teammates are dying to shed their perennial runners-up tag after losing in both finals to their London rivals since the new top-tier women’s rugby competition began in 2017.

The 31-year-old Londoner qualified as a first responder with the Kent Fire and Rescue Service and made her debut with the Twickenham Stoop-based side in 2016. On and off the pitch, she knows how to handle the heat.

She said: “[In fire service training] I was just knackered every day. You’d be in your personal protective equipment outfit, it’s boiling hot outside, and you’ve got to go into a burning building and rescue someone.

🏆 Good luck to @HarlequinsWomen in your @Premier15s final on Sunday.

“And it’s hard, it’s hard not only physically because you’re sweating one out underneath but mentally knowing what you’re going into do.

Quins will have to find something extra on Sunday after losing star winger Jess Breach to injury in last weekend’s 25-14 semi-final victory over Wasps. 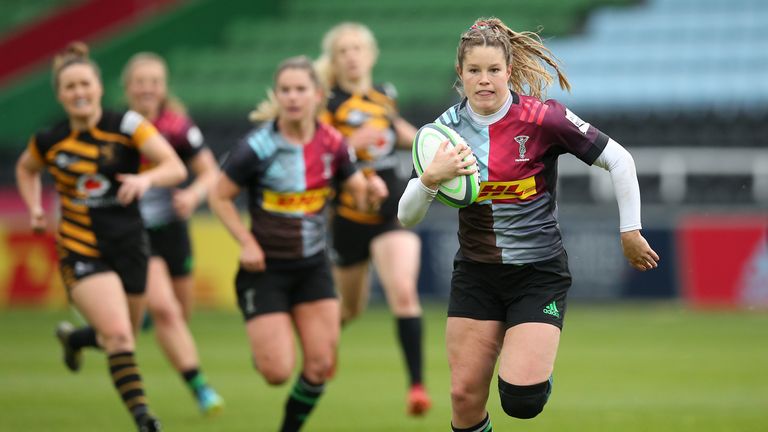 Brown was shaken to see her teammate carried off on a stretcher last weekend, and vowed to put in an extra effort in her honour.

If Quins are to stop Saracens on Sunday, they’ll need to solve the problem of the blistering force that is Poppy Cleall.

Brown’s England teammate was named Six Nations Player of the Championship and will be gunning to cap off her sensational season with another trophy. 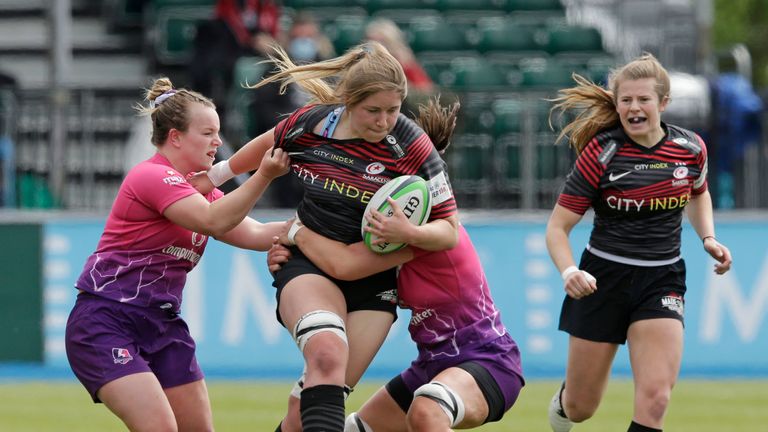 Alex Austerberry has made just one change from the Saracens side that beat Loughborough Lightning 28-24 in their exhilarating semi-final, which saw Cleall and her twin sister Bryony scoring two tries apiece.

Sunday will see Holly Aitchison taking over at inside centre, shuffling Hannah Casey to outside centre and Sydney Gregson to the wing.

The back row agreed last month’s unique Six Nations format, which included a Finals Day, was an ideal run-in to the last match of the domestic season.

She said: “It’s very rare in the women’s game apart from in the league. We don’t get any other thing other than a World Cup, and that’s every four years.

“Knockout rugby is a different kind of rugby. It’s all about who turns up, they’re the best in the day, adapt to the conditions early enough, settle their nerves, and manage to put out how their team wants to play on the day.

“Coming from that Six Nations final it’s just another bit of experience you can put in your back pocket.”